When Jawbone first unveiled its new UP3 fitness tracker back in November last year, we wrote about some of the advanced tracker’s best features. Fast-forward to this week and since we published this story about the UP3’s delayed release date we’ve had so much interest from our readers about the wearable, so we’ve decided to bring you a reminder of all the amazing things to expect from the UP3 – when it finally gets here, of course.

Before we delve into the Jawbone UP3’s more unique features, let’s take a look at the basics. Well, it’s a wristband tracker with LED lights that can track steps and exercise activity with a precision motion sensor, it has a silent alarm, will be upgraded often with software updates, can keep an eye on the calories you’ve burned and allows you to set fitness and nutrition goals.

So even without the more advanced add-ons we’ll come to next, the UP3 will already give most of the top wearables of the moment a run for their money.

Before last year, heart rate sensing was left to super-advanced fitness trackers and chest straps, now Fitbit, Garmin and Withings are getting in on the action too, so it makes sense that the UP3 is built to compete with the other key players.

The wearable uses what’s known as a bioimpedance sensor. This sensor basically measures the resistance of both tissue and blood flow from your wrist in order to track your resting heart rate. You don’t have to tell the UP3 to get to work either, it’ll capture this data automatically before you start moving in the morning so it’s set for the rest of the day.

The Up3 also keeps an eye on your heart rate throughout the day and when you’re exercising, presenting you with a range of metrics within the accompanying app. But it’s the resting heart rate that’s the most important bit in terms of tracking your health and check on your active heart rate if you have fitness goals and do a lot of interval training.

There’s no screen on the UP3, just LED indicators. This might be an immediate turn off for people who like always-on data and some notifications, but if (like me) you like your tracker to keep quiet until you’re interested in your data then the UP3 is for you. I was worried that as more tech companies advanced the insides of their products they’d beef up the exteriors too, but I really don’t think a screen is necessary with Jawbone’s great accompanying app. 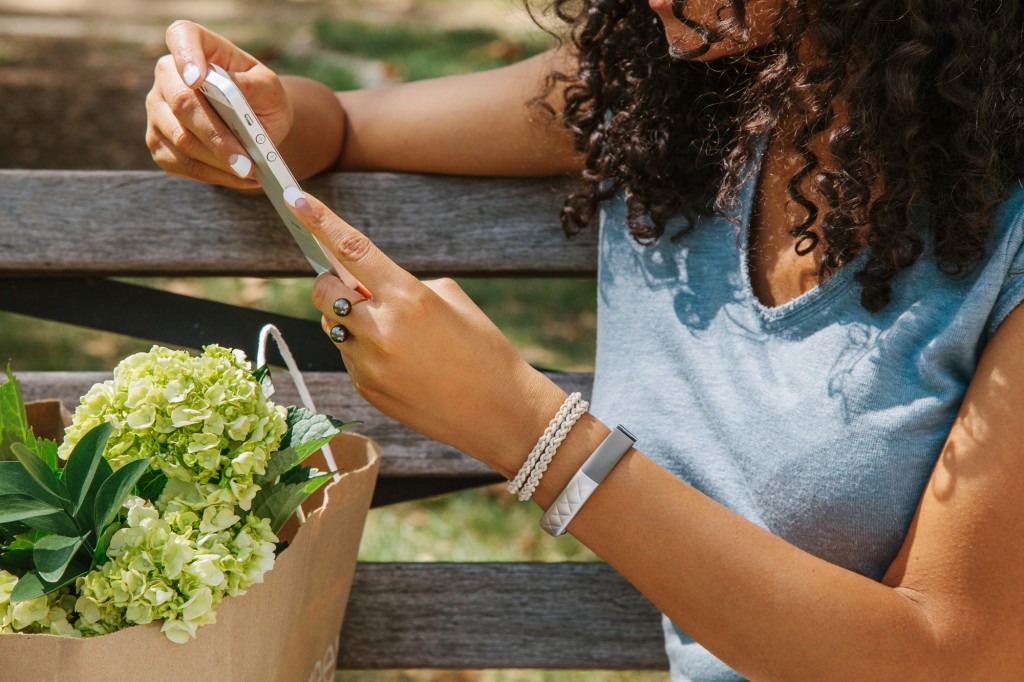 Jawbone claims the UP3 has something called ‘auto activity classification’, which means you don’t have to tell it that you’re doing certain step-based activities, it already knows.

But if you’re cycling, doing yoga or any other exercise that isn’t based on steps the activity logging is simpler than ever, you can use the Stopwatch feature from within the app to ‘tag’ the start and end of any other kind of activity. After that you can then log the type of workout. Although you may not have to do that forever, the band has built-in algorithms that use information, based on you and the way you move, that can ‘learn’ the activities you get up to over time. I’m really excited to see how this works and how accurate it is going forward.

The Jawbone UP3 is water resistant up to 10m, which doesn’t sound like a big deal but immediately sets it apart from devices like the Fitbit Charge, which the brand recommends you have to take off even before showering. You may not think that’s a huge deal, but while I was reviewing the Charge I took it off to shower and swim a few times and it for some reason completely forgot to put it back on again, which is obviously a real barrier to me wearing it 24/7.

It tracks the different stages of sleep

The UP3’s bioimpedance sensor is able to measure heart rate, respiration rate, temperature, galvanic skin responses and uses an accelerometer to keep an eye on your movement to detect the four most important stages of sleep, so it’ll know when you’re awake, sleeping light, in REM sleep and in deep sleep. Although some other wearables can present this kind of specific data, it’s one of the most thorough – so definitely a go-to for those keen to improve their sleep with a wearable. 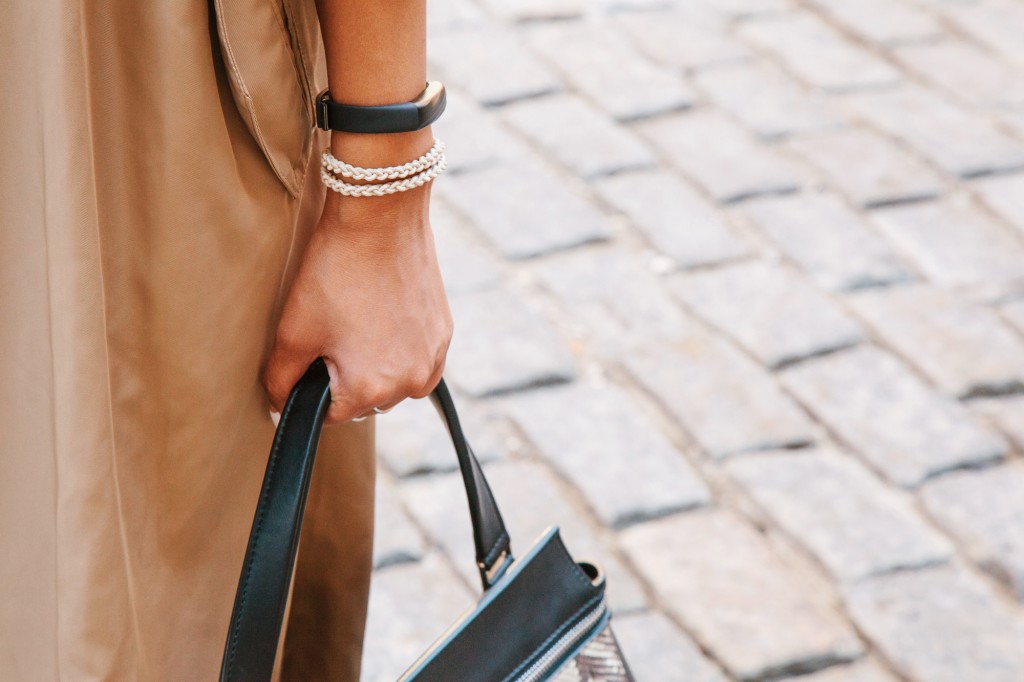 It looks good and actually wearable

Just like past UP wearables, the Jawbone team brought in the design skills of Yves Béhar for the UP3. It’s a slim and sleek wristband made from anodized aluminium and cased in hypoallergenic rubber. There’s only one size, but it’s adjustable and it weighs 29g.

The UP3 will first ship in silver and black designs, but judging from all the lifestyle shots on the Jawbone website more colours will be added to the line-up shortly.

The band has three different lights and they flash different colours depending on what you’re doing: blue for sleep, orange for activity and white for notifications.

I personally think that it’s one of the best wearables I’ve seen yet (this might all change when I see one IRL) that manages to merge fitness band and stylish bracelet into one – especially if were talking about the colourway in the photo above. It just looks like a piece of jewellery. But not in a tacky, try-hard way.

Fitbit revealed its new product lineup a few days before Jawbone announced the UP3, so the Fitbit Charge and Charge HR are probably two of the most similar devices on the market with a similar price point, similar features and similar design.

Of course there’s competition from all directions at the moment though depending on personal preferences. Those more dedicated to fitness will likely opt for a more exercise-orientated device, like maybe the Mio Fuse, smart watches are set to become huge this year for those keen on notifications as well as tracking features and of course, my personal favourites, the Misfit Flash and Shine are great if you’re a swimmer, too lazy to charge your wearable and you’re on a budget. The choice is becoming huge and massively varied depending on your taste and lifestyle. Having said that, the UP3 does certainly have the advanced tech sensors, design and awesome accompanying app needed to stand out in this increasingly crowded marketplace.

Well, it’s still a bit of a question mark. The UP3 was due to be shipped within 6 weeks of its unveiling back in November, but no one has their hands on one yet. According to sources on the web today, the UP3 will likely be with people who pre-ordered in about ten to eleven weeks’ time – in other words, at the end of April or beginning of May.

So what do you think? Does the tracker sound like it deserves the hype it’s been getting and will be worth the wait? Let us know if you’ll be getting one in the comments below.