Jawbone has unveiled a new activity tracker today called the UP3. The brand’s most advanced device yet, the UP3 is built for fitness with a heart rate monitor and sensors capable of recording different stages of sleep.

Described by Travis Bogard, the VP of Product Management at Jawbone, as ‘the world’s most powerful tracker in the smallest possible design’, the UP3 is packing a number of sensors, including a new tri-axis accelerometer, bioimpedance sensors and skin and ambient temperature sensors, too.

The device tracks everything the UP24 already had covered, like your steps and activity throughout the day, which it delivers to your phone automatically via Bluetooth. But using all of the new tech, the device also delivers heart rate data to the wearer, which is a pretty substantial new update on its predecessor.

UP3’s second major USP is that it provides you with much more detailed information about your sleep cycles, including REM, light and deep sleep. All of the data is then fed back into the Jawbone UP app, which its intelligent Smart Coach feature interprets to encourage users to move more, sleep more and stress less. 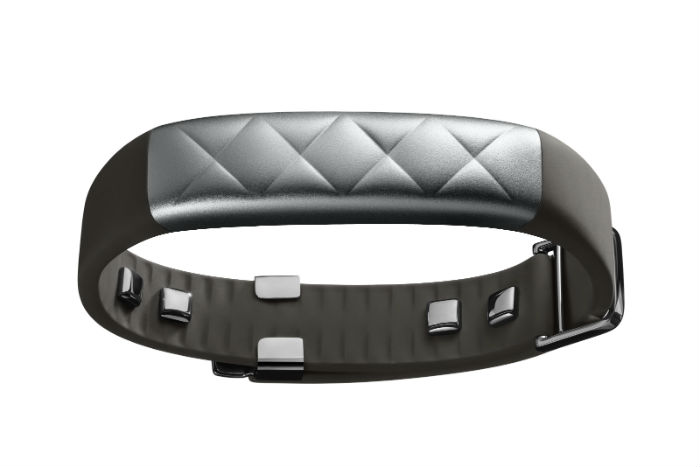 Like the UP24, the UP3 was dreamed up by Yves Behar and looks similar to the rest of the Jawbone family with a slim and stylish design that’s subtle enough to transition from day into night and from the gym to the office. The main difference in terms of aesthetics is that the UP3 is a full band, and doesn’t have the pull-on, pull-off style of the older activity tracker. Some people may miss that convenience, but I prefer the new fastening as sometimes the UP24 digs into my wrist a little too much.

It’s hard to make a judgment about the UP3 before I’ve had chance to review it, but with added heart-rate tracking and advanced sleep data collection it could well live up to Jawbone’s claim that it’s the ‘most powerful tracker’ on the market in time for Christmas. But, it’ll definitely be given a run for its money with Fitbit’s new range of activity trackers set to hit the shelves around the same time.

The UP3 will come in two different colours, black and silver, and will be available for £149.99 from Jawbone.com and other major retailers.