With thanks to Vodafone for the handset.

The smaller of Vodafone’s two Smart 4 handsets, the Smart 4 Mini is an entry-level Android at an appealing £39. It’s only on Vodafone (obviously) and some features are more compromised than you might like, but the screen and battery hold up well and you won’t have to worry much about breaking it. For the price of a night out, this is pretty good.

The Vodafone Smart 4 Mini is made by Alcatel, and if you’ve used one of their handsets before, it shows. It has the familiar rounded, plasticky back cover that we’ve seen on phones like the OneTouch Pop S3, which snaps off easily to reveal removable battery, microSD slot and full-sized SIM port. The phone comes in black or white, but there’s a yellow and pink accessory pack available separately if you fancy changing up the look of your phone. At this price, the option to customise is welcome, but spending extra money seems a bit daft.

The full-sized SIM is a duff decision – yes, it’s a cheap handset but most of the components are at least up-to-date, if not the best on the market. This makes it look years behind.

Overall, the Vodafone Smart 4 Mini is a fairly standard-looking smallish handset, although thicker than most at 1.2cm. Its form factor actually reminds me quite a lot of the similarly-priced Microsoft Lumia 530, only without the eye-melting green. 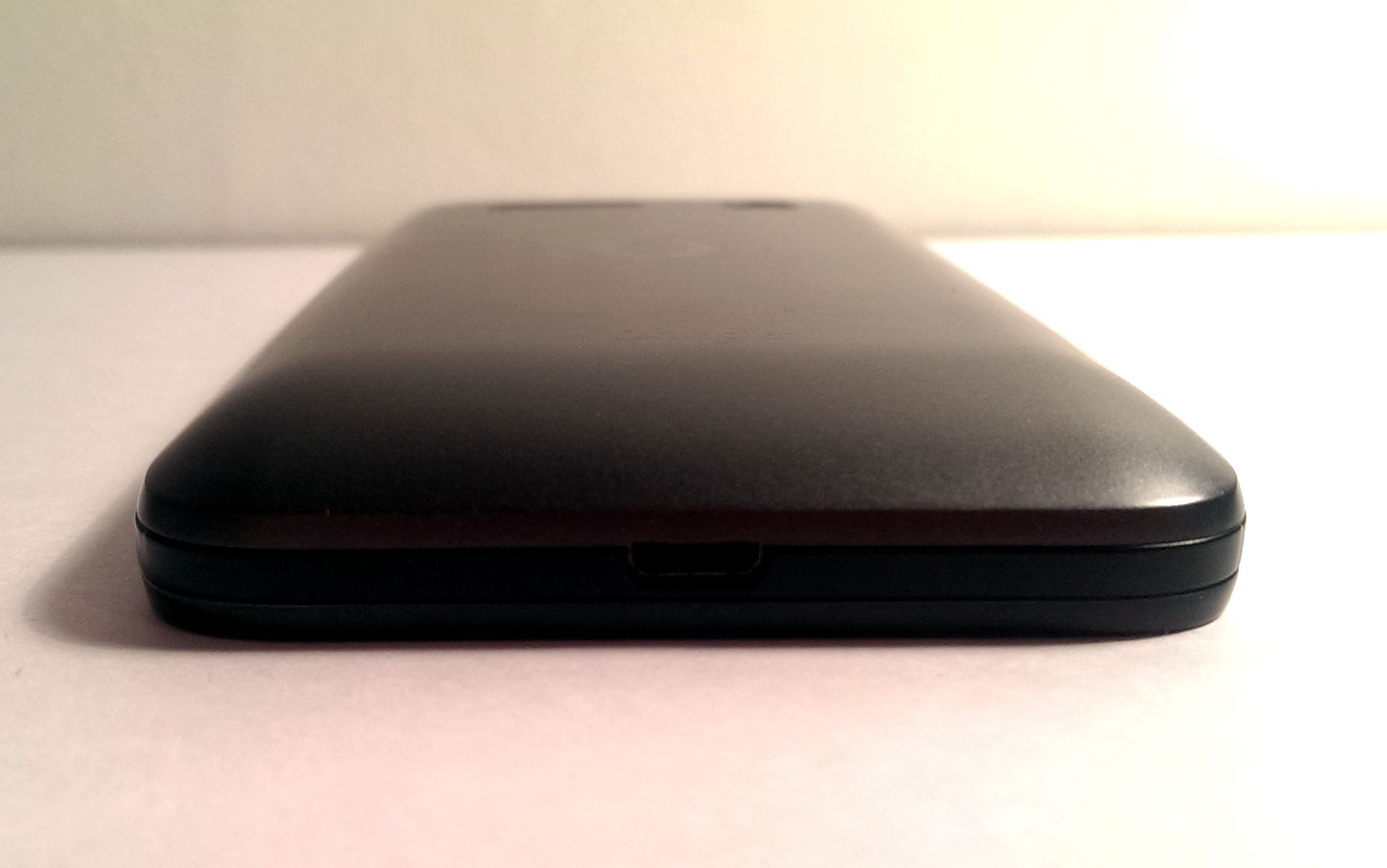 The rounded back ensures the Smart 4 Mini nestles nicely in your palm, and it doesn’t rock much when typing on a flat surface (which was a huge problem for the HTC One Mini 2). At just 117g and 12cm tall, it’s brilliant for taking on a night out: it fitted in even my tiniest clutch bag and added next to no weight. Its thick, chunky build makes it feel like it’d be fairly robust, too – I wouldn’t worry much about dropping this one, especially given that the screen is plastic and not glass. Besides, if you scratch or chip the back cover, it’s easily replaced.

The 4-inch screen has the giveaway ‘budget phone’ bezel, complete with 3 capacitive buttons. They don’t have backlighting, but that’s to be expected for £39, and I didn’t notice it much when using the phone. 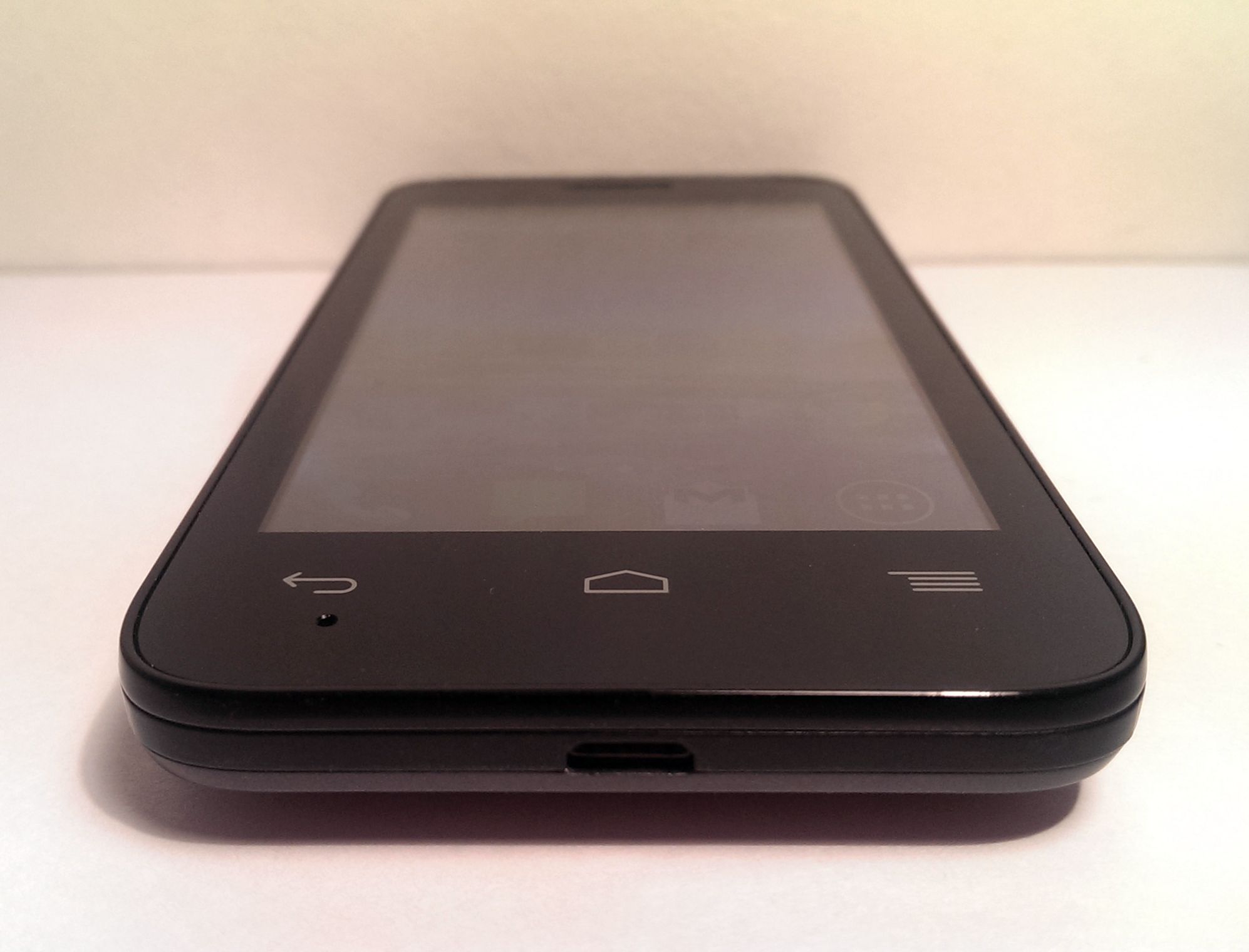 Internal storage is only 4GB (and 2GB of that is taken before you even switch it on), so you’ll likely want to use the microSD slot, which officially accepts cards up to 32GB. Some users say they got higher-capacity cards to work, but your mileage may vary.

Unsurprisingly given that it’s badged ‘Vodafone’, the Smart 4 Mini is locked to that network. It doesn’t offer 4G – you’d need to double your budget and go for something like the EE Kestrel to get that.

The speaker on the Vodafone Smart 4 Mini is unusually positioned next to the rear camera at the top, and makes a decent amount of noise until you put it down or accidentally cover it with your hand. It doesn’t go as loud as other phones, and the back panel vibrates when you’re playing music at top volume, but this also happens with the much more expensive Samsung Galaxy S5. The bundled headphones are uncomfortable and sound leaks terribly, so I’d definitely recommend getting some better ones – particularly if you’re going to be listening in public. No one needs to hear your 90s emo playlist on the bus.

Despite the price, you still get a dual-core 1.3GHz processor in the Vodafone Smart 4 Mini, although I’d have preferred 1GB of RAM to the included 512MB. It runs Android Jelly Bean, so you’re a version behind, but this is the case on quite a few mid-range phones too.

Performance is good on the whole, but there are some noticeable pauses when opening larger apps like Spotify. Occasionally the phone slows down or gets confused when you do several things in quick succession: sharing some photos to Dropbox and creating a new folder to put them in caused the phone to hang and the app to need relaunching. None of this is surprising given the cost, and actually it does better than it could have for £39.

You won’t be surprised to hear that intensive games are a total no-go on this device. It’s just not going to happen. But your simple Flappy Bird-style ones are fine, and only stuttered a couple of times in testing.

Vodafone haven’t altered stock Jelly Bean much, which is laudable. There’s a sprinkling of Vodafone apps and widgets on setup, but some are removable, and there’s no pesky manufacturer overlay to deal with. It’s just Android with a couple of extra bits, and that’s good.

The display on the Vodafone Smart 4 Mini is admirable for the price. It’s a 4-incher, which means the keyboard feels cramped and side-menus end up dominating the content, but it’s much better than I was expecting.

At 480 x 800, it offers the same resolution (and 233 pixel-per-inch count) as the Alcatel OneTouch Pop S3, which is twice the price and doesn’t look as good. Icons and photos are clear, colours are faithful and well-saturated, and there’s none of the Vaseline effect we saw on the Pop S3. Viewing angles are decent: you can turn and tilt the phone a bit without darkening the picture too much. It’s worth noting, though, that turning it one way results in a decent picture, while the other way is unusable– I’ve demonstrated this in the video review:

The plastic-covered screen means haptic feedback is much springier than on glass phones: it feels a bit like a banjo string and takes some getting used to. If you push too hard on the screen, you’ll feel the plastic flexing, too. But there’s really no need to apply that kind of pressure – it’s perfectly responsive.

First things first: there’s no front-facing camera on the Vodafone Smart 4 Mini. That’s wise, given that it’d have to be a pretty poor effort at this price.

The main (only) camera, then, is a 3.2MP fixed-focus number with no flash. When it focuses properly, images come out looking good. But often it doesn’t focus where you want it to – especially at close range – and there’s not much you can do about it. I found the only way to guarantee a good shot was to take loads of them, and keep as still as humanly possible. 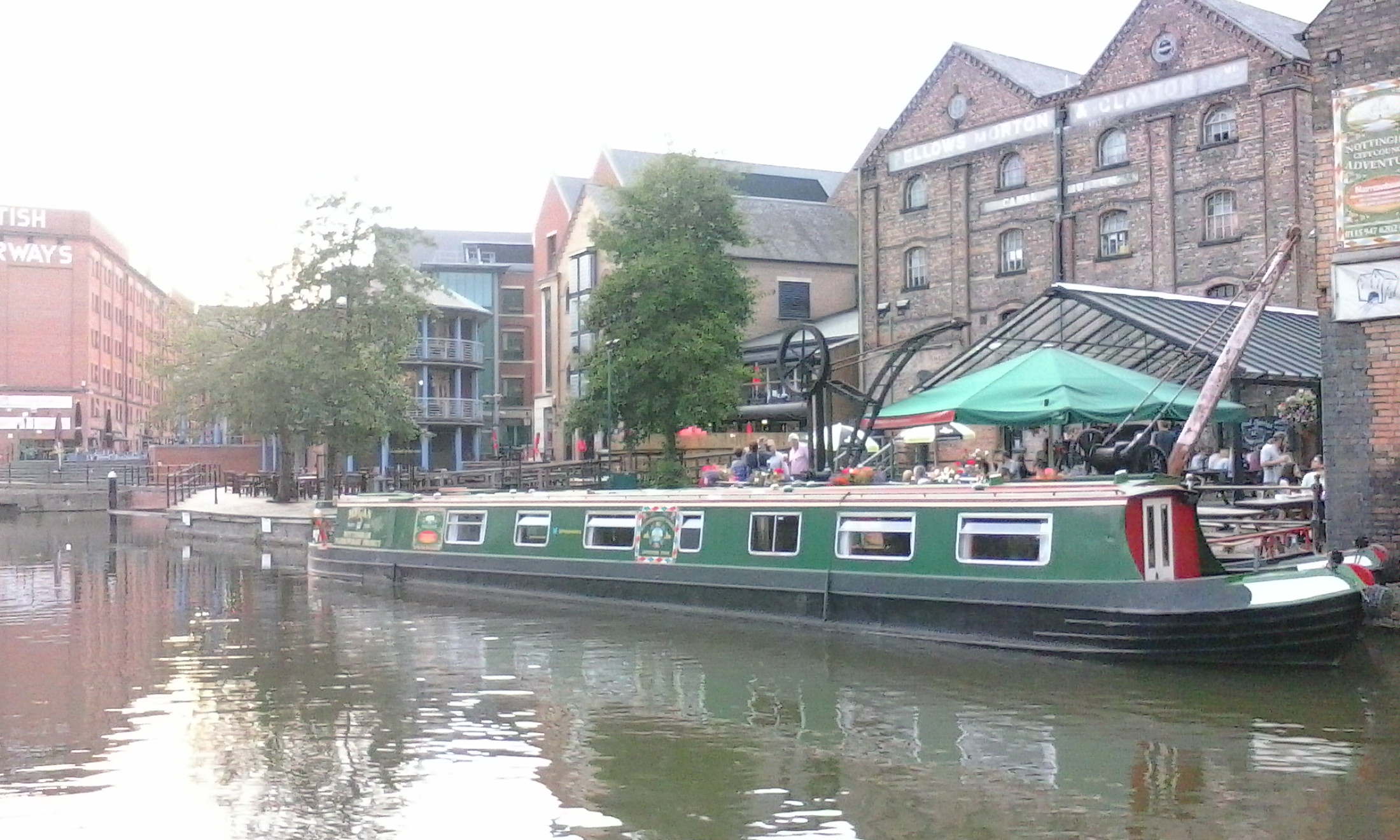 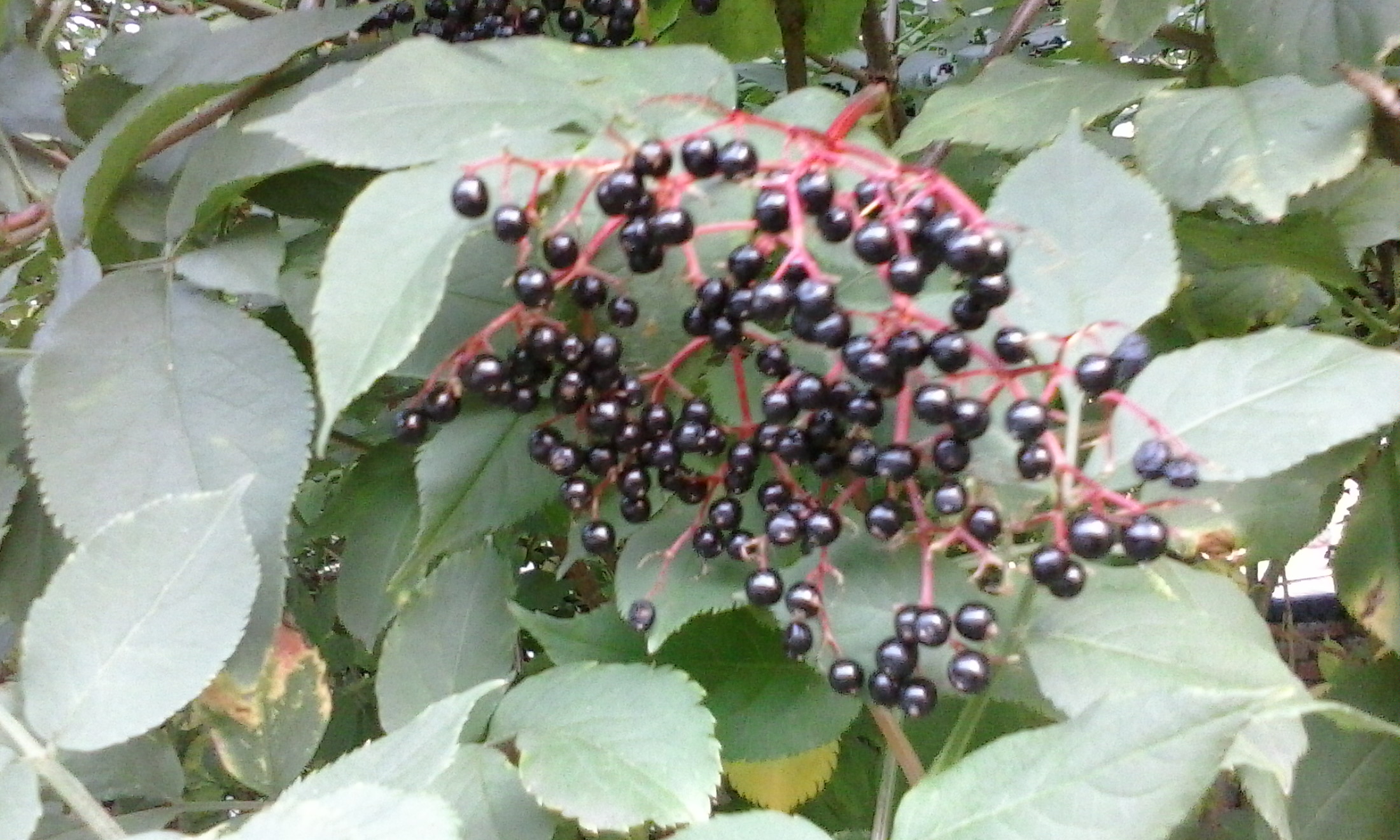 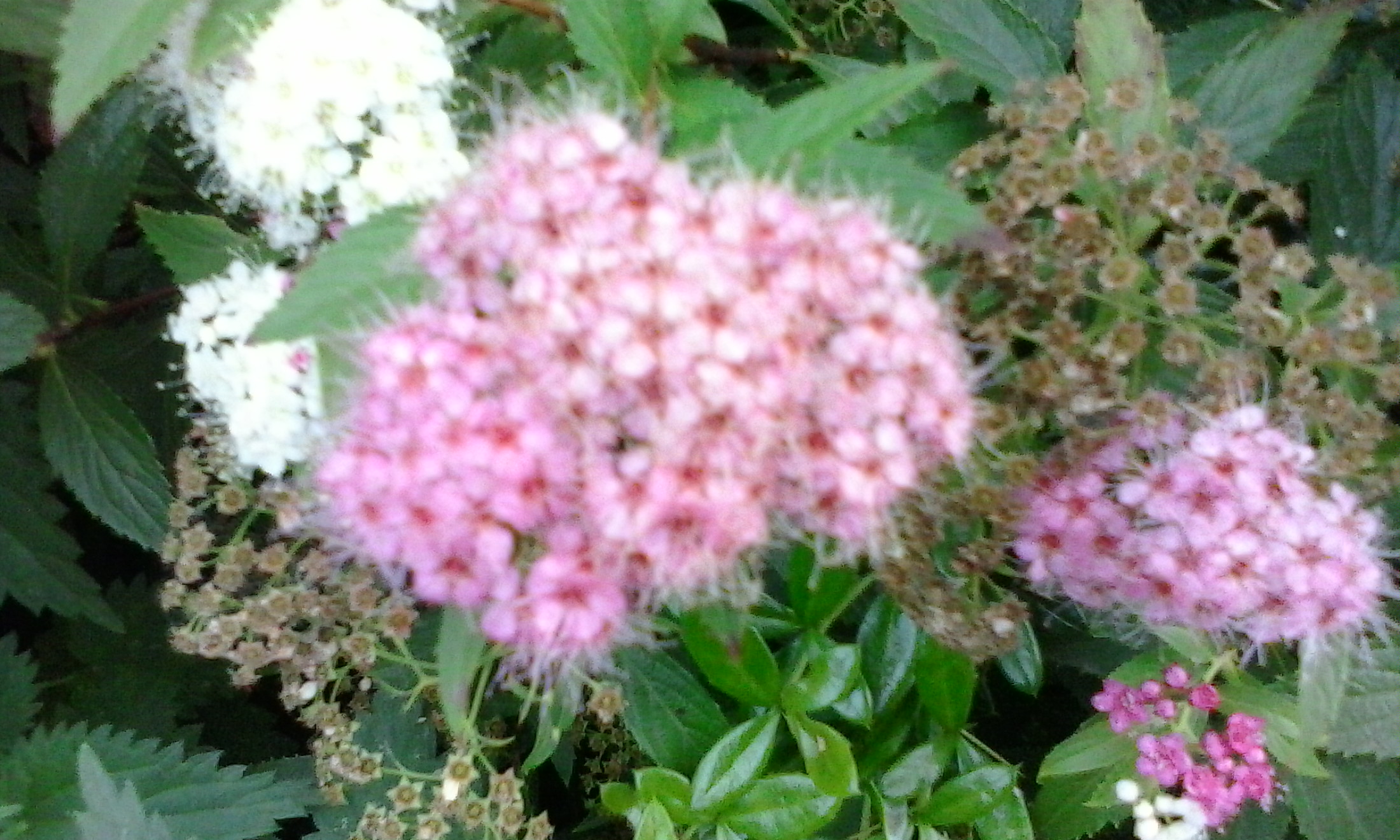 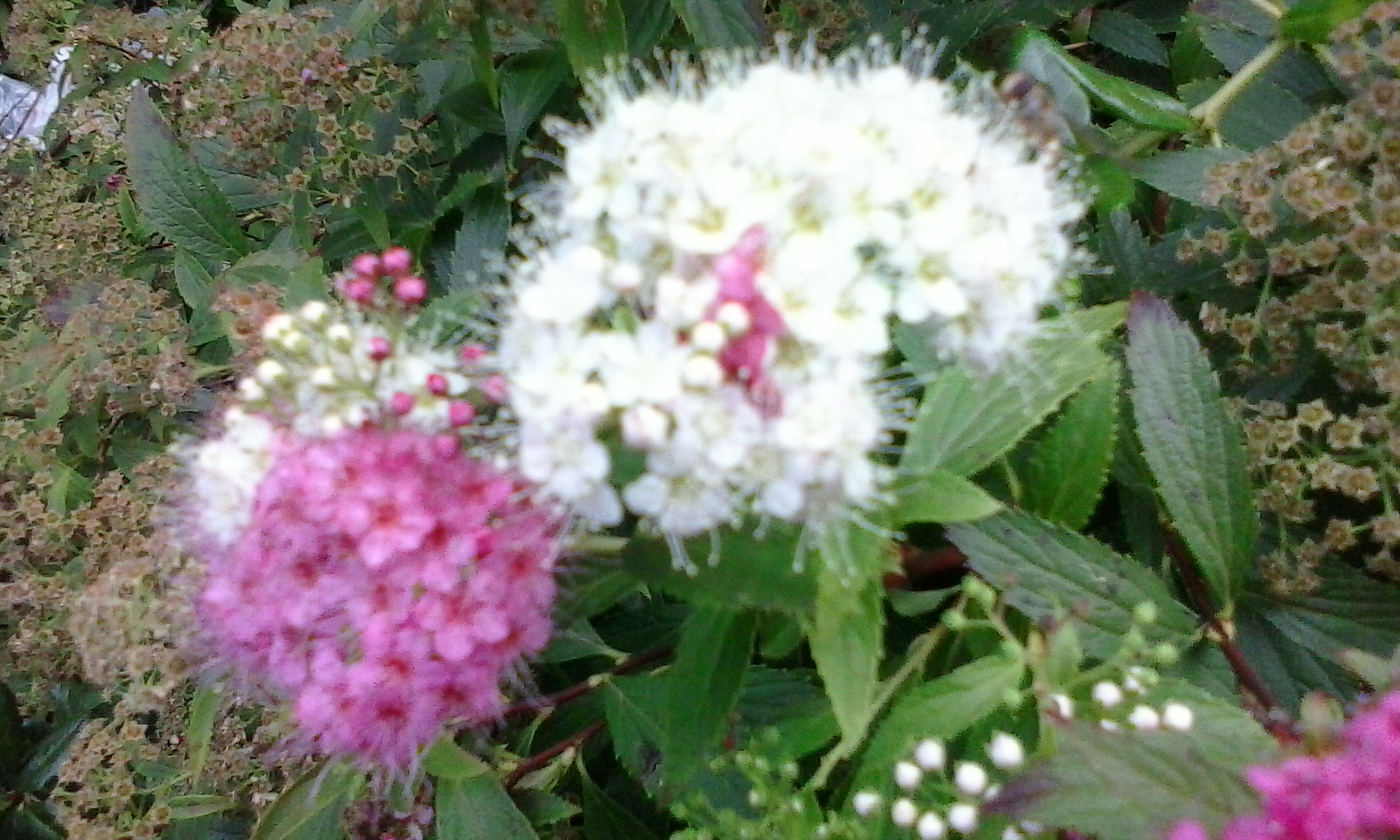 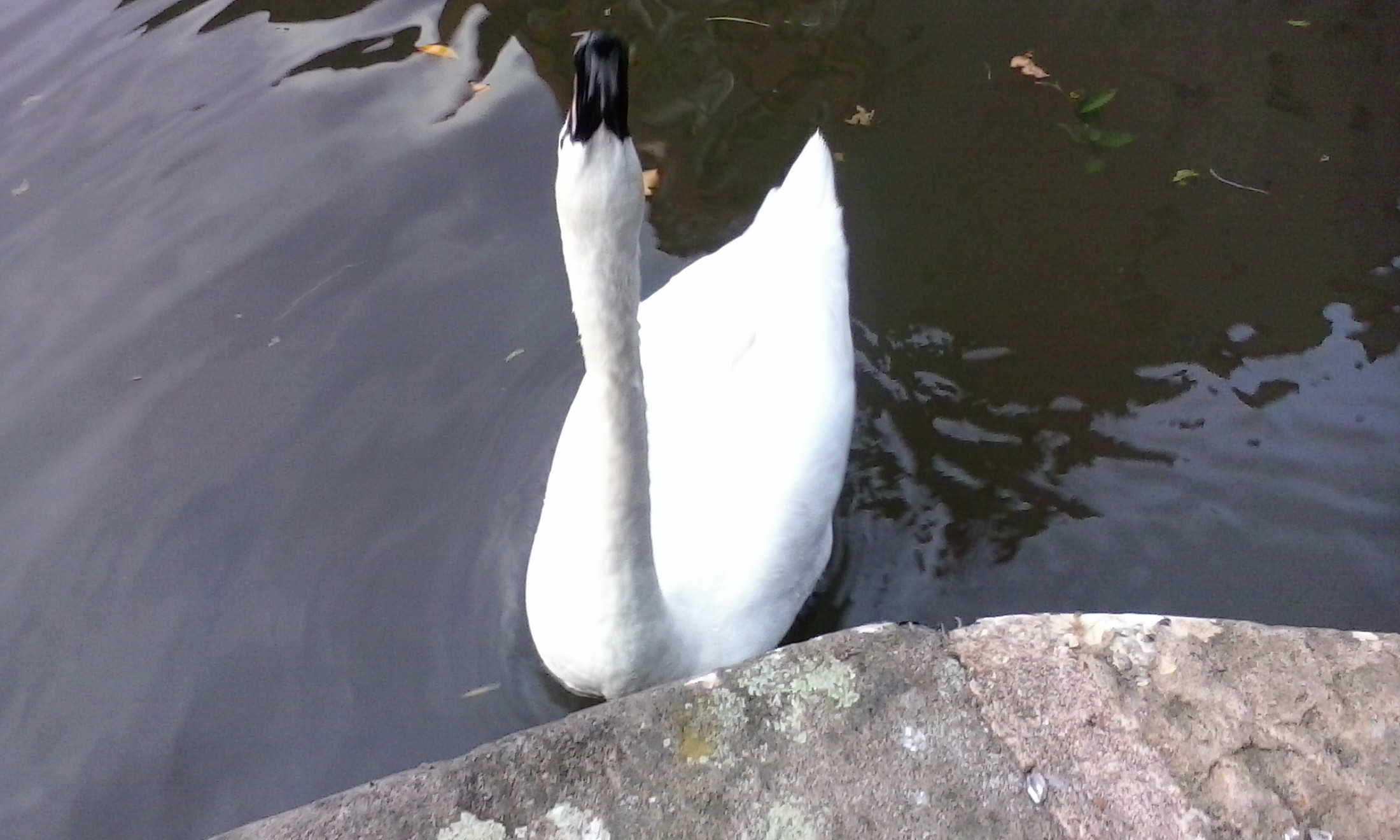 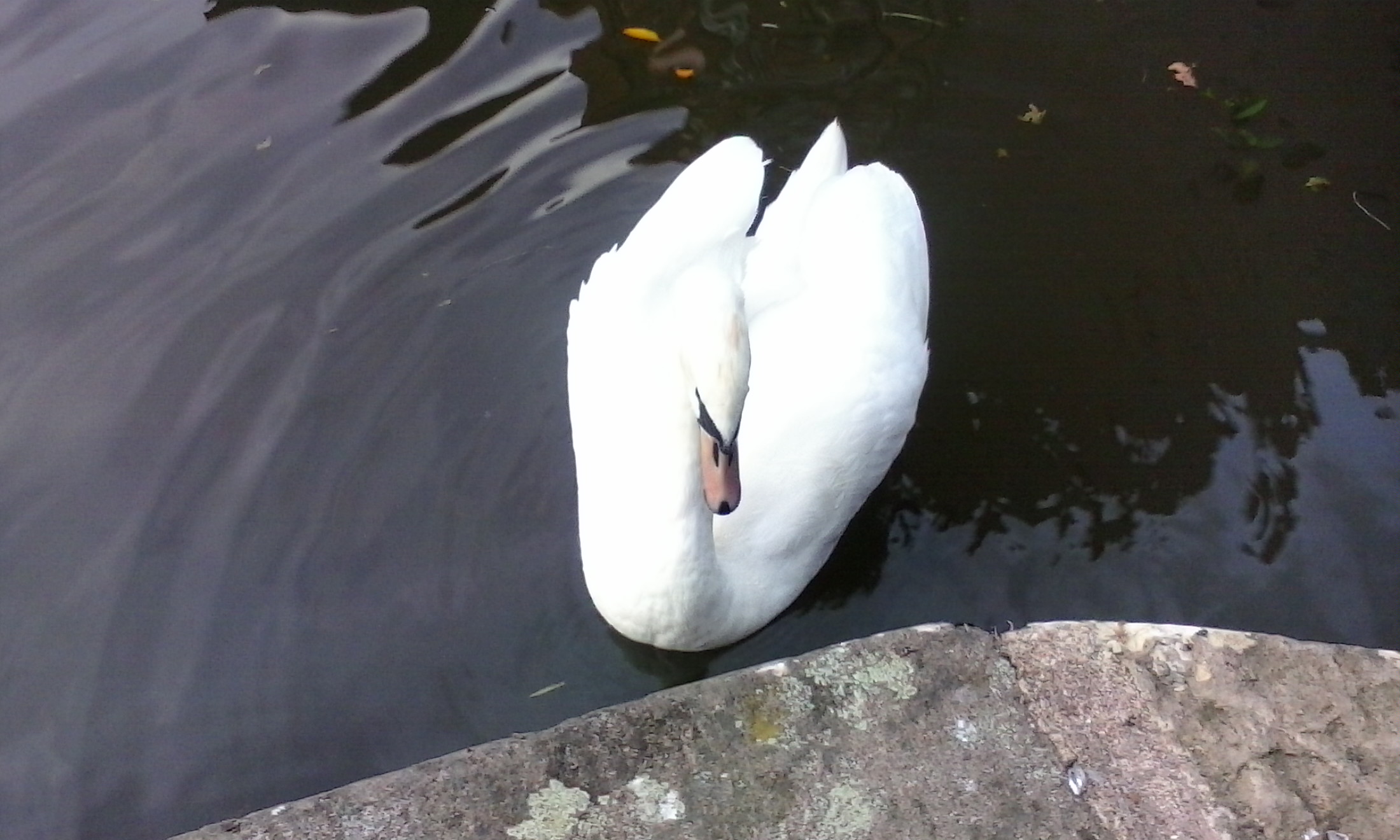 As you can see from the swan and flower photos, the Vodafone Smart 4 Mini camera doesn’t deal well with bright whites, losing almost all the detail. It wasn’t a sunny day, so the overexposed look is disappointing.

The canal image came out better, with a respectable amount of colour and detail (sky notwithstanding), but given that these are the best shots from a set of about 20, it’s not great. And you don’t want to do any zooming on the images you’ve taken: things turn very grainy, very fast.

Predictably, low-light photos aren’t worth taking, and without a flash there’s no chance of night shots. The video function is OK, but the microphone produces a surprising amount of static-y white noise even indoors. And of course there’s no manual focus, so if you’re filming a video and your subject goes fuzzy, you’ll have to start again.

Granted, it’s a £40 phone, but I’d still expect better than this.

The Smart 4 Mini really does punch above its weight, and the battery is one of the reasons why. It’s only 1400 mAh, but is an able match for the phone’s hardware, so lasts longer than you’d think. With normal usage, it was getting thirsty for a charge around mid-evening, which has been the case with several more expensive phones with higher-capacity batteries. It’s never going to be a marathon runner, but it’s more than adequate for sprints.

I ran the standard test of streaming a fullscreen film over Wi-Fi, with GPS enabled and screen brightness set to maximum. From an initial 100% charge, the Vodafone Smart 4 Mini battery had 28% left at the end of the two hours. For a super-budget phone, that’s pretty good. In fact, it’s only one percentage point lower than the £230 Archos Helium 50 scored, and that has a 2000 mAh battery.

The Smart 4 Mini’s battery is also removable, which is something most £600 handsets don’t offer, so if you’re going on a train journey and know you’ll exhaust the power pack, you can bring a spare.

In short, this phone will last for three-quarters of the day at normal use or just under three hours of streaming. Not half bad.

The Vodafone Smart 4 Mini definitely exceeds expectations at this rock-bottom price. I’d like to have seen a better camera and more available storage (less than 2GB remained before I even used it), but the screen and battery performance impressed me, and the boxy look can be improved with the optional extra covers. This is a phone I could definitely see buying as a backup or travel handset, or while mine was being repaired – you can easily spend £39 on a meal out, and this seems like better value.

If you’re not a Vodafone fan, of course, this phone won’t be for you – and you might need to trade your SIM in for a full-sized one, because who still uses those? But it looks pretty hardy, and it’s much more pleasant to use than some of the £30 dumbphones you can get as stand-ins.

Before you spring for the Vodafone Smart 4 Mini, though, it’s worth considering whether you could spare a little bit more and get something better – especially if you were going to buy the extra back covers or a microSD card. You could put that money towards the next model up – the Vodafone Smart 4, which for £70 has an extra half-inch of screen, 5MP camera and bigger battery – or one of the other sub-£100 handsets on the market. Samsung, Motorola, Microsoft and Alcatel are all offering good budget Androids for £70-£100, so it’s worth asking whether it’d be worth the extra outlay for a considerable jump in specs.