With thanks to Archos for the handset

Better known in the UK for its audio and video players, French firm Archos has been making smartphones in Europe for quite a while. The Helium 50 is one of two phones in its first ever 4G LTE offering: a mid-range black plastic slab running Android Jelly Bean. Sadly, it feels like a paint-by-numbers phone with little to get excited about, and a couple of pain points.

There’s not much you can say about the design of the Helium 50 – it’s pretty much the most generic-looking smartphone of all time. It only comes in black, and has a matt plastic body with rounded edges. I appreciate that this isn’t the most expensive of phones, but would it kill manufacturers to offer some more choices so we can all tell our phones apart? Maybe I’m wrong and everyone loves identikit charcoal slabs, but Nokia’s low-end handsets come in a rainbow of choices and even Alcatel’s £80 offering had a yellow option. If the back panel snaps right off, why can’t I snap on one with a bit of personality? 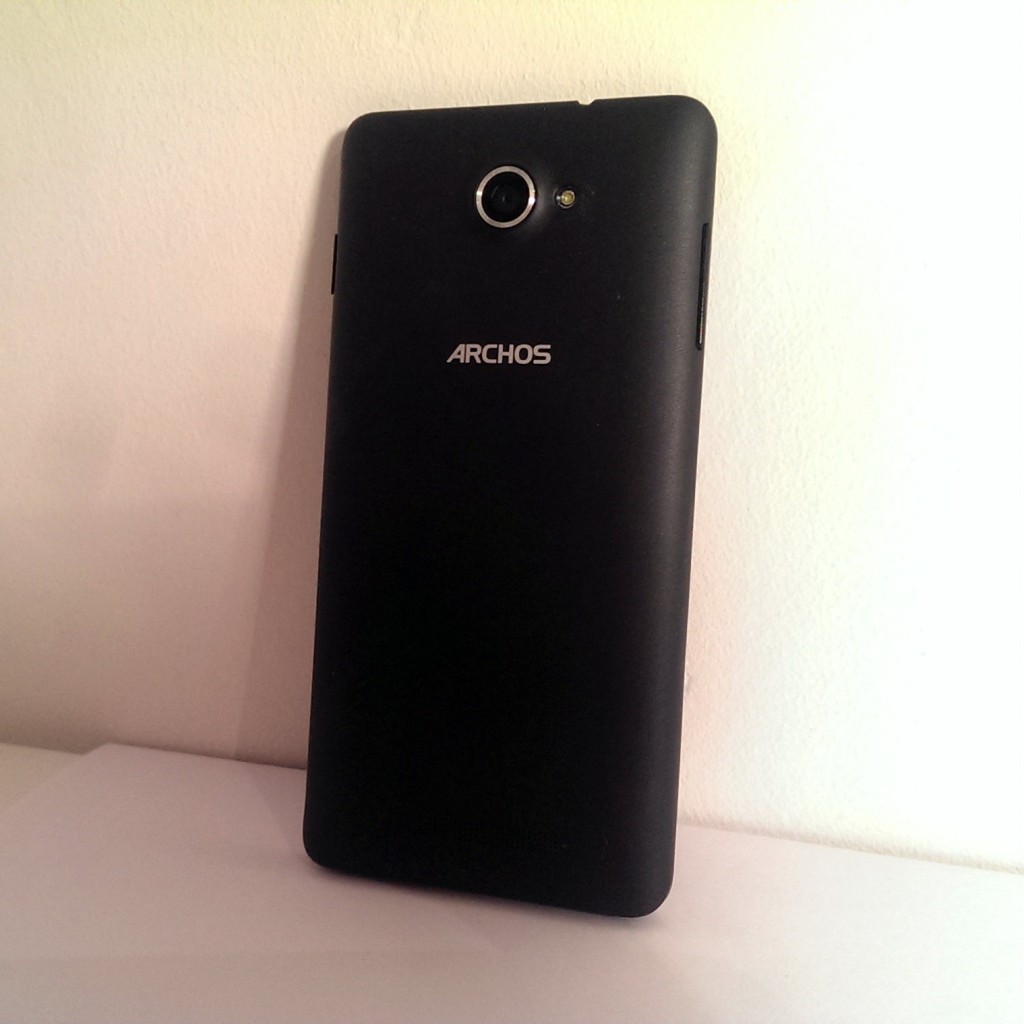 The camera lens sticks out a bit at the back and there’s a fairly hefty bezel around the 5-inch screen (Helium 50 refers to the 5.0 inch screen – the Helium 45 has 4.5 inches) with 3 capacitive buttons on it. These are a bit frustrating – the back button is on the right, like on the Galaxy S5, which I think is a very odd decision when we’re all used to back buttons on the left of our browsers and most phones. That’s not what bugs me about it, though – it’s just too far over. It’s all the way over to the right of the bezel, and touching roughly where you think it is does nothing. You have to get it right in the corner, and I missed it a lot during testing. The buttons also only light up when you touch them, and go off again very quickly.

The phone’s back panel is easily removed and reveals a micro-SIM slot, microSD port and a swappable battery. The microSD support means you can expand the phone’s 8GB of storage by up to 32GB, and you’re definitely going to need the option to change the battery (see the battery section for more on that). Both smart choices from Archos.

The speaker is situated on the back of the phone and isn’t one of the best I’ve seen lately. Volume goes up to mid-high levels, but the sound is quite thin, and it’s easy to muffle the speaker with your hand. That’s the case with a lot of rear-facing speakers, to be fair, and it’s one of the reasons I wish manufacturers would stop using them.

The Archos 50 Helium ships with Android 4.3, otherwise known as Jelly Bean. This would be disappointing if not for the fact that Archos has promised an imminent update to KitKat. I couldn’t get it yet on my review phone, though, and there’s no word on when it might arrive.

Still, huge props to Archos for using stock Android and not trying to add a contrived, unnecessary manufacturer overlay. The phone’s bumf repeatedly mentions that you get ‘full access to Google Play’, which is kind of a given with Android phones (Amazon editions notwithstanding), but the copy reads like it was translated from French, so I think they might actually be trying to say ‘Google Play edition’ – ie pure Android. Possibly. In any case, it IS stock and it’s much better for that.

Similarly, the Helium 50 is blissfully low on manufacturer apps– no one likes those, and the included Archos Music and Archos Video are actually quite good if you need a media player. They show Archos’ audiovisual heritage off very well. Other than those two apps, the phone could be a Nexus, and that’s greatly appreciated in a world of terrible Android additions.

Under the hood, the Helium 50 has a quad-core 1.2 GHz Qualcomm Snapdragon 400 CPU – a familiar sight in mid-range phones. Together with 1GB of RAM, this makes for mostly seamless performance. I encountered a few lags when switching between apps, and the phone froze for a few seconds twice during a week of use, but on the whole, it performed well, even during intensive activity. It did frequently drop my WiFi connection for no apparent reason, though – I talk about this more in the video review:

The Archos 50 Helium’s screen is one of its plus points. At exactly 5 inches, it’s a full HD (1280×720) IPS panel – which means wide viewing angles and accurate colours. It’s one of the only screens I’ve seen recently that hasn’t had the saturation artificially yanked up, and that’s appreciated. The pixel density of 294 isn’t the best on the market, but it’s perfectly good for photos and films. 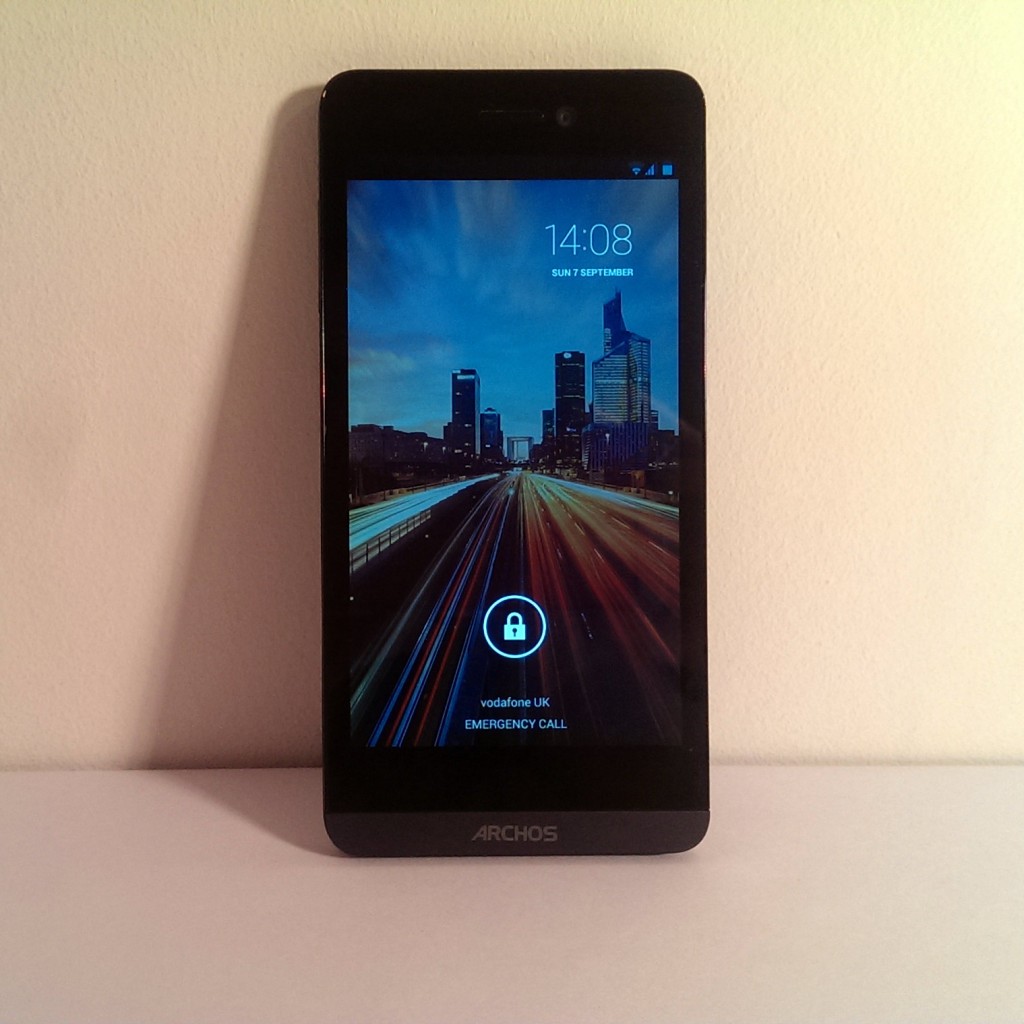 The brightness doesn’t go up particularly high, but often the top levels don’t get used anyway. It’s readable, if a little indistinct, in strong sunlight – on the whole, this is pretty good for the price.

For a mid-range handset, the Archos Helium 50’s 8MP main snapper is disappointing. It’s fairly slow and has an annoying shutter noise that pauses your music and can’t be turned off. Photos taken in identical conditions come out differently – sometimes too milky, sometimes too gloomy. 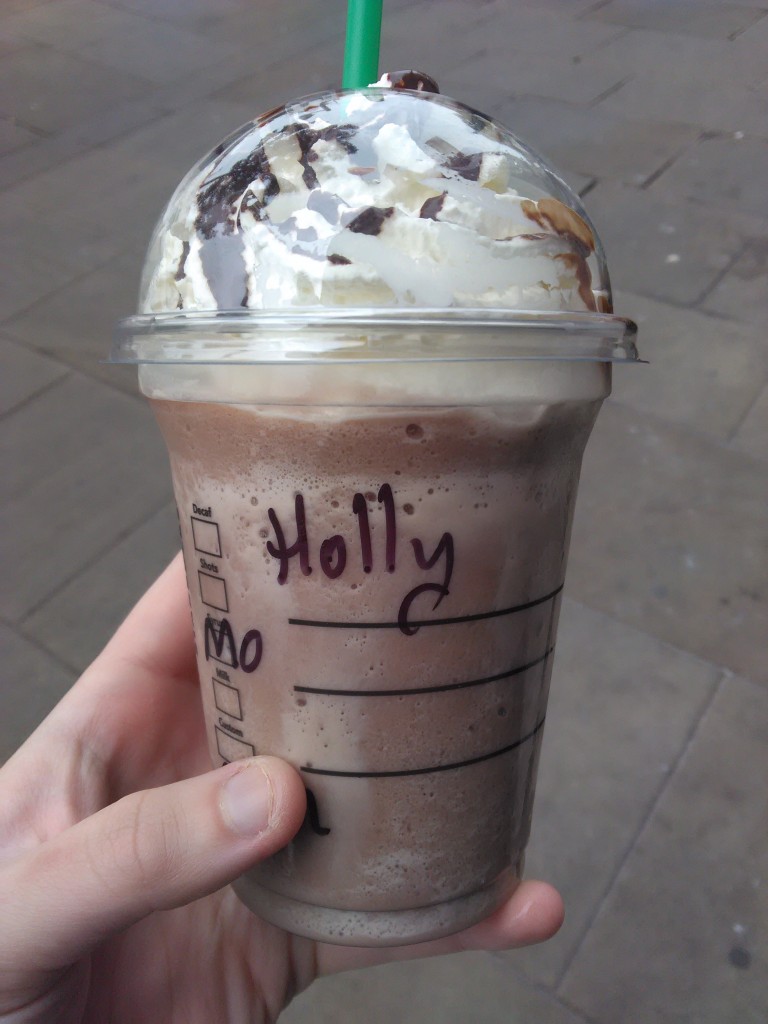 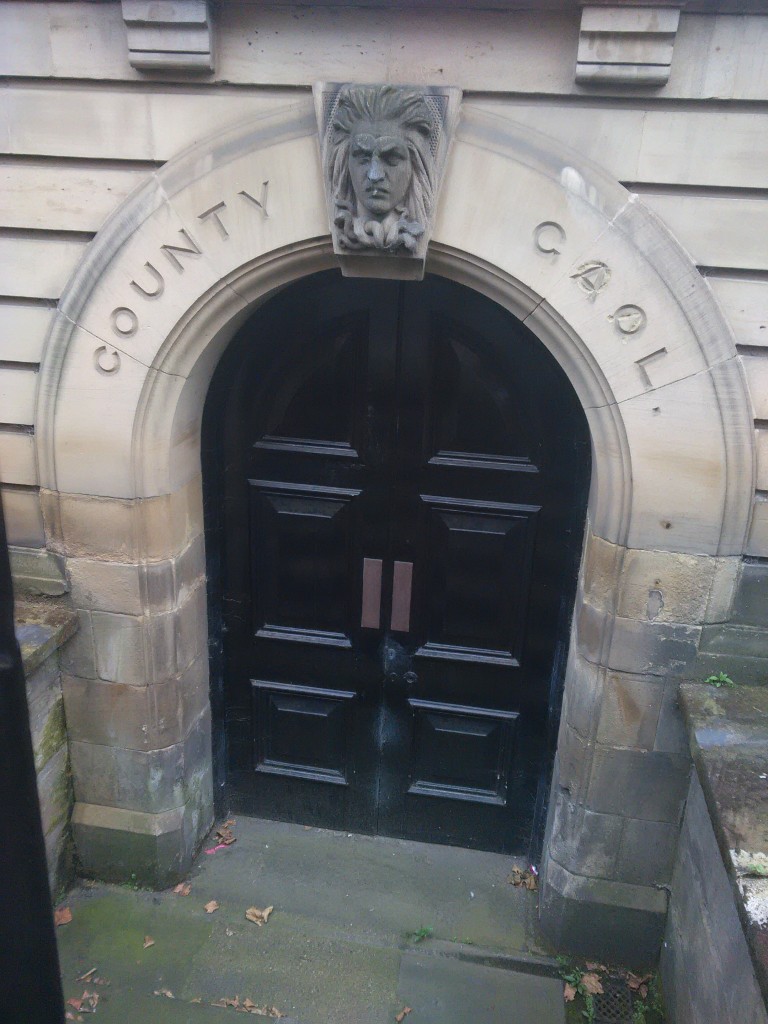 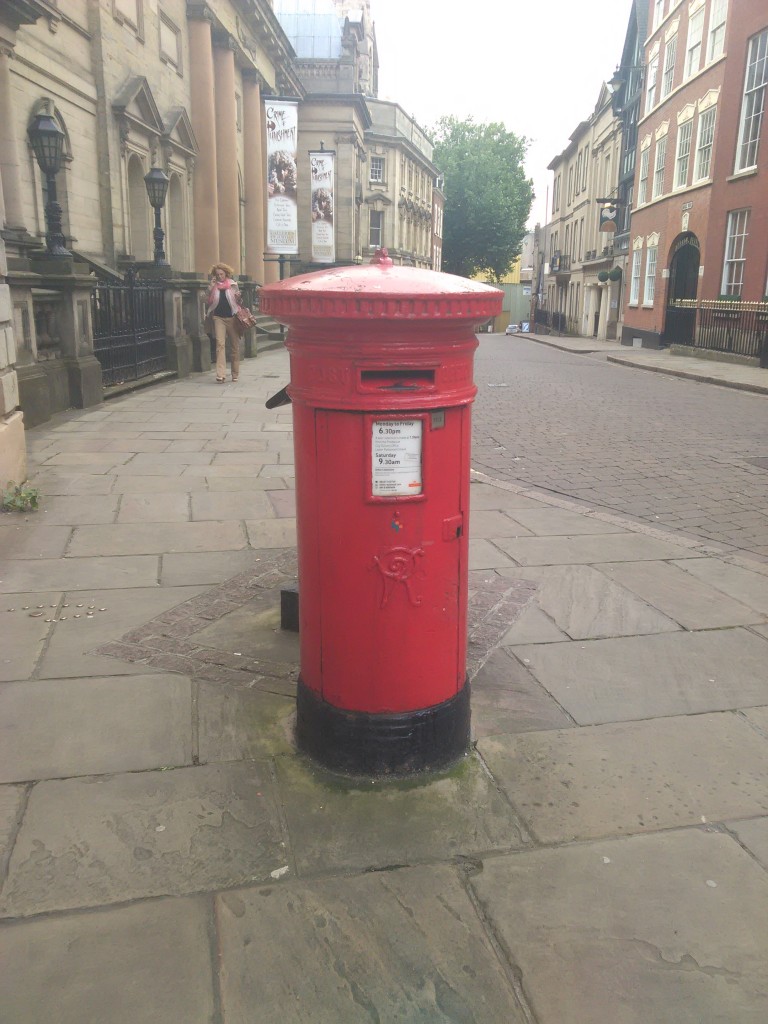 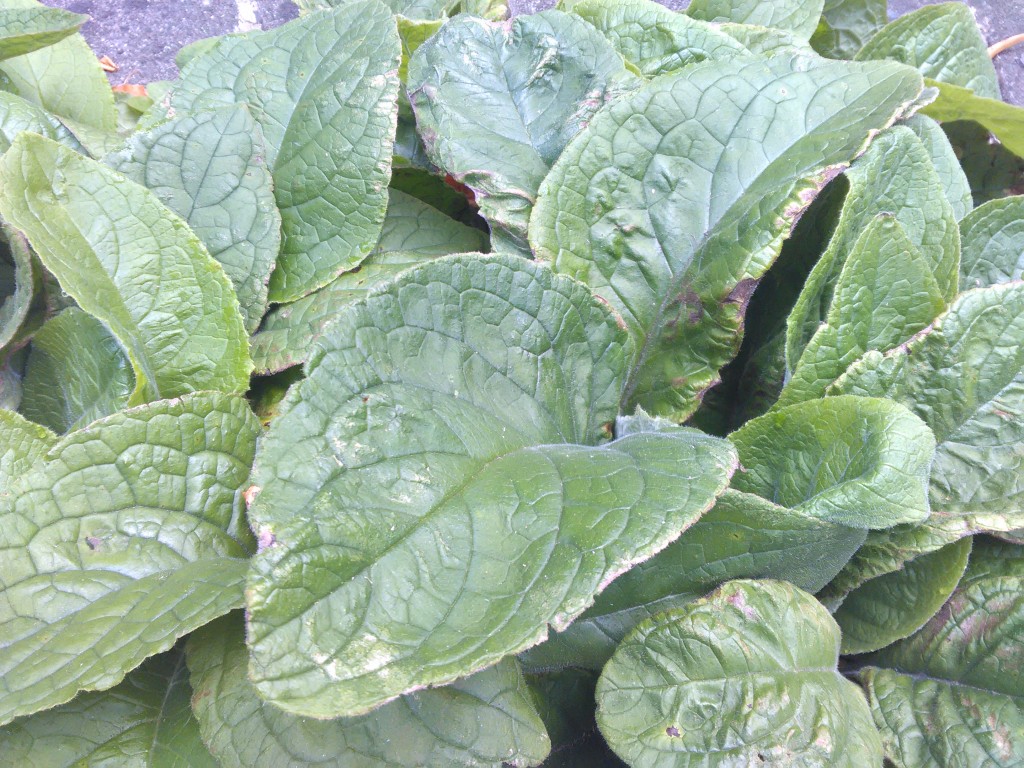 And the HDR mode doesn’t seem to do anything at all, even on photos taken against a bright sky (not that you can tell):

The menu is terribly laid out, too – it took me ages to find HDR mode at all, and to switch between the main and front-facing cameras. It’s all hidden behind this super-helpful symbol: 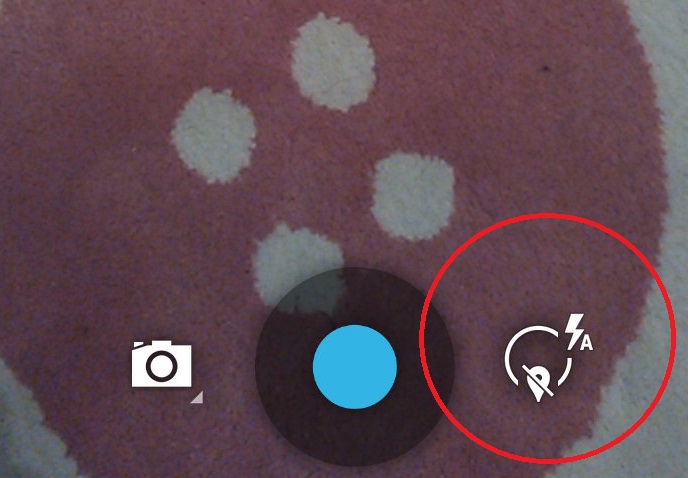 Which leads to menus creatively labelled 1, 2, and 3 rather than by, you know, what they actually contain: 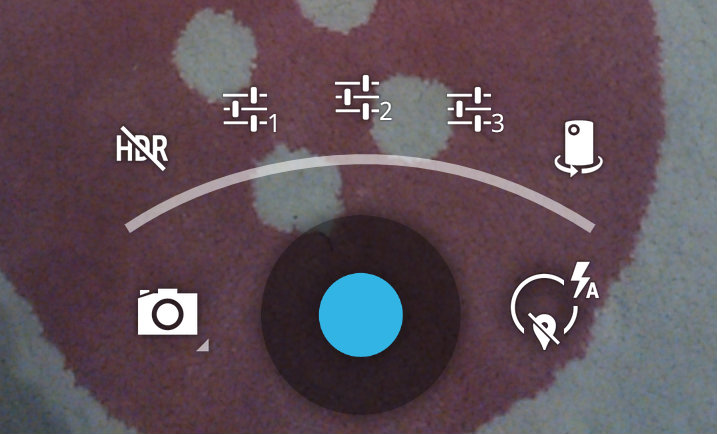 And some of the options are just totally baffling, like ‘ZSL’: 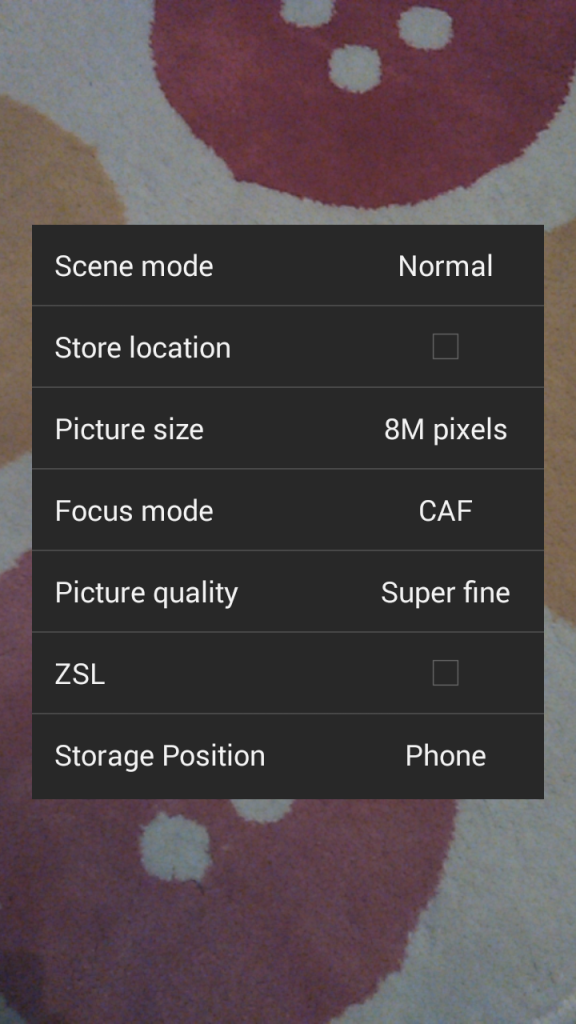 This turned out to be ‘Zero shutter lag’ after some careful searching (Google, like me, associates ZSL with London Zoo) – but there’s no explanation at all on the phone. They don’t even expand the acronym.

The phone’s LED flash is fixed on ‘auto’ – there doesn’t seem to be any way to force it on or off. At least, I couldn’t find one in the menus, and there’s nothing about the camera at all in the ‘quick-start guide’. Archos don’t provide a proper manual with the phone or on the website, so I’m clueless.

Taking low-light photos, therefore, means having the flash on whether you want it or not – and you probably won’t, because it makes a white wall look incandescent purple: 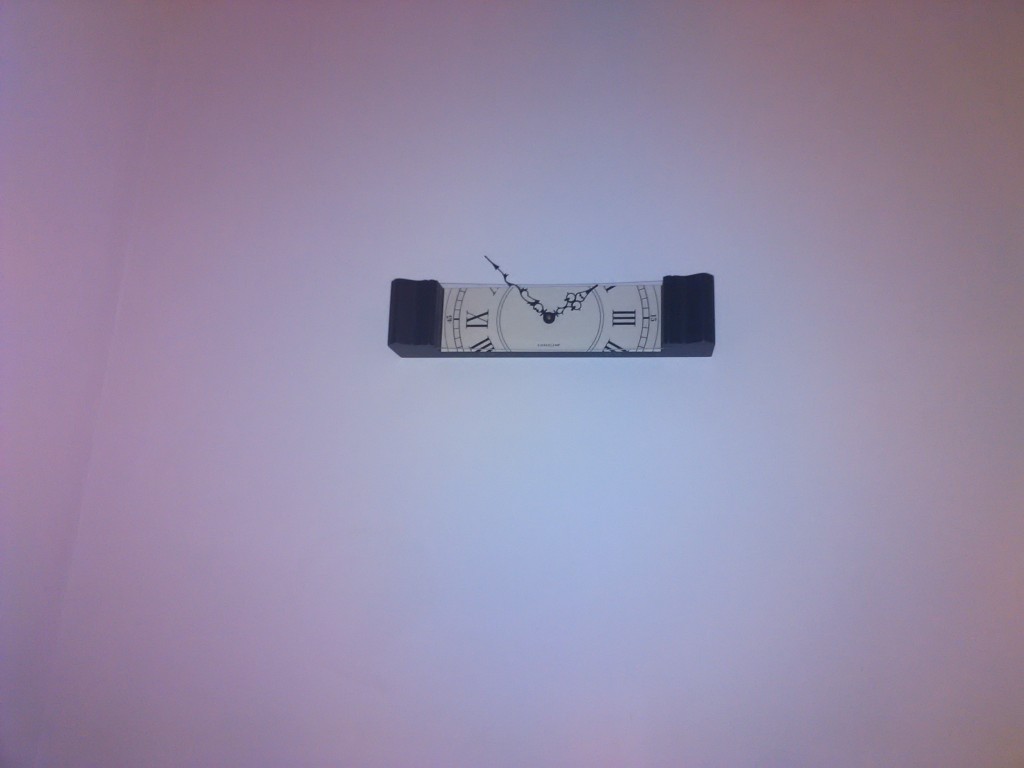 It’s not all bad news, though – close-ups came out well, colours were accurate, and details were mostly good. The Helium 50 can also record 1080p video, and its 4G LTE capability makes uploading and sharing extra-speedy.

The front-facing camera packs 2MP and works as you’d hope for a handset at this level. It’s not perfect, but takes decent, if grainy, pictures that are more than adequate for most people’s Snapchat and social media needs. 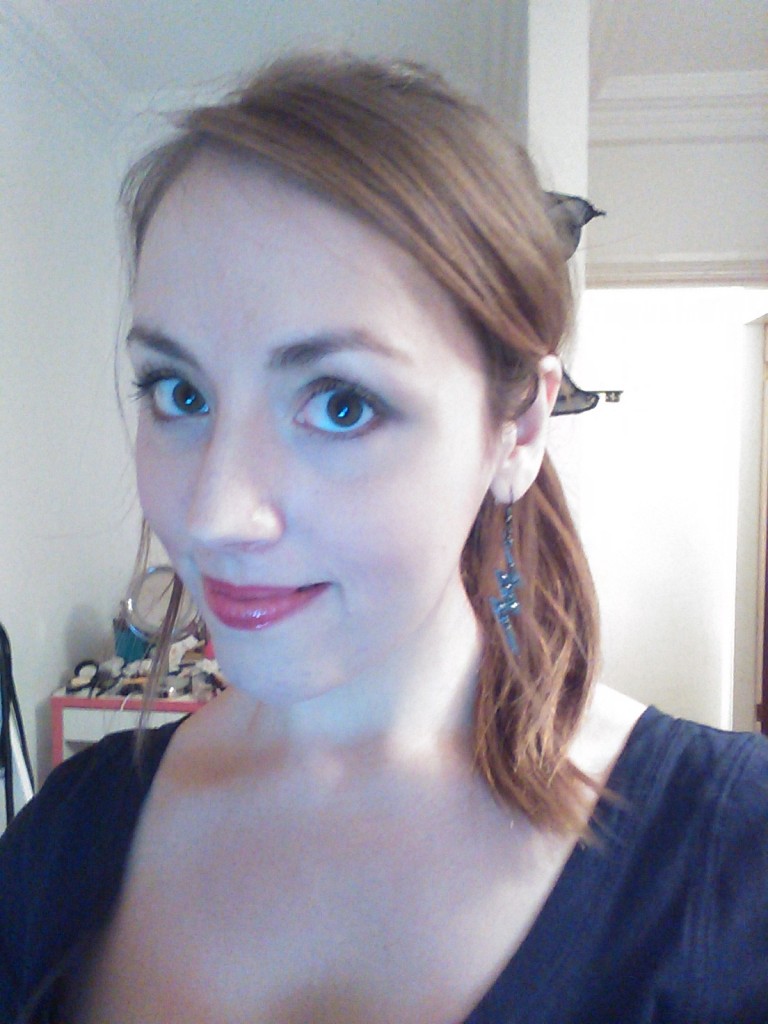 The battery on the Helium 50 is like a jerry can with a hole in it. I used the phone as my main, normal phone during the day – most handsets used like this will last until bedtime, when they’re getting a bit low on juice. This phone needed a charge by the time I got home from work at 6, and I frequently did a double-take at how low the battery had got during the day. To confirm my suspicions, I ran our usual test of streaming a fullscreen film over Wi-Fi with GPS enabled and screen brightness at max. At the beginning of the test, the phone was charged to 100% – by the end, just 29% remained.

You could put this down to the 2000mAh battery, but the Alcatel OneTouch Pop S3 and the EE Kestrel have the same size and scored 48% and 50% respectively. It’s not great for your £230 model to be outclassed by two sub-£100 phones.

Still, unlike many smartphone batteries, the Helium 50’s is removable, so you can carry a spare in case of power panic.

Unfortunately, there are a few issues with the Archos Helium 50. Its looks don’t excite me, it doesn’t hold a charge, and often loses its Wi-Fi connection. So many times I picked it up and rolled my eyes, either at the battery level or lack of Wi-Fi symbol in the notification bar – and when I needed to take a photo I’d actually use, I reached for a different handset every time. The fact is, I just couldn’t trust this phone.

Even without the Wi-Fi and battery issues (and it’s possible that I had a faulty handset), there’s no point of difference here: either in looks, specs, performance or features. The screen is pretty good, and some parts of the camera work well, but it still feels like a first draft of a phone. Where’s the talking point?

Granted, it’s only £229.99, but even that’s not impressively cheap for a 4G phone when EE, Alcatel and others have broken the £100 mark. This and the Helium 45 are Archos’ first ever LTE phones, and as the higher-end model, I’d have expected the Helium 50 to have more stand-out. It feels like a tentative toe in the water – and that’s a real shame.