EE’s first own-brand smartphone is one of the lowest-priced 4G handsets on the market. The Kestrel delivers a surprising amount for a super-budget Android device, but has some tough competition even at £99.

Manufactured by Huawei, the Kestrel is actually a rebranded Huawei Ascend G6 with a downgraded camera – but with UK users relatively unaware of Huawei, it’s a sensible decision to change the name. They might have remembered to take it off the charger, though.

The EE Kestrel arrives in a box the colour of sunshine, then disappoints you by being flat grey. ‘Graphite’ is the only colour this handset comes in, which is sad given that other budget phones – especially the Lumia range – are released in a rainbow of choices. There’s also a sizeable EE logo on the back, which looks likely to rub off before long. The Ascend G6 comes in some very stylish and unusual colourways, so this is a real shame. 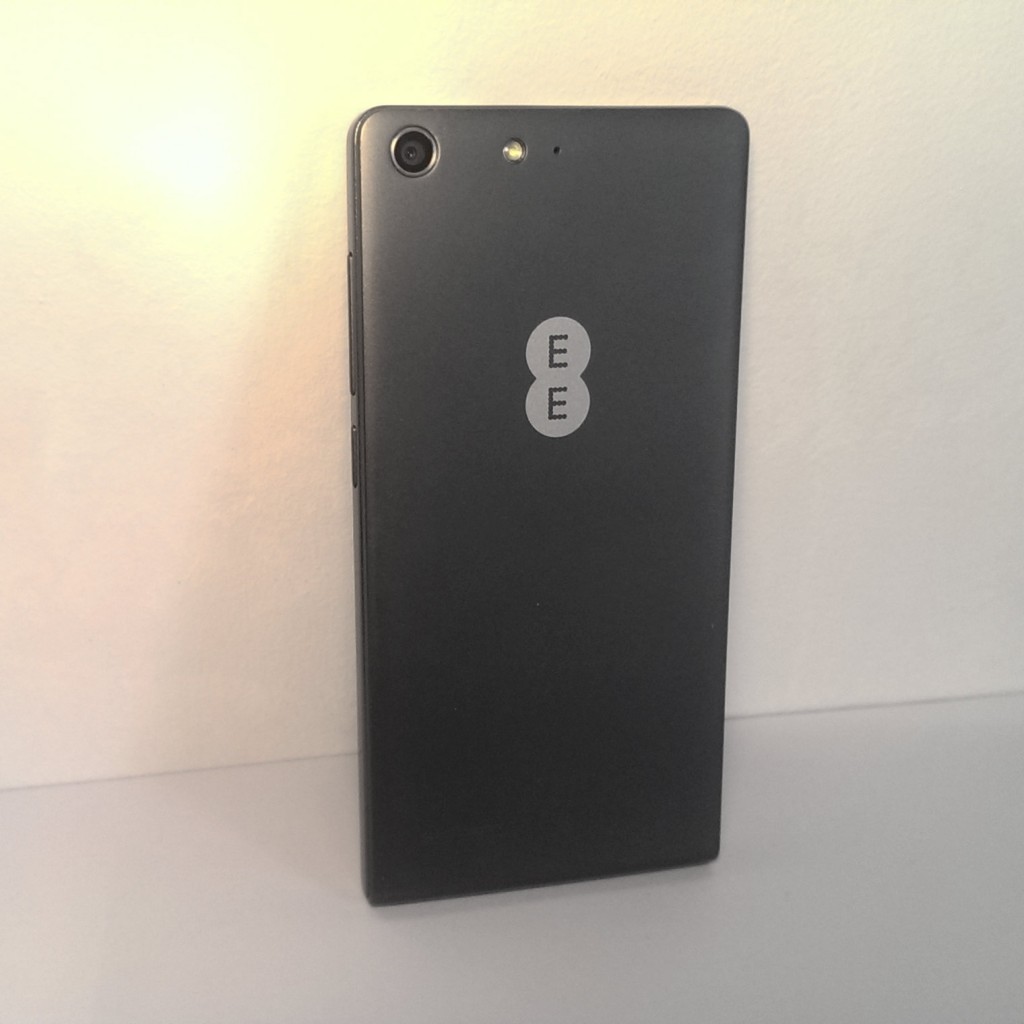 That said, the matt grey plastic could pass for metal from a distance, and I noticed some admiring glances from teenagers who were presumably unaware that this phone cost less than their trainers. The rounded bottom edge looks stylish, and I actually think the handset looks much more premium than its competitor, the Moto G – although I seem to be alone in that.

The front is a standard black slab with an odd little notch just below the screen that I initially thought was a chip in the fascia. Huawei could at least have put it at one edge, or in the middle, rather than a baffling third of the way across. 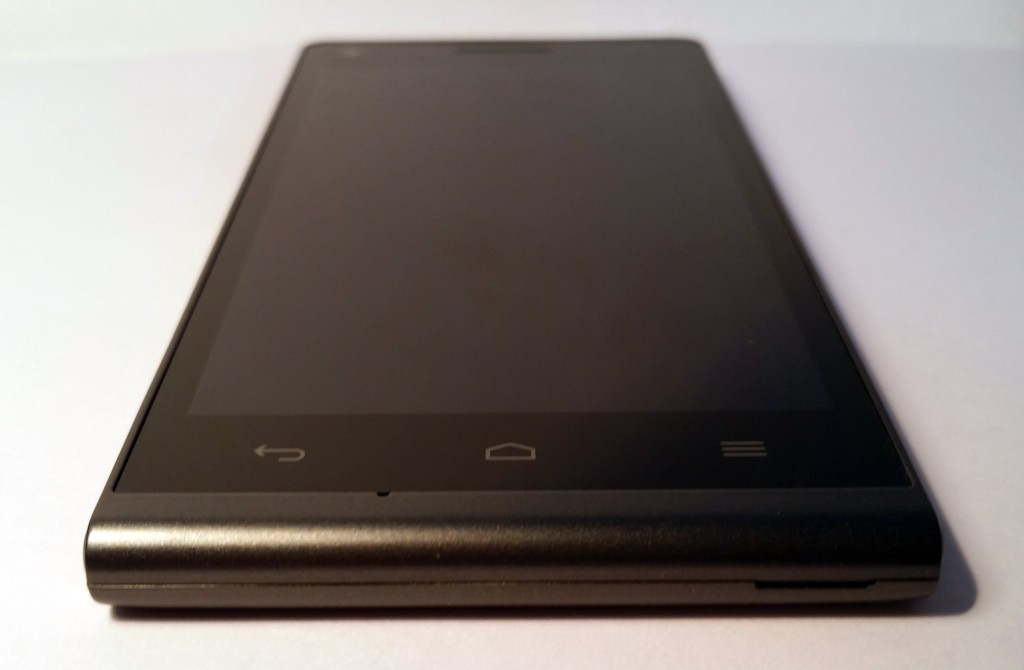 The 4.5-inch screen is surrounded by a pretty hefty bezel, which is no surprise at this price point. Three capacitive buttons (hooray!) sit below, and even have backlight. The phone’s thin profile (under 8mm) and clutch-friendly weight (just 145g) make it feel toy-like, but in a way that grew on me very quickly.

Less welcome was the ridiculously-placed headphone jack. It’s on the bottom-left edge for no discernible reason, and was a serious annoyance while using the phone. The headphone plug sticks out like a footballer at a Mensa meeting and gets caught on bags, pockets, everything. I accidentally yanked it out more than once, just because it’s in such an awkward place. It put me off listening to music on the Kestrel. 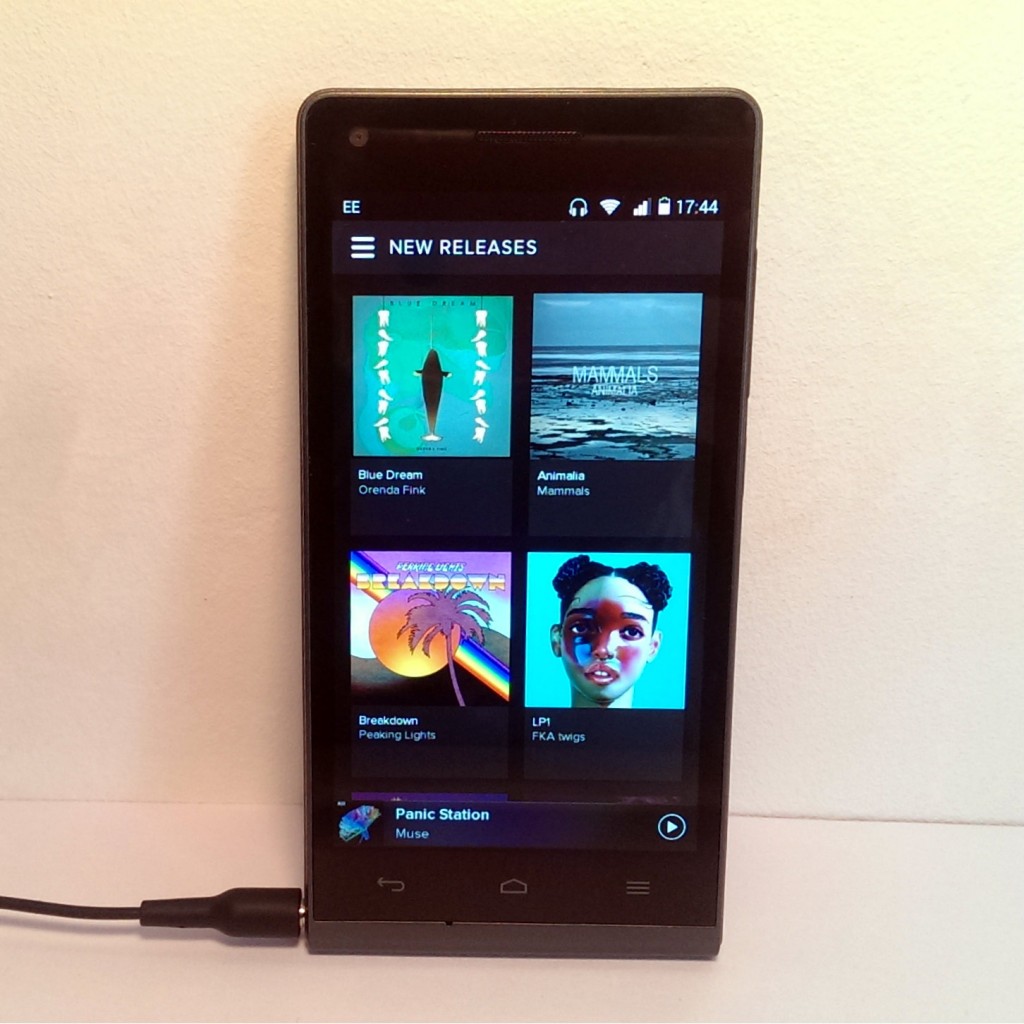 The micro-USB port is also oddly-placed, sitting on the top right of the phone. Not as much of a problem, but a strange decision nonetheless.

The Kestrel’s alarmingly thin back panel hosts a discreet speaker grille on the bottom-left, which puts out very good sound for this price. Songs were loud enough, clear and had decent bass, although as always I’d have preferred a front-facing speaker.

Just about every Android handset manufacturer gives the software’s appearance a lick of branded paint, and Huawei is no different. Their Emotion 2.0 interface is definitely one of my least favourites, though. Childish, ugly icons make the phone look cheap, which is a shame when the handset design manages to defy the price. There are themes and a Windows Phone-esque ‘Simple’ layout, but these don’t improve matters much. 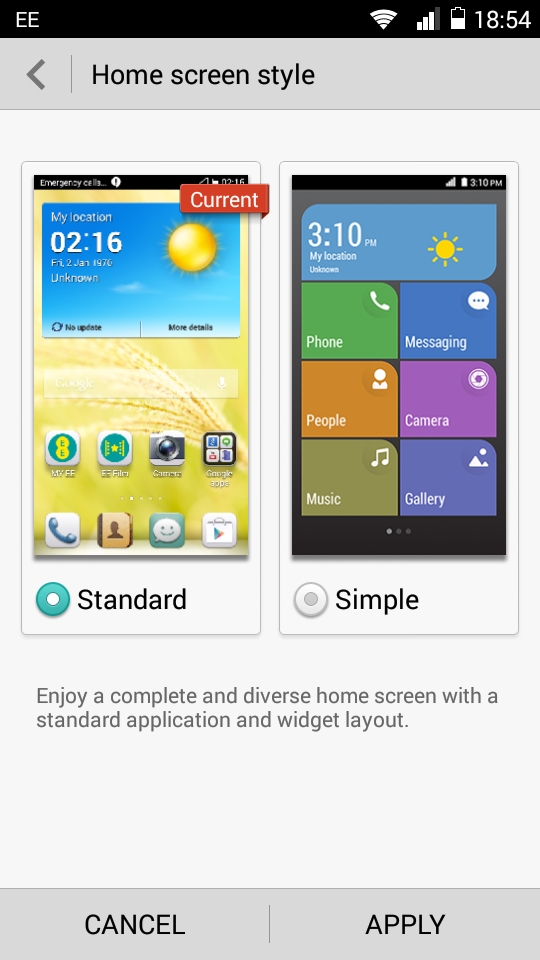 Worse, though, is the organisation. I spent a good five minutes looking for the app drawer, which turned out to be because there isn’t one. Huawei have chosen to remove the drawer (or menu, if you like) entirely and force you to put every single app icon on your home screens. You can at least put apps in folders, but I have no idea how anyone thought this was an improvement on stock Android. It’s impractical, annoying and unnecessary.

Under all the Emotion nonsense, the EE Kestrel runs Android 4.3 Jelly Bean, which is quite out of date. Its main rival, the Moto G 4G, runs KitKat – and so does the model below it, the £90ish Moto E. This is disappointing but forgivable, and EE are apparently considering an upgrade, which the hardware could easily support.

That hardware includes a quad-core Snapdragon 400 1.2GHz processor and 1GB of RAM – identical to the Moto G 4G, Alcatel OneTouch Pop S3 and the much more expensive HTC One Mini 2. This is good for £99, and results in the phone performing very well at multitasking and intensive processes. I had no problems at all with my Kestrel, although some users have reported needing to frequently reboot the phone to fix crashes and freezes. I did have some issues with auto-rotation of the screen, with the phone sometimes refusing to acknowledge that I’d changed its orientation.

The Kestrel includes 8GB of space, which again is good for the price (the OneTouch Pop S3 has just 4GB) – but 2.5GB was eaten up already when the phone arrived. This is partly down to preinstalled bloatware, including undeletable apps from Amazon, EE and Deezer. 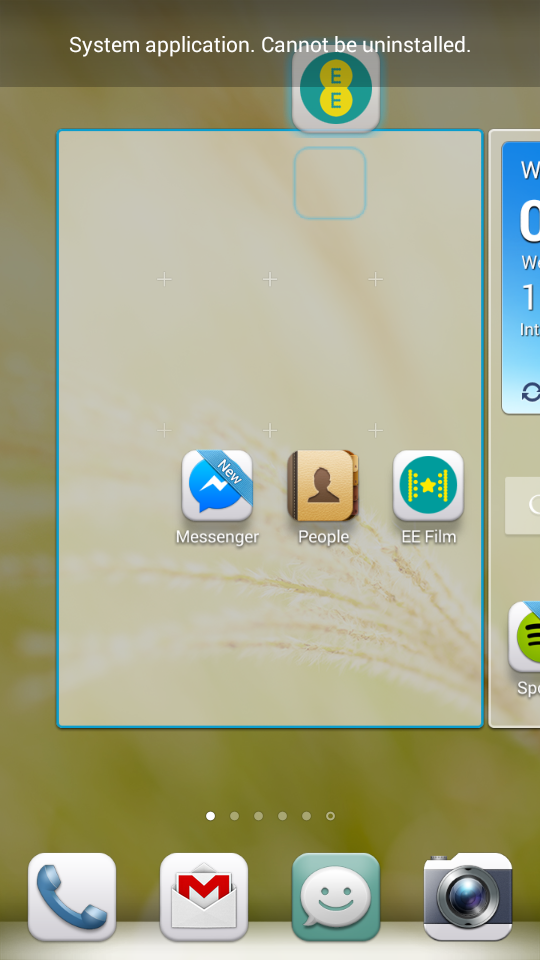 Thankfully though, Huawei have included a microSD slot under the back cover, so you can add up to 32GB if you’re willing to spend more on a phone that’s designed to be cheap.

Three motion control features are an unexpected bonus on the EE Kestrel – you can flip the phone to mute it and lift it to your ear to answer an incoming call, and picking it up also reduces the ring volume. These features are optional and switched off by default, but you’ll find them in Settings > Device > Motion Control.

The Kestrel’s screen is the biggest surprise for the money. It’s a quarter-HD (960×540) IPS LCD panel with a pixel density of 245 per inch, and performs very well indeed. It’s bright, has excellent viewing angles and reproduces colours accurately. Blacks are a bit milkier than I’d like, but I really didn’t expect a screen so good on a phone this cheap. Especially after the Alcatel OneTouch Pop S3’s display.

The screen also performs well in sunlight, with only a small amount of visibility lost – it’s better for this than some much more expensive models.

The Moto G 4G does boast a better screen than this at 720p (326 pixels per inch), and presumably if you want 4G, you’re going to be streaming a lot of video. But this really is very good. 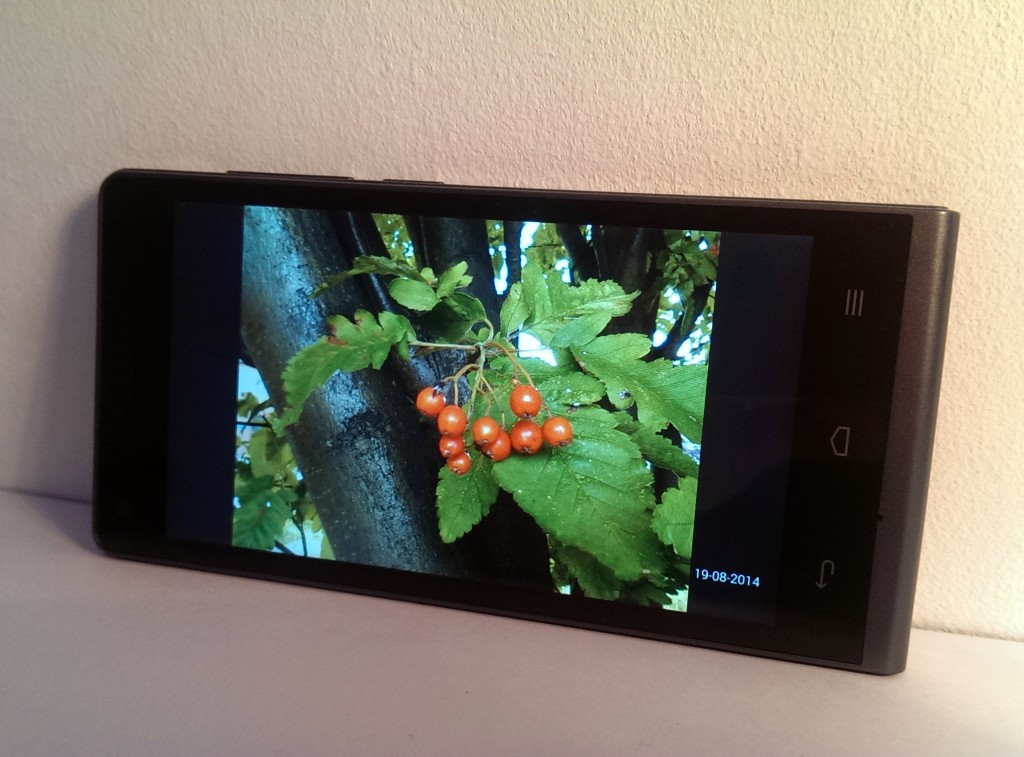 The EE Kestrel’s camera is the definition of hit and miss. Identically-shot photos came out wildly different for no obvious reason: 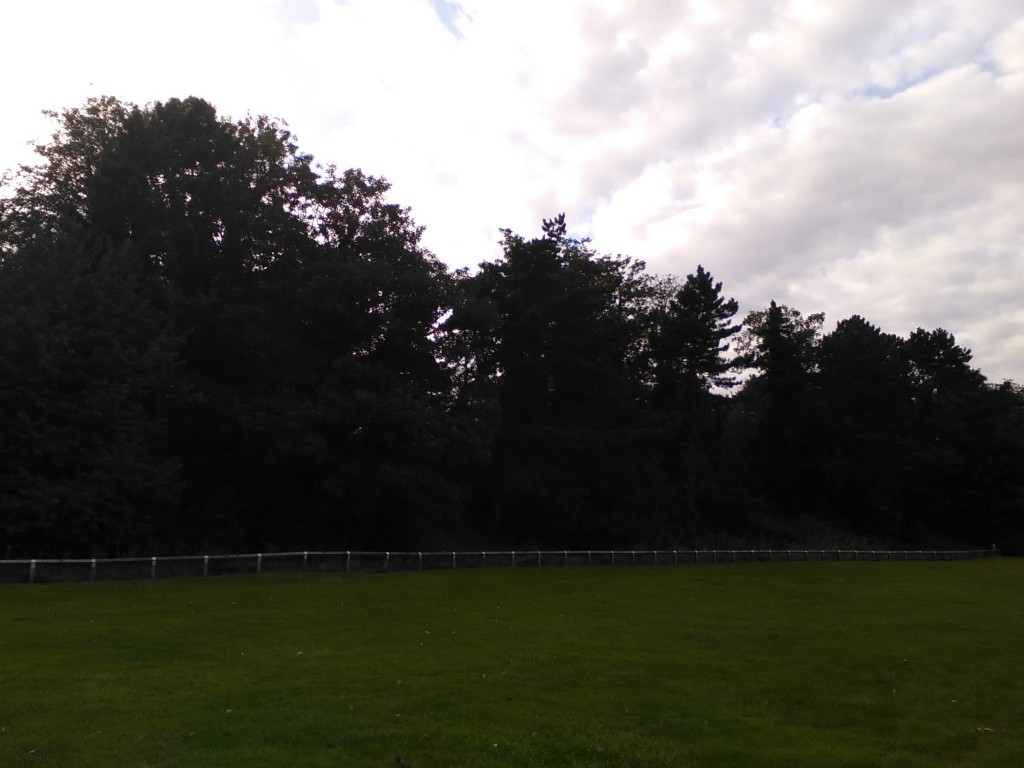 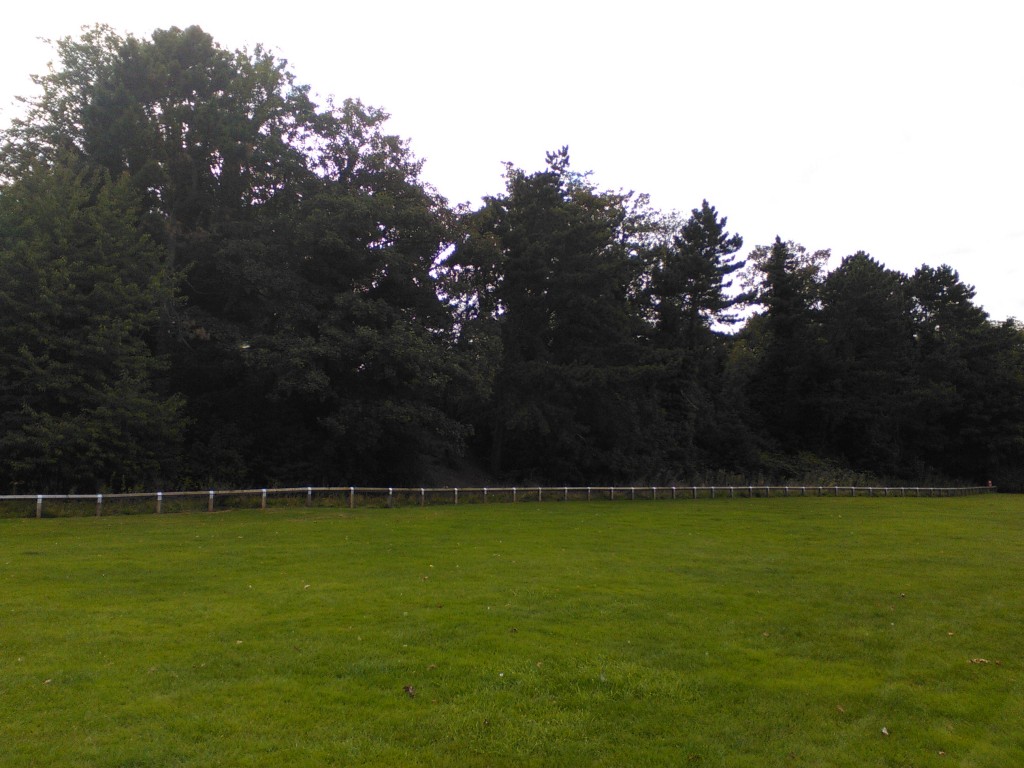 And the focus sometimes worked well and sometimes not at all: 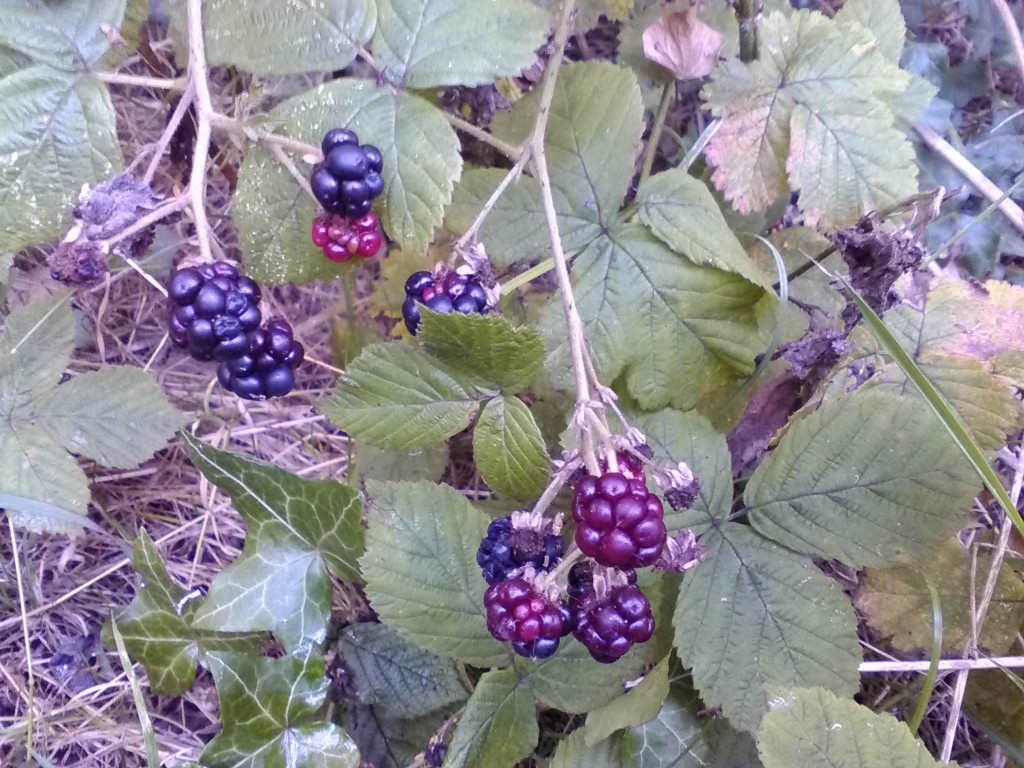 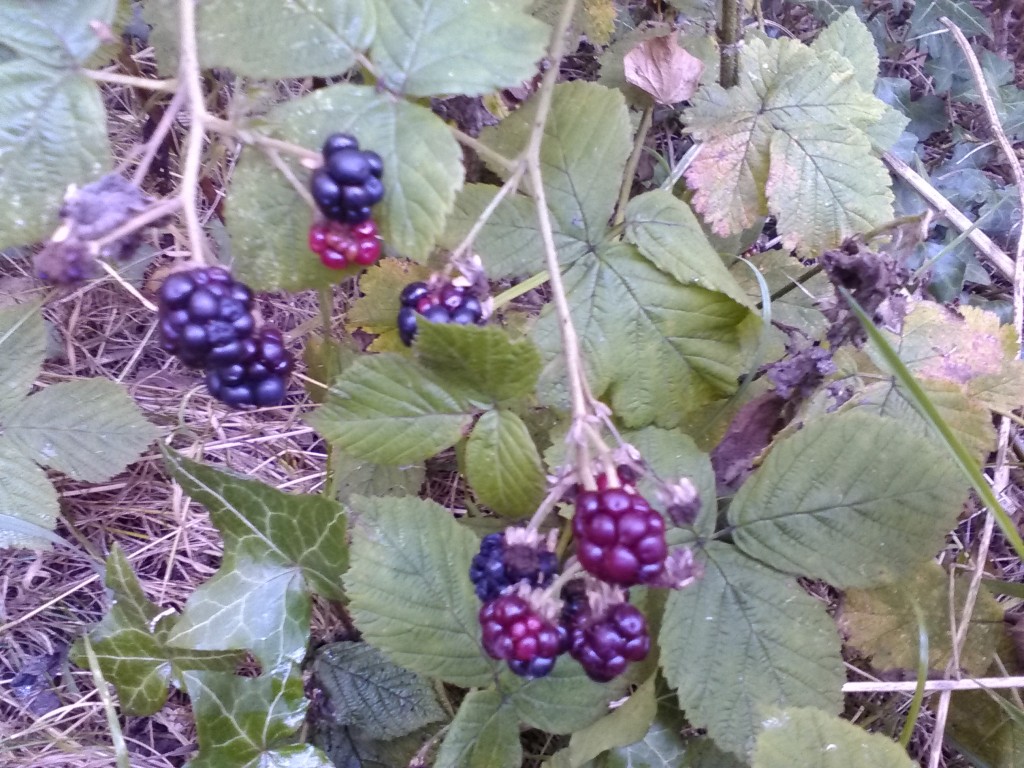 Colours look more washed-out than they do in real life, and again vary considerably between pictures, but when a shot comes out well (approximately half the time), it looks very good. Unsurprisingly, shots taken in brighter light looked much better, but low-light photos weren’t bad when they worked. At this price, you can’t really argue with the results – but it’d definitely be worth taking your photo several times to make sure you get a good one. You can hold the volume rocker down for burst mode to help with this.

I found that closer shots generally came out better than ones taken from further away, and video performance was exactly the same. 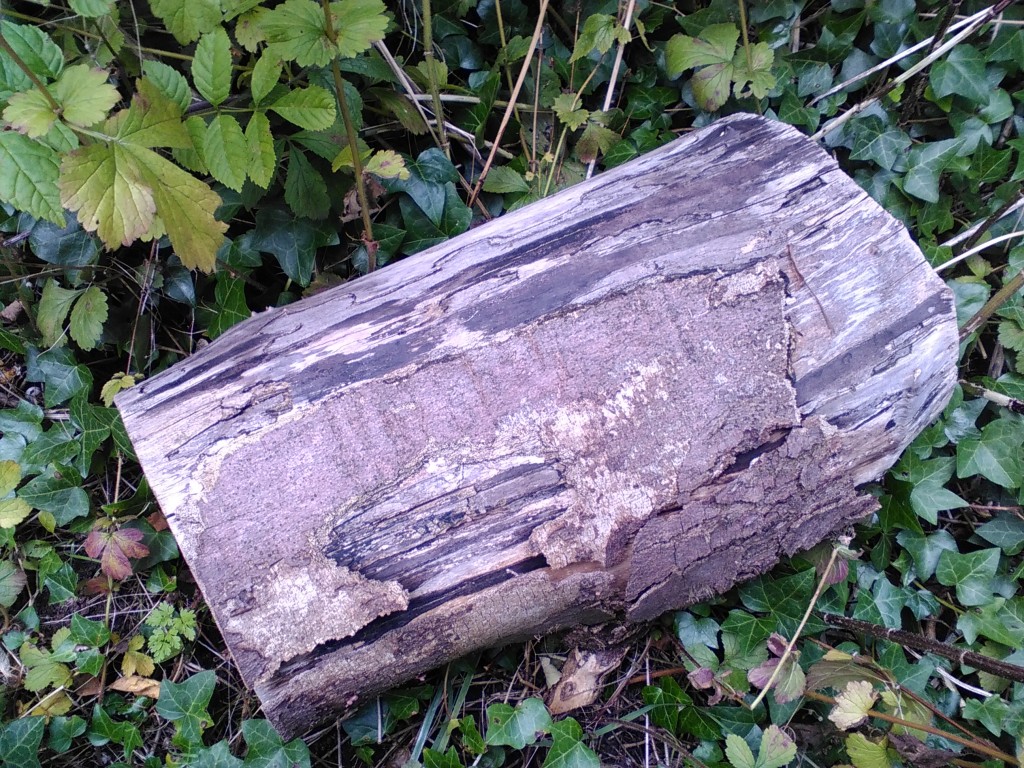 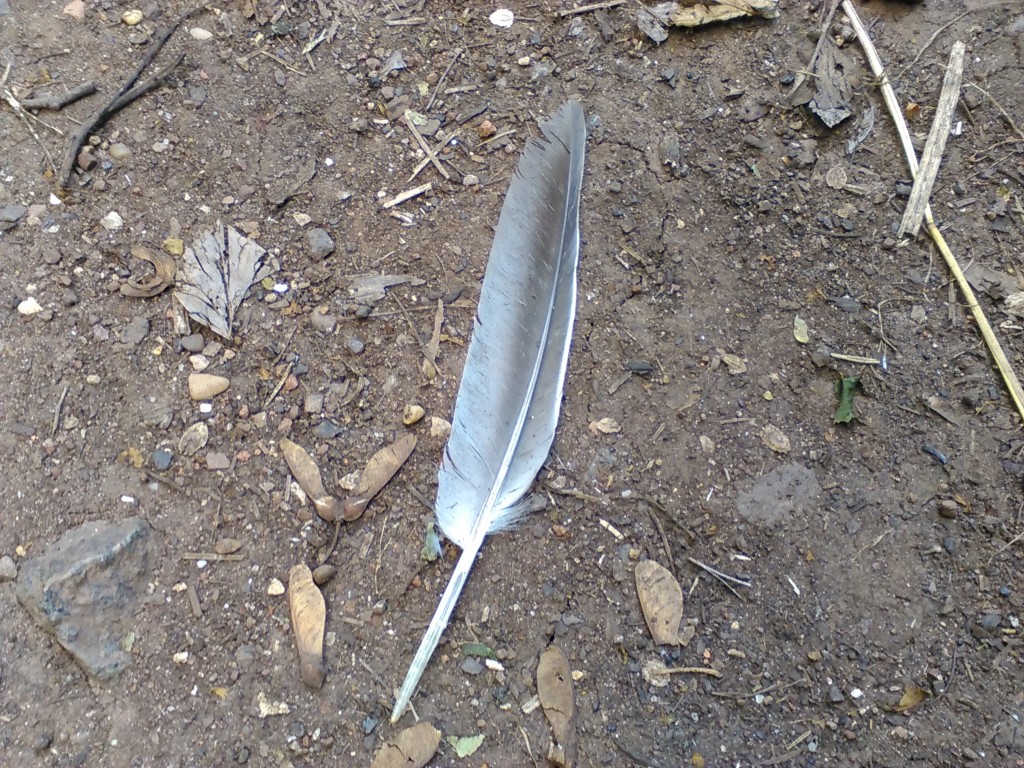 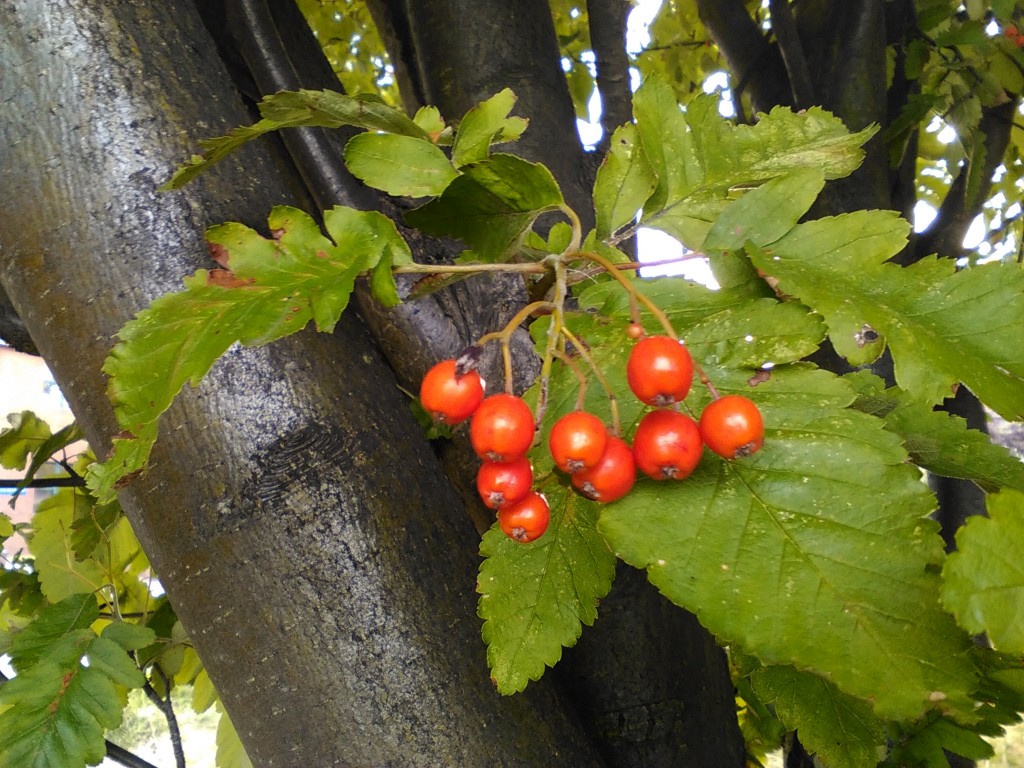 The Kestrel’s camera includes some welcome features that you might expect to be cut from a budget model, like a strong LED flash, HDR mode, panorama, filters, 720p video and a questionable feature called Sound & Shot that lets you record sound with your photo. Not sure who’d use that, but not complaining.

The Huawei Ascend G6 has a better camera than the Kestrel’s, with an 8MP main snapper and impressive 5MP front-facing. The Kestrel’s selfie cam is 1MP and takes shots that are grainy but acceptable, and improve considerably with good lighting. Compared with the Alcatel OneTouch Pop S3’s 0.3MP VGA camera, this is a much better option. 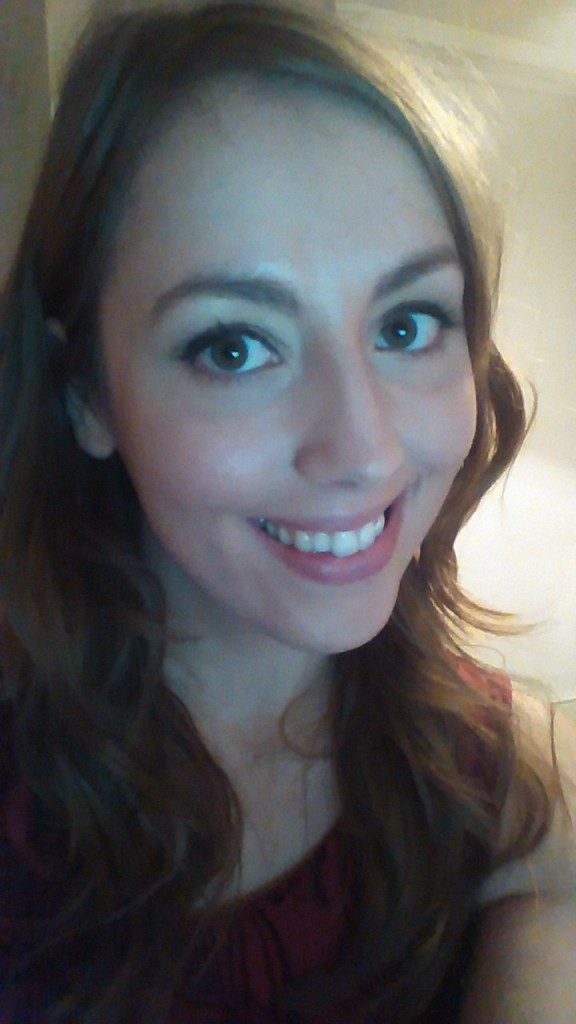 When I removed the back panel from the EE Kestrel, I thought “Hooray! A removable battery!” – which would have been one-up on the competition. But alas, although you can see the battery, you can’t do anything with it.

Still, it’s 2000mAh, which is very good for the price. Performance is average to good: I ran my usual test of watching a fullscreen film over WiFi for two hours with brightness turned up to max and GPS on, and the battery dropped from 100% to 50%. The HTC One Mini 2, with the same hardware but a slightly bigger battery, dropped to 65% in the same test, and the Alcatel OneTouch Pop S3 – which has the same processor and battery capacity – dropped to 48%. So not amazing, but not bad. During normal daily use, the same findings applied: it lasted the day but was in need of a charge by bedtime. Pretty standard stuff, but better than you’d expect for £99.

I very, very much like the battery features on the Kestrel. Open Power Saving from the Settings menu and the phone will tell you how long it’s got left, or how much longer it needs to charge if you’ve plugged it in. There are also three handy power-saving modes: Smart, Endurance and Normal. Each one tells you how long the phone will stay awake in that mode, which is ridiculously useful, and demonstrates that the modes make a worthwhile difference: 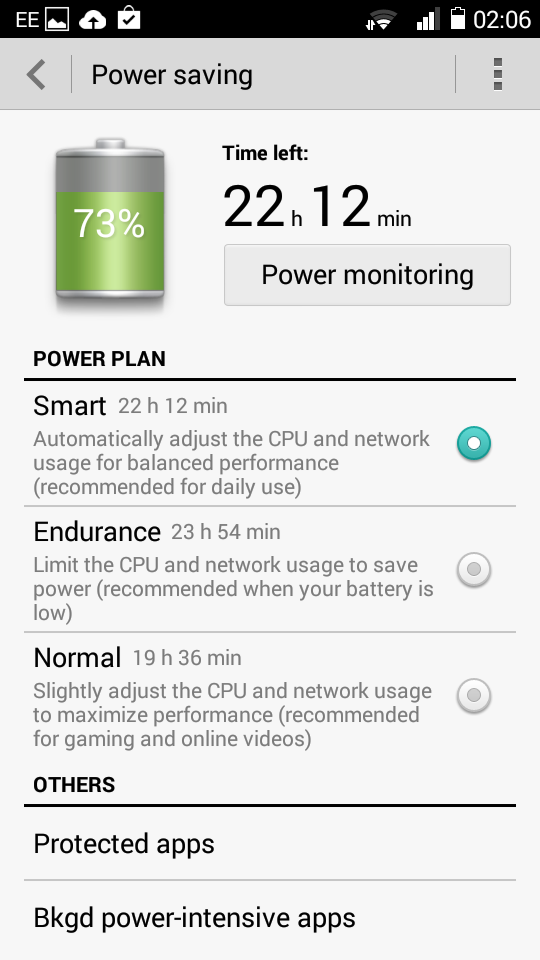 This is a very, very good phone for £99. The interface is a bit lacking and some of the handset features are annoying, but the superior screen and front-facing camera make it a better choice than the slightly-cheaper Alcatel OneTouch Pop S3, which is also 4G.

Its main issue is probably the launch of the Moto G 4G, which offers better specs for £50 more. It’s easy to look at these two phones and ask why you wouldn’t spend the extra fifty and spring for the Moto G, but while £50 may not be much between £500 and £550 flagship rivals, at this price point it’s actually quite a lot of money. It’s half again what the Kestrel costs, and that’s not small change. The Kestrel is also available on contract with EE from as little as £14 a month, although you have to wonder why anyone would choose 4G and a 500MB data cap together – “I want faster data but not very much of it,” said no one, ever.

If 4G is available in your area (that’s a big if) and you want a really cheap but very usable phone to access it – or to tide you over between handsets or contracts – the EE Kestrel is a great choice. I can’t agree with EE’s “premium” description but it looks nice, performs ably and can do just about everything you might ask of it. For £99, the only thing missing is a flake.