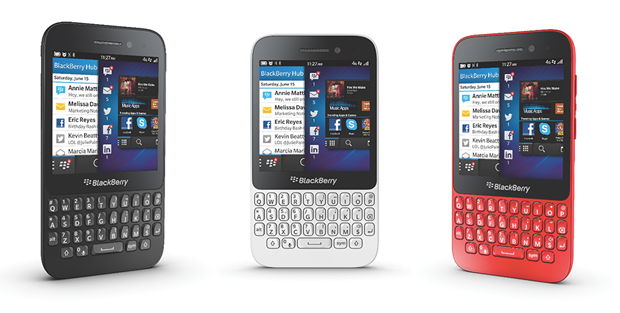 An interesting spot by the team at Omio which has noted that one UK retailer has got a price and on sale date for the BlackBerry Q5.

Announced last month the Q5 is the cut down version of its handset the Q10 – that’s the one with the proper QWERTY keypad. It has a similar sized screen – 3.1 inches though it is slightly lower quality LCD rather than AMOLED, and slower processor and a five mega pixel camera as opposed to the eight mega pixel on on the Q10.

Anyhow unlocked-mobiles.com, is now taking pre-orders of the phone which it says will come in the middle of July and retail for £349.98.