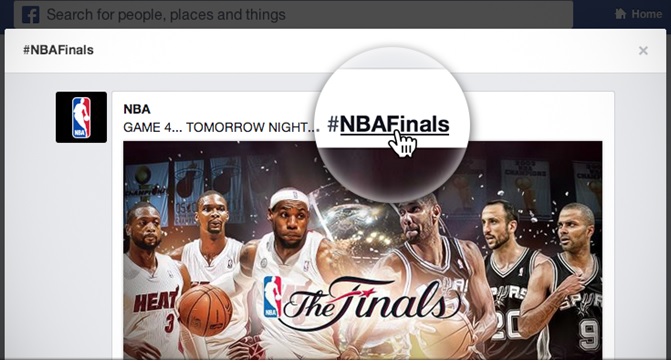 It always struck me as a bit odd that while hashtags have become such common currency on Twitter and, by dint of the fact of people dual posting, on Facebook too, but on the latter network they weren’t clickable.

Well Facebook has finally moved to remedy that and as from today in the US, no details yet about the UK but it certainly isn’t live at the moment, hashtags will be clickable. So if you are posting about an event or a topic whether it be #championsleague or #Towie you will be able to see a feed of what other people and pages are saying about the event.

Facebook has also made hashtags searchable too and have activated those that come in from other sources such as Instagram.