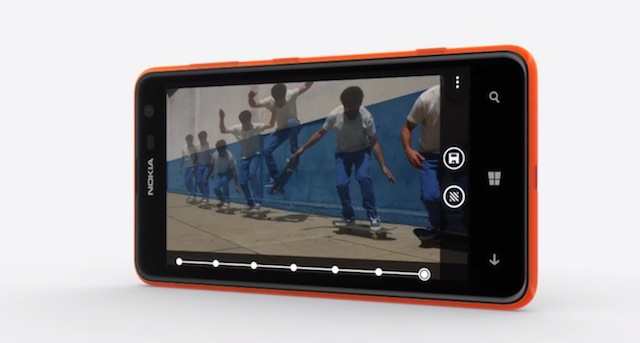 And yet another new Windows-powered smartphone from Nokia. Yet the Lumia 625 which was unveiled today, is interesting for a couple of reasons.

Firstly it is a budget-ish smartphone which has plenty of features by coming in at around £200 isnlt that pricey. Secondly it is the biggest Nokia Lumia phone to date with a near-Phablet sized 4.7inch screen.

However its resolution of 480 x 800, is a little below some of its rivals. Other features include a dual-core 1.2GHz Qualcomm Snapdragon S4, a five mega pixel camera, 8GB of storage and HSPA and LTE (4G) compatibility.

“With our largest smartphone screen to date, the Nokia Lumia 625 is a perfect example of how Nokia is delivering leading smartphone innovation and experiences at every price point,” said Jo Harlow, executive vice president, Nokia Smart Devices.

The phone will be widely available in the UK with EE, Vodafone, O2, Phones4U and Carphone Warehouse all saying they will have it in stock come early September.