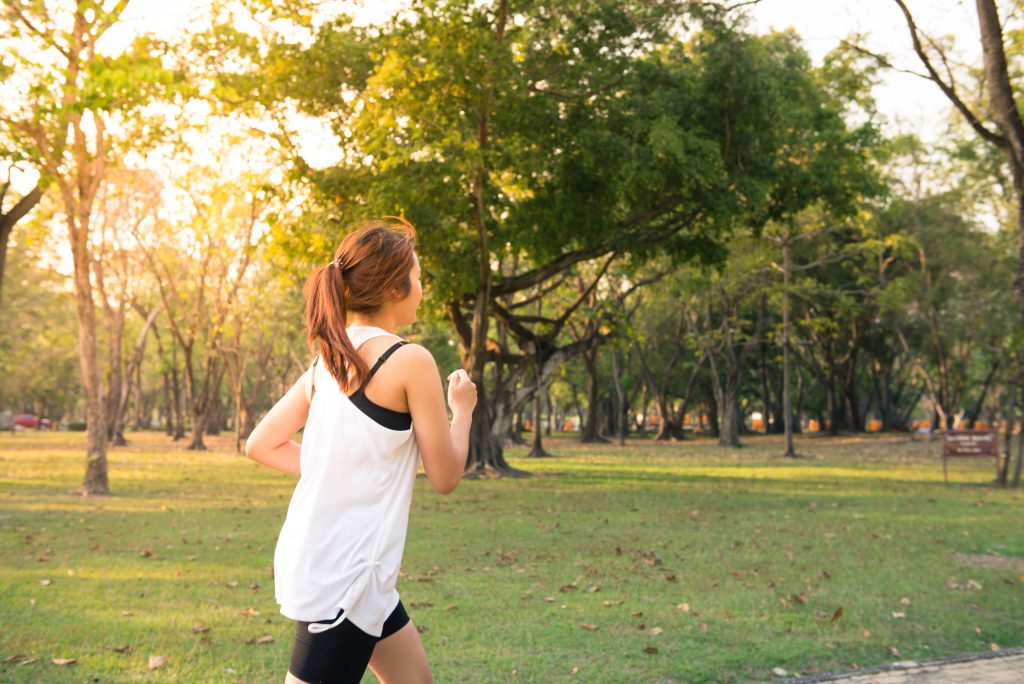 Office workers feel more productive and in a better mood after being in the great outdoors, according to new research.Productivity improved by 45 per cent from being outside for just 29 minutes – and 63 per cent feel better ‘in themselves’ after spending time in fresh air, according to the 2,000 office staff surveyed.And 57 per cent of a further 1,000 line managers thought their staff were more productive as a consequence of working from home.

As a result, half have already implemented flexible working and are encouraging staff to spend more time outdoors when they can, with a further 28 per cent planning to do so in the future.

She says there are wellbeing benefits from spending just 20 active minutes, 40 mindful minutes or 60 working minutes in a nature-rich environment per day.

She explained: “Increased flexibility at work means that people can adjust better to increasing demands and find a balance.

“Spending some time outside in a green space is good for mind, body and soul.

“Just 20 minutes of active time outside can generally improve our health and wellbeing.

“That can lead to improved concentration as well as help you generate ideas and be more productive – so it’s a no-brainer to try to find ways to get your RDNA in.

“It’s not always easy, particularly in the colder months, and many people need to leave home to find some green space, but there are ways you can organise your daily life so that you can increase your exposure to nature.”New appreciation for outdoor space has led to a notable improvement in mental health too – with 63 per cent office workers having felt a general improvement in their mood after spending time outdoors.

And four in 10 believe they are more productive if they squeeze a run or workout in before their day’s work begins according to the research by Lenovo via OnePoll.

More than three fifths (62 per cent) take to the outdoors simply to ‘clear their head’, while another four in 10 use the opportunity to try and burn off some calories.

Other reasons for trying to increase their time spent outside include having a change of scenery and stretching their legs.

Before the pandemic sent millions of office workers to spare bedrooms across the country, the average time spent outdoors daily was 61 minutes. This has now risen to just over 75 minutes a day as workers try to separate their home and working lives.

As a result, from now on, over half (56 per cent) of those normally stuck inside an office will consider it ‘very important’ to spend time outside during the working day.

With many accustomed to working away from the office, 84 per cent of office workers said more flexibility in general in their working life will make them happier and more motivated when offices fully re-open.

Three in 10 are hoping to go down to working four days a week to redress their work/life balance, while 64 per cent expect to be able to work from home more often.

And bosses agree, with 61 per cent understanding the importance of keeping their team happy – estimating their staff have increased productivity by a third since working flexibly.

A spokesman at Lenovo UK said: “Working practices have completely changed in recent months, as has the relationship with being outdoors for many.

“Spending increased amounts of time outdoors and in different working environments with the support of employers, can only be a good thing.

“This is why we are so excited to be launching a 5G laptop, as we hope this will help people to continue work, create and play outside of usual office spaces away from the constraints of Wi-Fi – including the great outdoors.”

HONEY LANGCASTER-JAMES’ TIPS FOR GETTING YOUR RECOMMENDED DAILY NATURE ALLOWANCE

• Flexibility is key: Spot the opportunities to spend time in nourishing space wherever you find it.

• Mix things up: As it gets hard to go outdoors during winter, mix things up a bit by moving your desk so that your chair faces the window and find a green view.

• Try a new exercise: Get outside for some daily exercise, but instead of pounding the pavements on a run through the city, why not try doing some morning Thai Chi or yoga in a local park.

• Switch up the commute: Change the route that you normally use to drive to work or take the kids to school.

• Look for green spaces in your local environment, such as parks or cemeteries, and follow the routes that take you closer to those spaces.