Exeter University has launched Never Ok, its campaign against sexual harassment. Inspired by Manchester Uni’s We Get It campaign earlier this year, it’s also a response to a recent NUS survey on ‘lad culture’, which found that two thirds of students had heard rape jokes on campus, while 50 per cent of students felt there was a prevailing culture of sexism and harassment at their universities.

With an accompanying video starring students, lecturers, rugby players and David Tennant (he was filming nearby – quick, to Exeter everyone!), #NeverOk has quickly gathered pace and international attention. ‘Sexual harassment should be defined personally,’ Student Guild President Rachael Gillies told The Debrief. ‘Catcalling, inappropriate jokes and chants, we want to empower our students to call it out.’

In what we could almost call an anti-viral campaign, Liberians around the world have taken to Twitter in a show of pride and solidarity to confront the stigmatisation of the nation as one of the worst-hit countries in the Ebola outbreak. Spearheaded by Liberian-American TV host Shoana Clarke Solomon, the campaign features a powerful video made by the presenter after her daughter was teased at school in New York for being from Liberia.

An offshoot hashtag, #EbolaStigma, is also being used for people from other West African nations to share their experiences too.

There was just enough space to squeeze in another charity campaign before Children in Need next month, so Stand Up 2 Cancer took over C4 on Friday night, raising £14 million (and counting) for Cancer Research UK.

We still haven’t decided who wins, Jamie Oliver and Taylor Swift’s ‘Bake It Off’ video, or Kate Moss, Noel Gallagher and Naomi Campbell cosying up for a night of Monster Munch and Gogglebox. But either way, cancer loses. 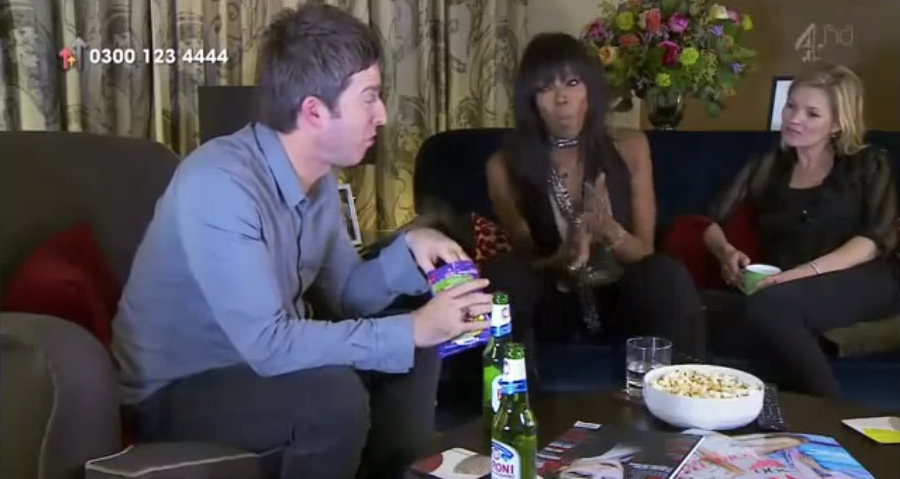 On Friday, the same day that marked six months since more than 200 Nigerian schoolgirls were kidnapped by militant group Boko Haram, rumours started spreading that a ceasefire had been reached – and that the Chibok girls would finally be returned to their families.

While no deal has been confirmed as yet, the mood among campaigners ranges from doubtful to cautiously optimistic, with many attributing the possible progress to the high-profile social media firestorm that’s seen backing from Michelle Obama, Angelina Jolie and Nobel Peace Prize winner Malala Yousafzai.

There’s nothing Twitter loves better than a spot of self-deprecation/-pity, and on Thursday it came in the form of #MyLoveLifein3Words, another worldwide-trender courtesy of Comedy Central’s show @Midnight. Cue tales of loneliness, pizza, rejection, more pizza, unrequited love and enough One Direction gifs to keep the internet swimming in hormones all month.

Our favourites included @BibiLynch‘s ‘Keep the receipt’, @charliejburness‘s ‘Where’s the Prosecco?’ and all the of the many, many people who made a ‘404: not found’ gag.

A breath of sweet, warm sincerity amid the usual sea of Twitter snark, #JealousOf was started on Wednesday by writers @NotRollergirl and @rhiannonlucyc in response to this article about female friendship, love and envy on The Hairpin. ‘Admitting female jealousy can be a way of showing how much you admire a fellow woman. Who are you #jealousof?’ asked Rhiannon, and followers spent a lovely, gushy evening responding with nominations for the women they’re most envious of – the idea being that admitting your jealousy is a powerful way to turn it into a positive thing. We’re jealous of YOU, dear readers.