Apple’s highly-anticipated, first foray into the world of wearables certainly didn’t disappoint fanboys and girls all over the globe when Tim and the team lifted the lid on the Apple Watch in Cupertino, California, yesterday

The device is packing its own payment system, it allows you to send emojis, you can share your heartbeat with loved ones, receive calls, messages, mail and the personalisation options for your clock face are ‘virtually endless’.

But where we see the real value of the Apple Watch is for health and fitness tracking. And we’re certainly not the only ones.

When Tim Cook first introduced the gadget, he said: ‘It’s a new, intimate way to communicate from your wrist, and a comprehensive health and fitness device.’ So it’s no secret that the team understands the growing importance of providing customers with as much health and fitness data as possible, as well as an ecosystem to make sense of it all.

The Apple Watch features best in class tracking sensors that promise to suit everyone from your average Joes who want to move a bit more and lose some pounds, through to those who workout regularly, all the way to the other end of the spectrum: the serious athletes.

This may sound like a straightforward task, but we’re yet to see a device that can be just as valuable for a couch potato as it can be for a world-class athlete.

But even if this device doesn’t manage to appeal to the die-hard Olympians of the world, it could still very easily blow other mainstream devices out of the water given it’s essentially providing users with everything they know and love about their Fitbit Flex or Jawbone Up, but it’s making it more useful by packing in phone-like features, apps and music integration.

If it lives up to its promises the Apple Watch could shake up the wearable fitness market in a huge way (and by that we mean it could soon be the only wearable we’ll all be wearing), become as important to the world of fitness as the iPod was to the world of music and here’s why: 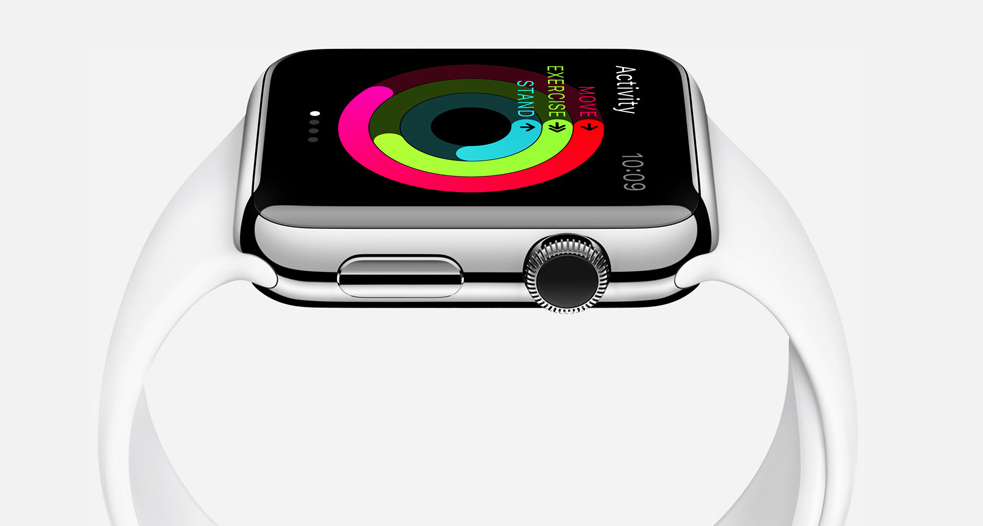 It’s a one-size-fits all fitness tracker

As I said above, we’re yet to see what the device can do in the real world. However, Apple’s promises are pretty huge and not to mention ground-breaking when it comes to who the wearable will appeal to: regular people who want to move more, those who workout regularly and even serious athletes. That’s no easy feat!

To my knowledge there isn’t one device on the market right now that can effectively cater for all three types of people, although a few may claim to they’re either too rudimentary or over-complicated depending on an individual’s specific needs and experience.

Whether the Apple Watch is really a one-size-fits all device or not will obviously need to be seen in the flesh, I imagine it’s actually the mid tier that would benefit most from a wearable like this, those who workout a fair bit and want their steps tracking too, but I’m willing to be proven wrong.

Even if the device does prove to be too basic for serious runners or athletes, on paper it still looks as if it’ll blow competition from the likes of Fitbit, Jawbone and Misfit out of the water.

The UI is optimised for your wrist and your busy lifestyle

If you watched any of the Apple announcements live last night you’ll know that the team placed a huge emphasis on the watch’s new UI, how it’s built for your wrist and its ‘Digital Crown’. According to the Apple website: ‘Our new Digital Crown is a multifunctional input device that lets you zoom, scroll and select without covering the screen. It’s as integral to Apple Watch as the Click Wheel is to iPod.’

It may sound small, but it’s the combination of the crown and small, high-quality touchscreen that appear to really define the Apple Watch experience. If we’re assessing the watch’s capability as a fitness tracker, ease-of-use and accessibility are so so key to turning the Apple Watch into a part of your daily routine – as apposed to leaving it on the shelf. 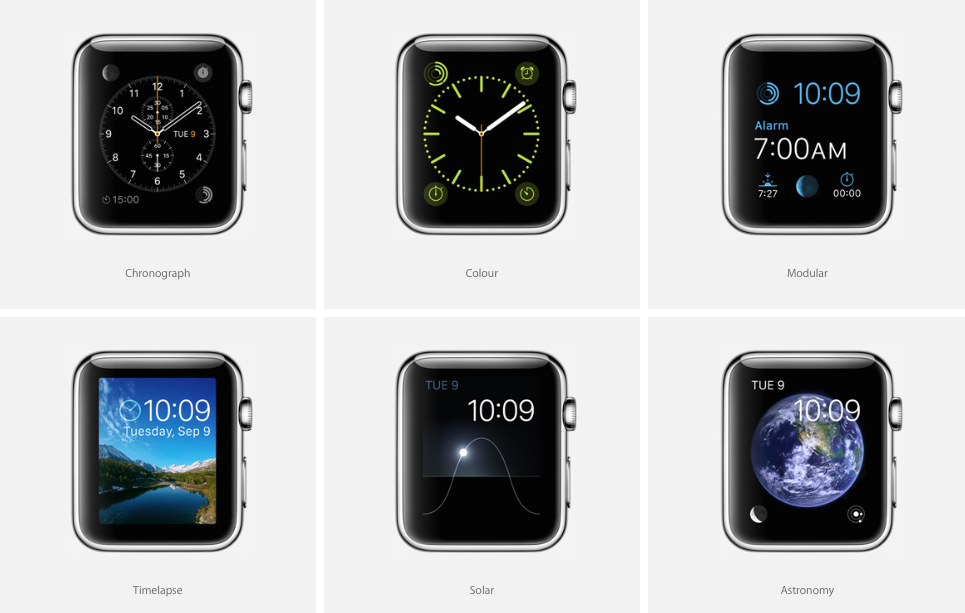 Anyone who’s taken another smartwatch or fitness tracker out for a spin before will know that it’s hard to wear something 24/7. Not because it isn’t comfy or useful, but because you just get bored of looking at it. Or at least I do.

Well, you can choose between lots of different styles, sizes and straps when you go to pick out your Apple Watch, so choose wisely! But there are also a range of customisation options once you’ve got it too. The clock face has about two million different combinations that you can tweak away to your heart’s content.

…which means you can make it less watch, more tracker

If you want to primarily use the Apple Watch for tracking, you can control how it looks and force it to stop masquerading as a watch and look a little more like a fitness watch or just shove a photo on the front instead.

It has so many built-in sensors (mostly)

The Apple Watch has its own accelerometer and hear rate monitor, but needs to be synced up to a phone to track your GPS – so your runs and workouts.

There are three different features that use the sensors to collect data:

The ‘Move’ ring will track how many calories you’ve burned up throughout the day and tell you when you’ve reached your personal goal – lil the Misfit Shine or Fitbit Flex in this sense, but you can see more obviously.

The ‘Exercise’ ring allows you to track your movements and shuts when you’ve managed to move for 30 minutes each day.

The ‘Stand’ ring measures how often you break from being lazy and sedentary.

…And one of them tracks your heart rate

Oh yeah, the bit that REALLY sets it apart. The Apple Watch can monitor your heart rate using LEDs, photosensors and infrared sensors. This is something other mainstream trackers have been unable to do in a way that’s affordable and accessible.

If you’re going to be primarily wearing it for exercise, then you can get a dedicated version built for sport, complete with strengthened glass and colourful, comfortable, durable straps. Other wearables have really missed a trick by not providing different models for different types of people, but it looks like Apple has really put in the effort to figure out who wants a wearable and what they want it for.

A specific app for workouts

The Apple Watch is built for fairly sedentary people, but it also promises to be a must-have gadget for those who take their workouts more seriously, which is why there’s a Workout app. It’ll break your exercise down into more specific groups, like running or cycling. All your stats are then saved into the Fitness app and the data can be shared with third party apps too.

So many trackers are obsessed with hitting step goals, amounting crazy numbers and earning arbitrary points. Although there are ways to use the Apple Watch like that if you’re really into gamification and tracking, the Apple team promises the watch will be much more about quality over quantity. This is really important to build an ecosystem and ensure that putting on the Apple Watch becomes habitual.

And the reasons why it might not be a game-changer…

It’s much more expensive than your average fitness tracker. In fact, at $349 it’s nearly triple the price of most major trackers on the market at the moment.

It’s only going to work with iOS devices – iPhone 5 and above. Sure, I get Apple want you to buy all of their products and join the cult, but with the popularity of Android lots of people who’d have wanted to try it out for size instead of opting for an Android Wear device straight away won’t be able to.

It needs to be paired with a phone for GPS to work. So if you’re using the device to track long treks or runs, you’ll need your phone with you too.

The heart rate sensor may not be as great as it sounds. It’s hard to tell at this early stage, but it seems like your heart rate will be read using optical sensors, which are on the whole less accurate than devices that strap around your chest or other parts of your body.

The Apple Watch won’t be available until early 2015.