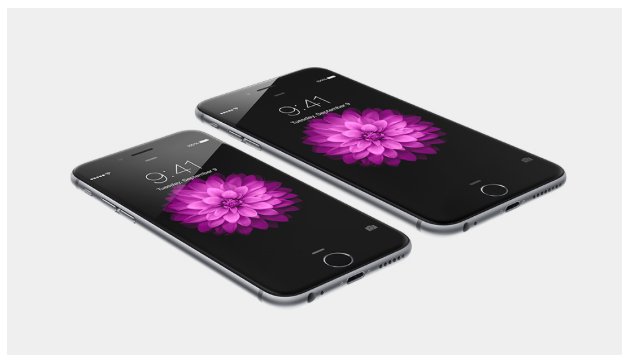 So Apple has just announced both models of the iPhone 6, the iPhone 6 and the iPhone 6 Plus. Chances are you weren’t able to watch the live stream, since it was struggling to work at the best of times, and have no idea what all the fuss is about. Fortunately we know everything there is to know about the iPhone 6, and have condensed it all into easy-to-read chunks. 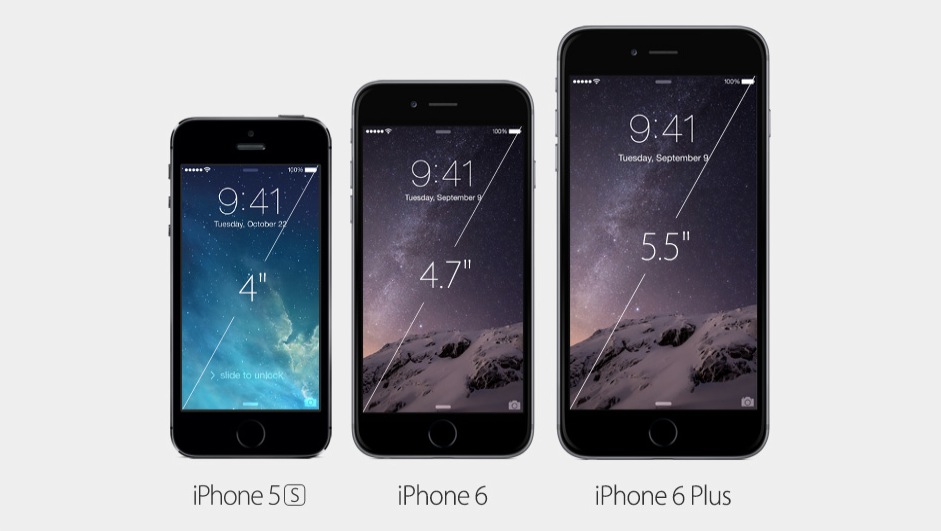 We knew that a dual model release was coming thanks to the plentiful selection of rumours we’ve had over the past few months. We have the iPhone 6 a fairly regular sized phone with a 4.7-inch screen, and the iPhone 6 Plus a phablet with a 5.5-inch screen. Both have an anodised aluminium back plate and a stainless steel Apple logo on the rear.

Both use Apple’s new ‘Retina Display HD’ technology, which is a fancy way of saying they have higher resolutions that previous iPhone models. The iPhone 6 has a 720p resolution, and the iPhone 6 Plus has a 1080p resolution. Not exactly high-end on the smartphone market, but the rumours had promised that it would be a lot worse so we can’t really complain.

Both include the TouchID fingerprint scanner first seen with the iPhone 5S, and not only will it do all the things it could be before, double-tapping the button makes the whole display sliver down for some reason. Oh and the power button isn’t on the top, it’s on the right hand side of the phone.

The camera has had a sneaky upgrade 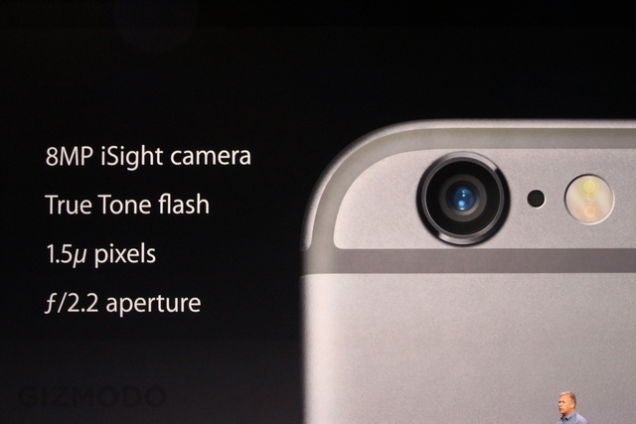 At first glance it seems that the camera hasn’t had much of an upgrade because it only takes pictures in an 8MP resolution. Shame on you for thinking the number of megapixels was relative to the quality of the photo. The main upgrade to the camera is the inclusion of the new iSight sensor, which includes what Apple is referring to as ‘focus pixels’. In other words the iPhone’s autofocus has quite a significant boost. It’s actually twice as fast as the autofocus in the 5S.

They’ve also thrown in panoramas that can be up to 43 megapixels in size (blimey), and video can now be recorded at 1080p with either 30 or 60 frames per second. Apple has also included slow-motion filming that films at a whopping 240 frames per second, so you can go out and film your own Matrix-style bullet-time videos.

The hardware has had a significant boost

As expected both iPhones will be running on Apples new 64-bit dual-core A8 processor, which is roughly comparable to the Snapdragon 805 that we’ve been seeing in recent flagship devices. It’s got two billion transistors, yet still manages to be 13 per cent smaller than the A7. Oh and it’s also 25 per cent faster than the A7.

Battery life doesn’t seem to have had any significant improvement, so people who were expecting something along the lines of the Xperia Z2’s three day battery life are going to be sorely disappointed. The iPhone 6 will last for 50 hours playing talk time, 11 hours playing video, 11 hours browsing on Wi-Fi, and 10 hours of browsing on cellular data. The 6Plus, on the other hand, is a bit better and had 80 hours of talk time, 14 hours of video, and 12 hours on Wi-Fi or cellular data. Not brilliant, but hey it could be a lot worse.

They have NFC and Apple Pay 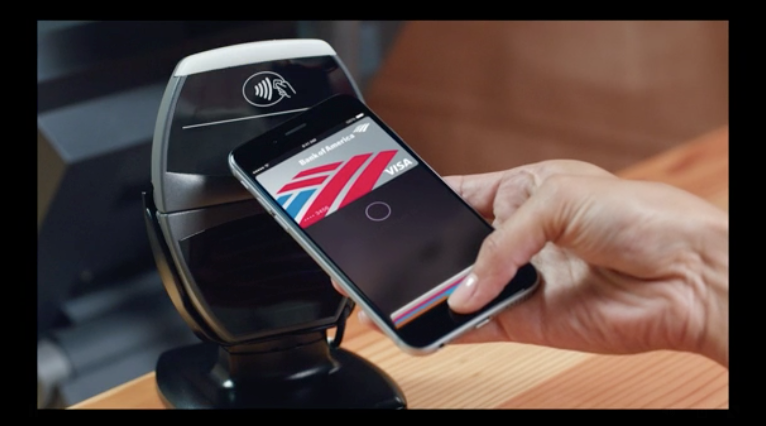 Finally Apple has seen the light and realised that NFC is actually a technology to be invested in, and has included it on both the iPhone 6 and iPhone 6 Plus. The primary function of the NFC is for the Apple Pay mobile payments system, but there’s no reason why it shouldn’t be working for anything else hat you’d use NFC on your phone for — like paying for the tube if you left your Oyster Card at home.

Apple Pay itself promises to be an ultra-secure way to pay that also happens to be hassle free. All it takes is to place your phone (or Apple Watch) against the payment reader and you’ll be able to pay no problem. It uses TouchID for identity verification as well, so yu don’t have to worry about people going on a spending spree if they manage to get hold of your phone. 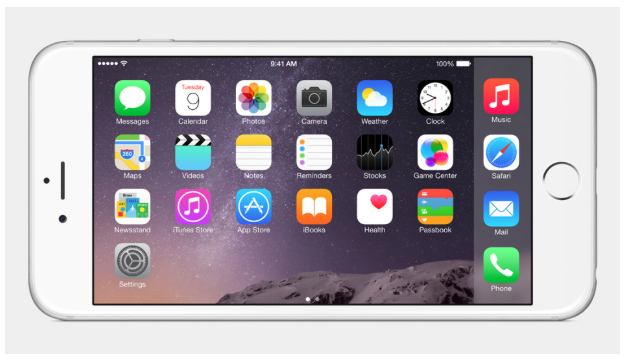 We’ve heard and seen a fair bit about iOS 8 before, but Apple did have a few things to show off about its new software. Not only will both iPhones come loaded with iOS 8 from launch, iOS 8 will also have the ability to move the screen horizontally, a first for Apple, and the kayboard has a number of new buttons when you’re using this format.

For people worrying about how apps will scale to the different sized phones that are available, you needn’t worry. iOS 8 has a system built in that is capable of scaling up to different sizes. Not only should this ease the fears of any apps developers out there, it also means that fragmentation won’t be an issue, and all the apps that you had on your iPhone 5S should still work with the iPhone 6 and 6 Plus. One of the biggest reveals, however, was the fact that iOS 8 now features the option to make calls via Wi-Fi (sorry Viber), and that EE will be supporting this feature in the UK.

Both phones will be available in gold, silver, or space grey. Pre-orders open on 12th September, and will go on sale on the 19th September.