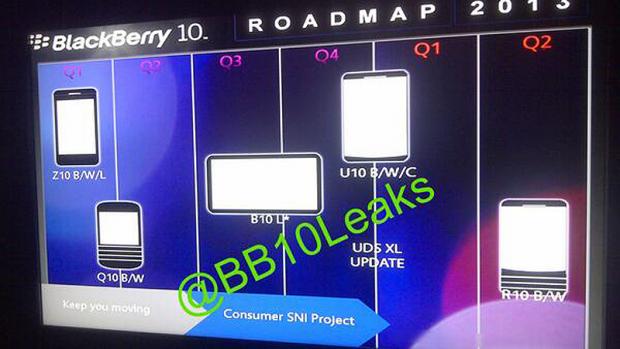 Jefferies’ analyst Peter Misek, who you might remember the other day for saying negative things about Apple, is bigging up one of its rivals – BlackBerry.

The analyst bases his optimism for the company on plans that he has seen which include the launch of 2-3 additional BB10 models before year end.

Among those slated to launch are a Z10 style touch screen device with a five inch screen and mid-range touch and keyboard style devices.

We saw a leak about the future of BlackBery a while back which included a model called the U10 which had a five inch screen and looked like it would be launching at the end of the year.

Personally I think that Blackberry needs to get a phone with a big – 4.5inch plus – screen and a keyboard out asap.