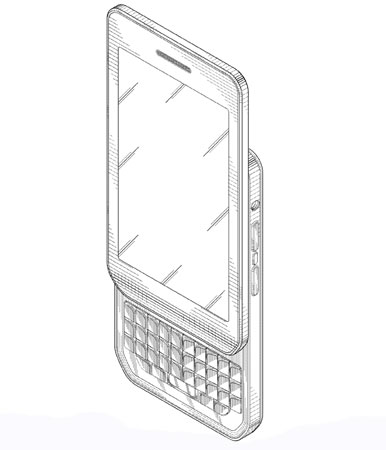 So BlackBerry needs a big touch screen phablet to keep up with its rivals. But its hardcore fans love that keyboard and want it on board too. Now it could add a keyboard to a big five inch screen, but that phone would not exactly be pocketable.

So what should BlackBerry do?

Well how about resurrect the slider? It is been a while since we saw a sliding phone, but adding a keyboard to a phablet could be a work of genius.

So check this out. Engadget has got the scoop on a BlackBerry design patent which shows how a large screen slider could work.

The fly in the ointment is that this dates from 2011 when the jury was very much out on the big screen handset, so it might have very little relevance to what BB has planned for 2013.

Nevertheless it would be a smart move for BlackBerry and we wonder if it will crop up at the company’s annual showcase, now renamed BB Live, in mid-May.

Could it be the five inch U10 that was hinted at by the company here and has already been talked about by several analysts.

If it doesn’t expect Samsung to get a slider in some time before Christmas.

One thought on “Is BlackBerry's next phone a big screen (Phablet) slider?”