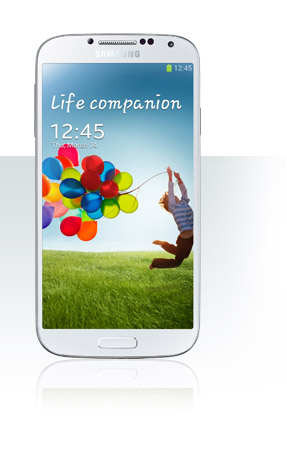 You really couldn’t make this one up. Samsung have done an Apple. Several times in the past Apple have had supply issues with their new launches (especially in the UK) blaming the popularity of the device for the lack of on sale units..

Now in classic Apple style Samsung has said that they expect the roll out of the Galaxy S4 in the US to be delayed because of ‘ unexpectedly strong demand.’

“Due to overwhelming global demand of Galaxy S4, the initial supply may be limited. We expect to fulfill inventory to meet demands in the coming weeks.”

At T-Mobile, online orders will now begin April 29 instead of Wednesday as initially planned because of “an unexpected delay with inventory deliveries.” Sprint will take online orders starting Saturday as planned, but the phone will be sold at retail outlets only as it becomes available.

Only AT&T said everything was on track and the S4 would go on sale this Saturday as planned.

Samsung does need to get the launch right. The phone could sell as many as 10 million units in its first month so while a day or two delay is fine, longer would be troublesome. Unless of course this is a clever marketing ploy and the company has already factored the delay into their business plans.

As far as we know the UK launch of the Samsung Galaxy S4 is on schedule- as it reportedly is in many other parts of the globe. Almost all the major networks have planned to be shipping the phone to their customers tomorrow – April 26th – and so far there is no sign that they won’t hit their targets.