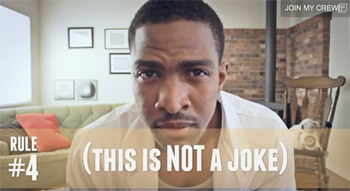 You only have to log-in to Facebook to see that the way we watch TV shows, movies and even live sporting events has changed dramatically over the last couple of years as you see Netflix updates and YouTube links pop up in your news feed every few minutes. Many of us no longer only watch content on actual TV sets, as research suggests two thirds of us much prefer consuming online content.

In response to this trend the way TV shows are being created is changing dramatically too. In the past producers would create a standalone episode of a television series that would be used to sell to a network as a way of testing out a concept. However, we’re increasingly seeing production companies challenge this traditional model and take their content online to begin with.

One example of a newer, more web-focused model is currently being trialled by production company Hip Hop Docs, which has recently launched an online TV series called Dr. Fubalous (check out the Dr. Fubalous YouTube channel too) . The show has a new episode every week and it’s a light-hearted series about hip-hop and… uh… working in medicine with collaborations from existing YouTube talent as well as some celebs, like Flavor Flav.

Shows like Dr. Fubalous stand out because they’re well produced, have guest appearances, look great, but they’re still released solely on the likes of YouTube and other online video platforms (check our Pop Hive for a great example on Vimeo). Although there’s still plenty of opportunity for beginners to get out their camera phones and create content for the web, it’s interesting to see how big YouTube names have upgraded their equipment over the years to produce videos that could well rival the professionals.

Rumours would suggest that the high-quality, web TV show trend is certainly here to stay, as YouTube is now making changes to position itself as the leading content provider for the online TV generation. The platform will be altering its homepage to feature more and more professional content in the future and is allegedly pumping a whopping $100 million into funding original professional video content that’ll draw even bigger audiences to the site.