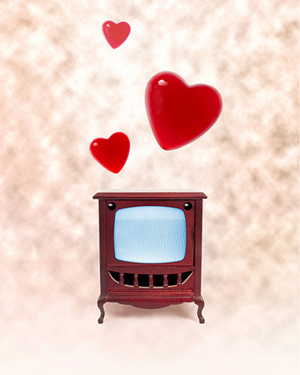 Ahh, remember when you were a kid, sat at home with your family watching The Generation Game just because that’s all that was on? We just all seemed to accept the fact TV was rubbish and cheesy, didn’t we? Well now we have SO much choice, with thousands of channels, on-demand services, streaming sites and all the box sets we could ever ask for that we don’t really tend to watch that much live TV much anymore. Well, expect Take Me Out of course.

Although most of us already know this to be the case, as we watch boxset after boxset and sell our souls to Netflix, a new study has revealed that a huge third of Brits no longer really watch live TV AT ALL.

The research commissioned by MyVoucherCodes.co.uk has found that 36% of people in the UK don’t tend to tune into live TV. It seems technological advances are responsible for the sad (yet inevitable) demise of the TV set, as most of those who admitted to not watching live TV instead rely on the likes of BBC’s iPlayer or Channel 4’s 4OD, as well as services offered by media providers like Sky and Virgin that allow users to pause, record and rewind live television.

It seems our attitude to the latest, must-see episodes has changed too, we’re not all tuning in at the same time as soon as our favourite shows air, 36% of Brits said they don’t watch programmes when they’re first on TV and 74% said instead they catch up with everything they want to watch at the weekend.

Interestingly, 2% also admitted to not owning a television. But, given how much you can watch on your computer nowadays, we imagine this will become the case more and more in the future.

1,763 people aged 18 and over from across the UK were polled in the survey by MyVoucherCodes.co.uk.