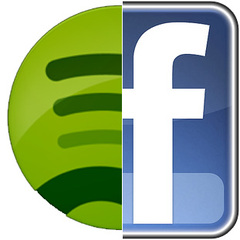 Facebook’s rumoured deal with Spotify is part of a wider move into music by the social network that could do serious damage to rivals like Apple’s iTunes.

Facebook want to do more than just offer a music player for their site: a source told Gigaom that they hope to do with music what they have done with games and news. It’s believed they’ll unveil the service at their F8 developer conference in August.

In this new music service, you could not only find and play music on Facebook, but also bring it into the social experience – by liking, commenting on and sharing tracks. Other details will confirmed at

The Facebook’s idea will go beyond Spotify as well – they’ll be contacting other online music services too hoping to pull them into the Facebook music experience with Facebook Connect and the Facebook Like button.

The shift to shareable cloud-based music, paid-for on a subscription model could do damage to the iTunes approach of buying individual tracks.

The Facebook developer conference F8 2011 will most likely be held in August in San Francisco.