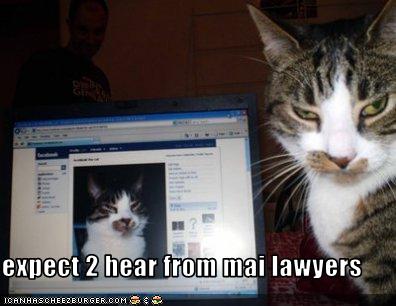 Facebook helps people who are precious about their appearance to “get over themselves” according to some research written up in the Globe and Mail.

The research by academics at several different US universities has turned up some pretty obvious results – narcissists tend to post lots of pictures of themselves on Facebook, that women tend to post more pictures than men and to spend more time .. and other people use photos of other people to check them out (…NEVER!) as well as the more interesting observation that it can actually help some people who are precious about their appearance to get over hang-ups.

After all if even your hot friends have pictures of them looking like blotchy-faced zombies – then you start to feel less bad about how you look. As Dr Matrix, an assistant professor in the media and film department at Queen’s University, said: – “It’s easier to get over yourself when there’s a thousand pictures of you online.”

There’s also the fact that it’s hard to be too precious about your self-image when your wall and all your images are open to your friends to write “LOL” under. You have to accept being embarrassed.

Ms. Christofides – another researcher on the study, a doctoral student at the University of Guelph – observed this about people who like to keep their Facebook profile carefully manicured and controlled.
“If their self-worth is more closely linked with their image and appearance, then it would be more important to carefully manage that on Facebook. In some ways, Facebook gives people greater control, but others can post comments or photos at any time that can undermine a carefully presented image,” Ms. Christofides said.

Every so often there’s a story about Facebook and Psychology. It reminds us a little of this: Facebook can make you feel better if you have low self-esteem..