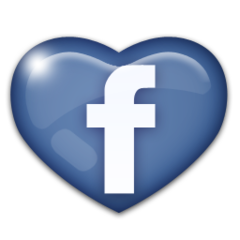 Some cheering news from the world of psychology research. Apparently Facebook can make you feel better if you have low self-esteem.

People with low self-esteem were more likely to spend time on Facebook in the first place according to the research by researcher Soraya Mehdizadeh in York University, Canada. That’s something we might have guessed anyway. But she suggested that rather than hanging around on Facebook being just a symptom of the problem, it could actually help people feel better.

She suggested that more contact with other people and flattering comments from friends could have a benefical effect on people who were feeling down.

The 100 students in the study were asked to record their Facebook habits and then tested for various personality traits. Two traits stuck out. Participants who were deemed narcissistic, and others shown to have low self-esteem, spent more time on Facebook.

Students who scored lower on the self-esteem scale, as well as those rated higher on the narcissism test, were correlated with a greater number of Facebook checks per day and more time spent on it.

According to the Globe and Mail, Mehdizadeh said that both groups were getting something from Facebook that made them feel better:

Facebook can serve as a “social lubricant” for those with low self-esteem, since it’s so easy for them to connect with so many people. For example, Facebook friends can boost the confidence of someone who doesn’t feel good about their physical appearance by posting flattering comments on photos, she added.

“That’s obviously something that might help someone deal with their low self-esteem,” said Mehdizadeh.

“If (Facebook) would improve their self-esteem, what great benefits that would have to the health and well-being of people who use the site.”

As for the narcissists, well, they just get to look at lots of picture of themselves and have a big list of how many friends they have.