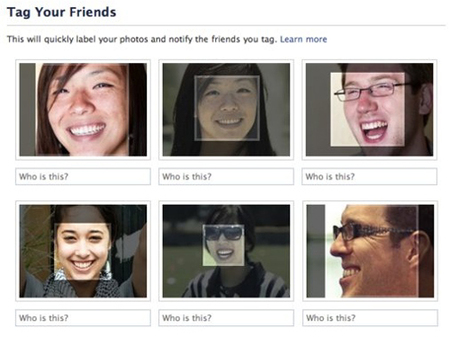 We’ve seen in the press today that Facebook will be putting in a place a “friendship test” where users may be shown pictures of their friends and asked to identify them – to prove that they are the true account holders.

However the official Facebook Blog says nothing about this so we’re not sure if this a bona fide feature that will be universally rolled out or just someone misinterpreting a little security test.

Anyway – if Facebook did go ahead with this friendship test – those joke photo tags would take a hammering. You know when your friends tag 80 people on a picture of some sheep and suchlike..? it’s going to be hard to remember that sort of thing out of context. And if that discourages people from joke tags, that will make me sad, because there’s nothing I like better than a humourously tagged picture of goats. Or something.

Though whether that transpires or not – this auto-tagging facial recognition tool is real – and will be coming soon. See the Facebook blog on it here. [screengrab above represents the new auto-tagging feature]