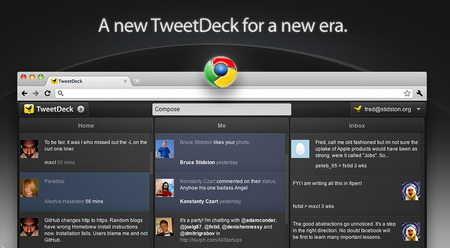 Tweetdeck is known as one of the best web apps for Twitter, but could the handy service actually start to rival the social network that it provides a conduit for?

Well possibly and it looks like it’s taking on Twitter on one of its strengths – the 140 character limit that has proved so popular.
Among other features Dreck.ly will bust that open – letting users post and read tweets right up to half a million characters.

Expect software updates next Monday after some testing this afternoon, with Facebook support coming soon.

It is a smart move for Tweetdeck to start doing something new because if Twitter starts developing more of its own native apps for itself – as it has for iPhone and now for Mac, it will wipe out the whole ecosystem of 3rd party twitter apps.