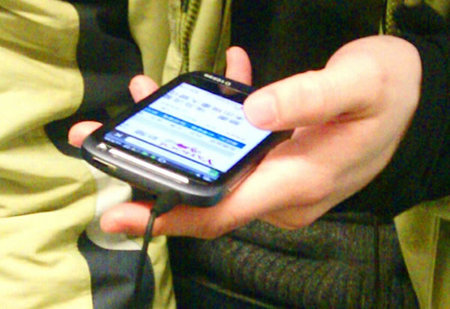 Say hello to the world’s new top Android phone – if rumours are to be believed – that’s it up there, snapped out in the wild by a keen-eyed tipster who sent the photos to Engadget.

HTC are likely to make the big official announcement about their new phone at Mobile World Congress in two weeks time, so these snaps are just a sneak preview.

From we can tell – which isn’t much – the new HTC Android has slightly curved-in ends reminiscent of the HTC Hero, and a front-facing camera. The screen looks about 3.5″ and the colours are an unsurprising mix of grey and black.

HTC face stiff competition from LG who released some heavy-hitting Android phones at CES 2011 – including the dual-core Optimus Black which had Gerald from TechDigest raving about its speed. 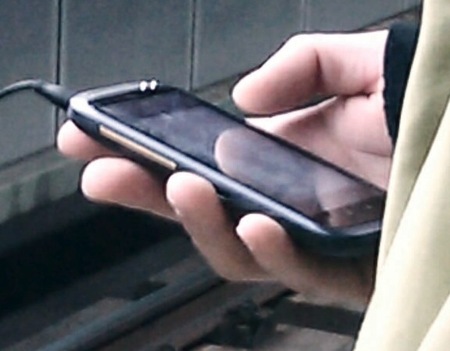 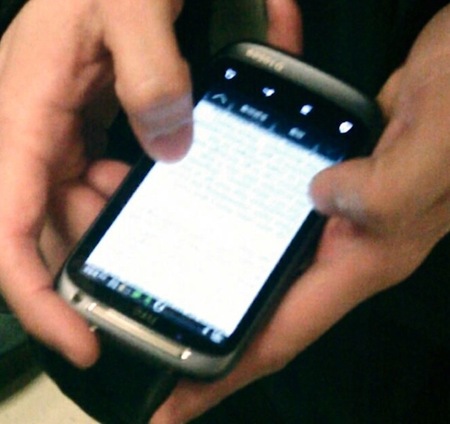