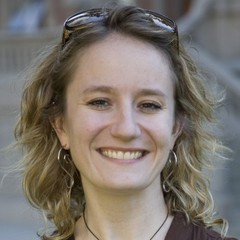 The idea that racism killed MySpace is a theory has been around since Berkley pHD student Danah Boyd published a blog post and then a dissertation on the subject in 2008. She’s about to publish a book chapter on the same subject, and a preview of it has been doing the rounds on Twitter, you can read it here.

To a techie, it’s a funny one: more obvious reasons for the downfall of the network giant include a failure to innovate, buggy slow-loading pages and the fact that Facebook is well, so bloody good.

But there’s a lot of evidence for Danah’s theory too, mostly qualitative: she cites interviews, samples thousands of MySpace profiles and uncovers cultural differences in the social networks that seems to depressingly mirror the fractures and hierarchies in “real-world” society.

She also points out the very different roots of the two sites: MySpace – an urban site for people who followed bands; Facebook – a Harvard-grown networking site specifically restricted to Ivy League schools in its early years.

I guess the groupings in society are reflected in the Internet space. Writing about the case of gay people on the internet the other day, I thought that the internet was empowering. But this shows that in terms of race anyway, it can reproduce ghettos and limitations too.

But I suppose it’s just a big old blank space for people to run around and do what they do in the real world too. Still to make a few sweeping generalisations from Danah’s research and the Harris International findings the other day…

One thought on “Social networks and identity: MySpace is more black, Facebook is more white and Twitter is gay?”