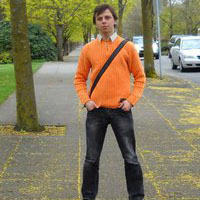 It’s a shame for Microsoft that the Russian spy caught working there was a slightly balding geek with poor taste in sweaters rather than a sexy redhead. A glamorous spy working on Windows 7.5 say, would have done something for Microsoft’s reputation. Given it all a bit of a James Bond allure.

But no, even the Kremlin knows Microsoft isn’t sexy and consquently allocated Alexey Karetnikov rather than Anna Chapman to the Microsoft HQ in Redmond, Washington. (Chapman was working as a tech entrepreneur on a New York website.. much more conceivable..)

Karetnikov was the 12th person caught in the spy ring exposure. .

As far as the actual spying bit is concerned, Microsoft needn’t worry too much. According to Mashable Karetnikov was “in the early stages of his spy work, but had yet to obtain any useful information”. Though there have been some suspicious goings-on at Microsoft – was it Russians who brought the Kin phone down..?

One thought on “Microsoft can't even get the sexy Russian Spies..”