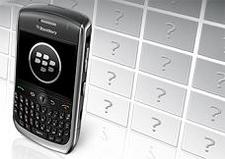 The Blackberry Store took its first steps into the real world last week but the general public were none the wiser and all the people that were in the know could do was sign up and register their details. However, when the clock struck midnight last night (or is that this morning?) Blackberry’s app store went live – the apps are yours for the taking… for a price of course.

Once you’ve completed the monotonous task that is downloading the software, users will gain access to around 600 applications. You will be spoilt for choice, as by the weekend this is expected to ascend to 1,000 in a range of categories including Games, Maps and Navigation, News and weather and Social Networking and Sharing. Dan manages to get a personal showing (and a Starbuck’s coffee) from the lovely guys over at Blackberry and his initial views include the words ‘surprisingly smooth’ and ‘user friendly’. Check it out in a video after the jump…

The ‘surprisingly smooth’ comment referrs to its ability to work nicely over a GPRS signal and the words ‘user’ and ‘friendly’ were used in relation to a comparison with the Android Marketplace.