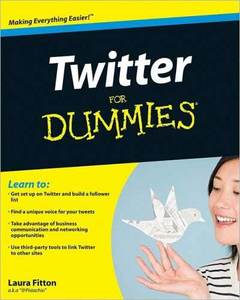 What is the world coming to? First a Twitter shaped change to the curriculum has been proposed, that would see primary school children learning how to use the microblogging tool; and now it has been publicly revealed Birmingham University is to offer an MA course covering blogging and social networking. Apparently, the course is “not for freaks or IT geeks” (by freaks do they mean: ‘a person or animal on exhibition as an example of a strange deviation from nature; monster’ coz’ that’s what the dictionary says) well that’s what the guy who put the course together thinks. Good god, have we not realised how fickle the internet is yet? There’s a very very strong possibility this course will be rendered obsolete after a year or two.

The futile course will cover what people can do on Facebook and Twitter and how they can be utilised for communication and marketing purposes. It’s been revealed there has been “significant interest in the course already” and why wouldn’t there be? Who wouldn’t opt to take easy street if it means achieving an MA qualification at the end of it? I know a bunch of students who would jump at the opportunity.

Is a social networking course really necessary… really? I propose saving your pennies (and ultimately crucial hours of your life that you’ll never get back) and locating your geekiest web 2.0 loving pal and get them to teach you a few things in the social network arena.

I must admit, social networking skills are becoming increasingly important in the employment realm (Sky even appointed its own Twitter correspondent) but this doesn’t mean taking a course in social networking would make you a cut above the rest. In fact, during the year spent doing the course, students could learn everything they need to know themselves or appoint their geekiest and most web 2.0 savvy friends to teach them everything they know. You may have to buy them a pint or a slap up meal, but at least you won’t be £4,000 in debt for something that you could have learned yourself with a little self perseverance or a simple Google search.

Anyone who signs up for this course deserves all the rejected job applications they get. Am I the only one who thinks this would be a waste of an MA?