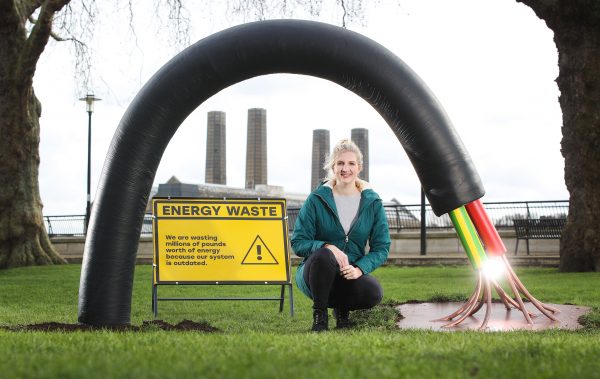 A study of 4,000 adults found almost a quarter are unaware of where energy gets wasted in the energy system, and four in 10 think being energy efficient is ONLY about the individual steps people take in their homes.

The research, commissioned by Smart Energy GB, found nearly half of Brits admitted they could ‘do more’ to reduce their own waste, including energy, packaging and food. But one in 10 don’t know what difference it makes to cut back on the amount of plastic, food and energy they use, with a third saying it can be an inconvenience to reduce their waste.

Olympic champion Rebecca Adlington, who is fronting the campaign, said: “When it comes to reducing waste at home, we are all trying to do more.

“We recycle, drink from reusable cups and eat wonky carrots.

“We all know that we need to save energy too, but because energy waste is invisible, it’s tricky to know how we can reduce it.

“By getting a smart meter we can all help upgrade our outdated energy system, which will contribute to saving an estimated £650 million of this ‘invisible’ energy waste.

“I’ve had my smart meter for several years now and it’s been a huge help in enabling me to reduce the energy use in my house.

“What I didn’t realise is that just by getting it installed, I was also helping to update our energy system to one that is more efficient and less wasteful.”

The study also found 63 per cent of those polled said the biggest responsibility for reducing waste in society lies with everyone. And as many as six in 10 said they would be more careful about how much they waste if there was less effort involved.

It also emerged that plastic is the number one concern for the nation when it comes to reducing waste, with just 36 per cent recognising the importance of watching their energy consumption.

The research, conducted via OnePoll, found a fifth admitted that a change to their own behaviour is in order if they want to reduce their waste, while one in 10 don’t think their efforts – as one person – have an effect.

Yet more than a third agreed they, as an individual, hold the biggest responsibility for reducing waste in society.

More than three quarters of Brits think they are ‘doing their bit’ at home to waste less energy/reduce energy waste.

Reducing the temperature of the washing machine, turning the heating down and getting a smart meter installed are among the ways Brits are trying to reduce their energy consumption.

Robert Cheesewright, director of corporate affairs, Smart Energy GB, said: “Energy system wastage is largely invisible, and if we can’t see something then we understandably don’t think about it.

“This waste happens throughout the energy system; from where it’s generated, moving through the network to our homes, and then within our homes too.

“The good news is that there is something we can all do to help – by getting a smart meter we can make the move to a smarter energy system that is less wasteful, saving our country millions of pounds.

To find out more about  smart meters go to https://www.smartenergygb.org/en/smart-living/wasteland.