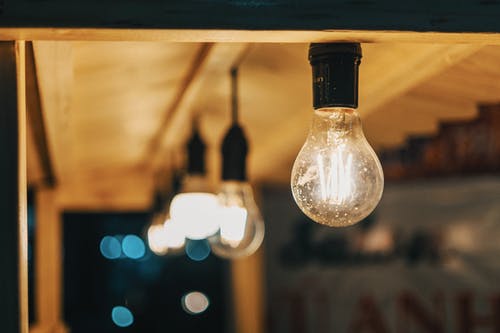 Millions of millennials admit they can’t hang a picture or even change a lightbulb. The study, which polled 2,000 adults, found putting up wallpaper, bleeding a radiator and painting are also among the DIY tasks 25 to 34 year-olds don’t feel confident doing without help.

Tightening a wobbly kitchen cupboard door and fixing a loose screw also emerged among the jobs young adults won’t try without assistance. In fact, this generation even confessed to ignoring a dead light bulb for more than THREE WEEKS before asking someone else to change it for them.

Less than a quarter would rate their personal DIY skills as ‘good’, while 13 per cent confessed their abilities are ‘poor’.

According to the survey, by Plusnet, a third of millennials will get help on DIY tasks because they aren’t confident in their own ability, while a quarter agreed someone else will do a better job.

But a tenth admitted to seeking assistance because they are impatient, while 14 per cent don’t have the time to do it themselves. Dad is the go-to person for two-fifths of 25 to 34-year-olds, while 16 per cent will ask their brother or mum for advice.

And as many as 87 per cent will turn to Google for help with these homely tasks.

However, 41 per cent are more likely to get a tradesperson in to fix the problem than attempt it themselves.

In fact, a quarter would much rather pay someone to do a DIY job than have a go at doing it.

As a result, millennials will fork out £320 a year to find a good tradesperson to mend, fix and repair things in their home.

But while 15 per cent will choose a tradesman based on value for money, a quarter will pick one based on online reviews.

And a third will be put off choosing a particular ‘handy person’ because of a ‘cheap’ looking website, with two-fifths not booking their services if the website didn’t function properly.

When asked about the tradespeople they use most regularly, 37 per cent of the millennials polled, via OnePoll, have a plumber handy for frequent household tasks, and 42 per cent said the same about an electrician.

As many as 11 per cent reported regular contact with a blind fitter, and 17 per cent are even in touch with a personal decorator.

Nick Silverwood, from Plusnet, said: “We know the internet is a powerful tool for business and we wanted to find out the real difference it can make to independent workers.