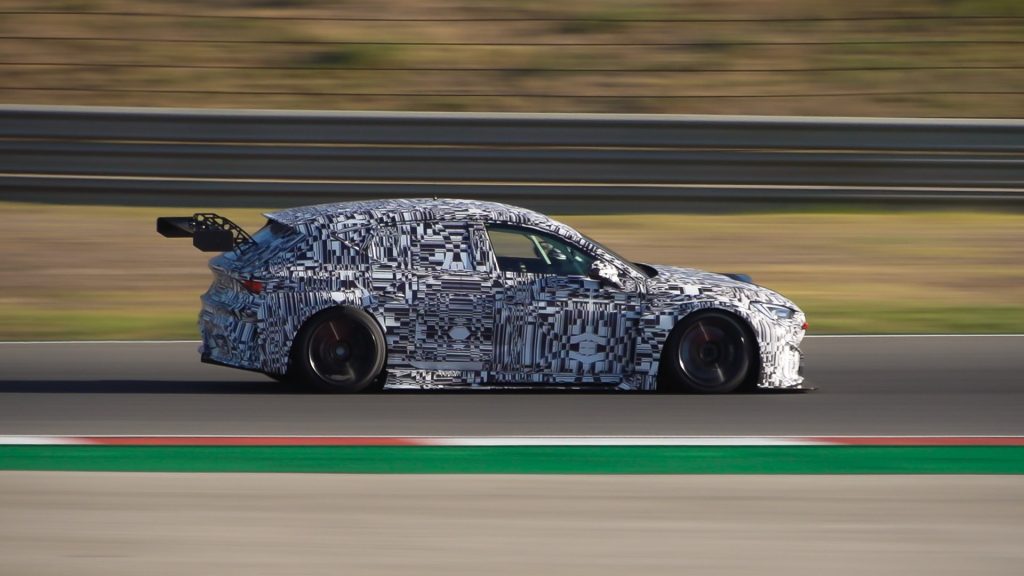 CUPRA, the performance arm of SEAT, is using state-of-the-art 3D printing to fashion parts in a fast and efficient way for its new Leon Competición racing car.

Parts that have been 3D printed include the racer’s door mirror, air intakes and cooling intakes. The process of printing a mirror can take around 20 hours, but as they can print six at a time it gives the team the ability to create different designs simultaneously.

This way they can quickly test the varying prototypes in a wind tunnel to find out which is best for aerodynamics.

When taken to this controlled environment, the printed parts are fitted to the car and face winds of more than 180mph while sensors study the impact on individual surfaces.

The car’s resistance data is displayed on screen and the engineers and designers compare the results for the different printed wing mirrors and grilles.

As the smallest margins can make the difference in motorsport, it is crucial the 3D printed parts play their part in reducing fuel consumption while also increasing stability, speed and safety.

“The main goal is to have a lot of parts in a short time. We can quickly test a wide variety of designs and furthermore, since vehicle development is now done in parallel, this technology enables us to react swiftly to any changes in the design process.

The final development of the 3D printed parts was on a racing circuit, with CUPRA testing the Leon Competición on the Portimao track in Portugal.

So far, CUPRA has been printing parts for its Leon Competición, its 180mph touring car inspired by the new Seat Leon family hatchback, and the e-Racer, an electric touring car which does 0-60mph in 3.2 seconds.

CUPRA has released footage of the printing and test processes of the project, which is in partnership with HP.

“The work with CUPRA demonstrates the power of 3D printing and digital manufacturing – changing the way the world designs and manufactures.

“3D printing is going to signal a turning point in the automotive industry by accelerating lead times and HP 3D technology is helping designers create parts that could not be produced with other technologies.”