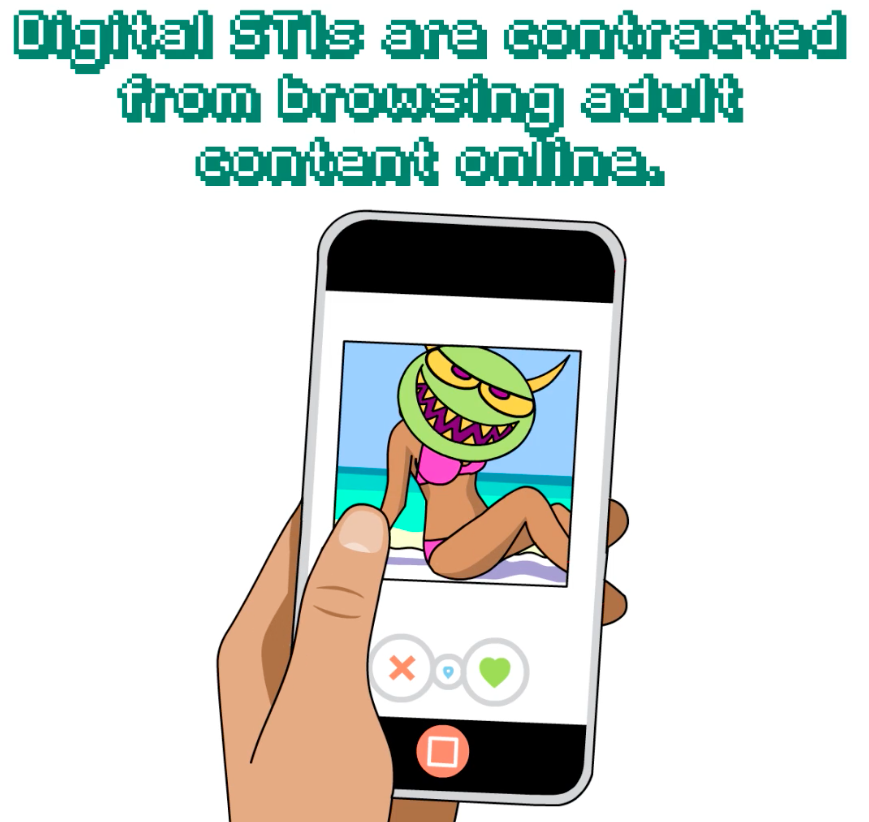 Nearly a third of British adults (30%) have contracted a virus on their laptop, computer or mobile device after looking at adult content online, according to new research released today, which reveals that by not protecting themselves adequately many could be at risk of contracting a ‘Digital STI’.

The new study of 1,000 adults by cybersecurity and anti-virus provider Kaspersky Lab, reveals that the shame of infection has left one in six respondents (17%) blaming other family members or friends as culprits for their devices contracting infections after they themselves had visited adult sites.

On average, participants said they looked at adult content on their computer or other device five times per week, with two fifths (41%) admitting that they look at adult content at least once per day, spending on average 23 minutes browsing adult sites per visit.

This equates to over 4 days of browsing adult content per year – or 104 hours.  Of those surveyed, a fifth (20%) admitted to looking at adult sites while using their work computer, tablet or phone.

More than one in ten (12%) revealed that they do not practise safe surfing, as they have no internet security solution installed on their computers or other devices.  A quarter (25%) mistakenly thought they were safe looking at adult websites on smartphones and tablets, as they believed these devices could not get infected.

You can see Kaspersky’s video illustrating the problem below:

“British adults are being caught with their pants down when it comes to online safe surfing with many not using any form of cyber contraception.

“In 2017 we identified at least 27 variations of PC malware which specifically hunt for credentials to paid adult content websites. Adult sites are attractive to cyber criminals because they have a vast number of users to potentially infect and those users are less likely to report the infection due to the embarrassing nature of how they got it.

“Kaspersky Lab sees around 323,000 malware bugs everyday which are designed to either steal your identity, corrupt computer files or hold you to ransom.”

A fifth of respondents (19%) thought they were safe using their web browser in private mode, while 28% believed their computers were safe from viruses if they cleared their browsing history.

Of those surveyed, 18% admitted to lying about contracting a digital virus because they thought it may have come from browsing an adult website. A fifth (20%) revealed they had been caught red handed looking at adult content by a friend, family member or partner.

The ten digital STIs that can harm your device when you’re looking at adult content:

The latest global figures from Kaspersky Lab reveal that 25.4% (at least 1.2 million users) of mobile users encountered a malware attack at least once in 2017, and 199 million URLs were recognised as malicious. In 2017, there were a billion malicious online attacks.

You can download the full Global Report into Cyberthreats to users of adult content here: https://www.kaspersky.com/blog/porn-themed-threats-report/20891/. The research surveyed 1000 British adults and was carried out by poll agency 3Gem, between the 11th October and 31st October 2017