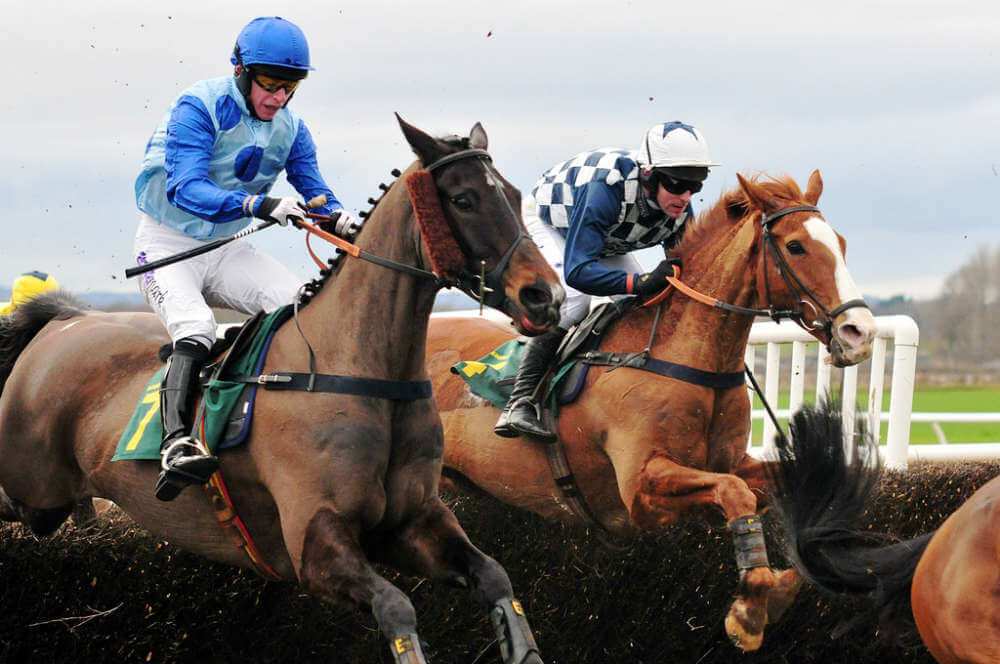 Next month sees one of the world’s best loved horse races take place at Aintree in Liverpool, UK. We pick our top 5 horses to watch out for at the Grand National and maybe even have a bet on!

First run in 1839, the Grand National has become the most watched as well as the most valuable jump race in Europe with a prize fund of around £1 million.

Every year millions of people, many of whom rarely show any interest in horse racing, sit glued to their TV screens, willing the horse they placed a bet on in the office sweepstake or at the bookies to cross the line first.

Last year’s race was won by One For Arthur, ridden by jockey Derek Fox. But who are this year’s favourites for the brutal 4 mile 514 yard event in which horses jump 30 fences over two laps, including the infamous Becher’s Brook, The Chair and the Canal Turn?

It’s actually quite difficult to predict because, unlike some races, The Grand National is actually a handicap race which means horses carry different lead weights according to their previous form. The idea is to make for a more even race – in theory to create a dead heat.

The ‘best’ horse in the race, as judged by British Horseracing Authority’s Head of Handicapping, is given the top weight (about 11stone 10lbs) with weights allotted to the other horses set in relation to this. The horse with the least weight (10 stone) is the one deemed to be the ‘worst’ horse in the race.

While a list of of over 100 Grand National Weights were revealed last month, the final line up for this year’s event will consist of 40 horses and four reserves. However, here are five horses who we definitely think are worth watching out for.

Blaklion
Fourth in the 2017 Grand National where he was beaten by just 8 ¾ lengths, he’s currently the clear 2018 favourite with odds of around 10/1. While he carried 11stone 1lbs last year, this year he has to carry around another 5lbs (11stone 6lbs). “He’s small and very neat over his fences..he doesn’t seem to make a mistake and is agile and nips around horses who have fallen ahead of him,” trainer Nigel Twiston Davies told Racing UK and Liverpool Echo.

Total Recall
Didn’t run in this race last year, but won a big handicap race this season – the Ladbrokes Gold Trophy. Bookmakers have reacted positively to his recent improvement in form, reducing odds from around 20/1 to 14/1. Says Patrick Mullins, assistant trainer: “He is a fantastic jumper, handles big handicaps and should stay. It is just going to be hard to win two handicaps in one season.” Trained by Willie Mullins, the 9 year-old is running off a mark of 11stone 1lbs.

Last Sumuri
He’s run twice in the Grand National before, finishing second in 2016 with just 10stone 8lbs, but could only manage 16th in last year’s race carrying a massive 11stone 10lbs. This year though he’s been given a better change with 11stone 4lbs to carry. He’s also running well, finishing second to Blaklion in December’s Becher Chase and only 11 lengths behind Definitly Red in the Cotswold Chase last time at Cheltenham. The 10 year old currently remains at around 20-1 and is a good each way bet.

Definitly Red
Well fancied to do well in last year’s Grand National with odds of 10/1, the 9 year old pulled up during the race. Undoubtedly he’s a better horse than last year, but with 11stone 10lbs he’ll also have a massive 13lbs more to carry than last year. Not since the might Red Rum has a horse carrying this much weight won the Grand National. His current odds are around 20/1 but if he does well in the Cheltenham Gold Cup odds could tumble.

Minella Rocco
This Jonjo O’Neill-trained 8 year old was runner up in the 2017 Gold Cup but hasn’t had a fantastic 2018 so far, having gone several races without a win. He’s also fallen a few times which isn’t a great sign ahead of the tricky Aintree fences. “He’s been disappointing and he is not as economical as we’d like him to be,” Jonjo O’Neill told Racing UK and Liverpool Echo. “He needs to be a little more consistent really.” That said, he’s a classy horse and the bookmakers aren’t taking any risks. Carrying 11 stone 7lbs, he’s currently around 20/1.