Acer unveiled a whole heap of products at their New York global conference today, and we were there to give them all a try. One of the first things to catch our eye was the new Acer Iconia One 8 tablet with Precision Plus technology. That basically means it responds more accurately to touch – but it also means you can write on it with anything from a stylus to an actual pencil.

Here’s me giving it a try:

The improved accuracy makes the Iconia One 8 ideal for sketching with the included Acer EZ Note app – or for making sure your Snapchat embellishments are on point.

The 8-inch tablet runs Android Lollipop and offers 1GB of RAM with a quad-core Intel Atom processor and either 16GB or 32GB of storage. The screen includes Acer’s Zero Air Gap technology, meaning viewing angles are particularly wide and the image appears very close to the glass. The One 8 also offers up to 8.5 hours of battery time, a 5MP main camera and 0.3MP front-facing, with a wide-angle option on the main camera for squeezing more into your shots. The One 8 comes in a choice of 10 appealing colours, from pastels to brights: 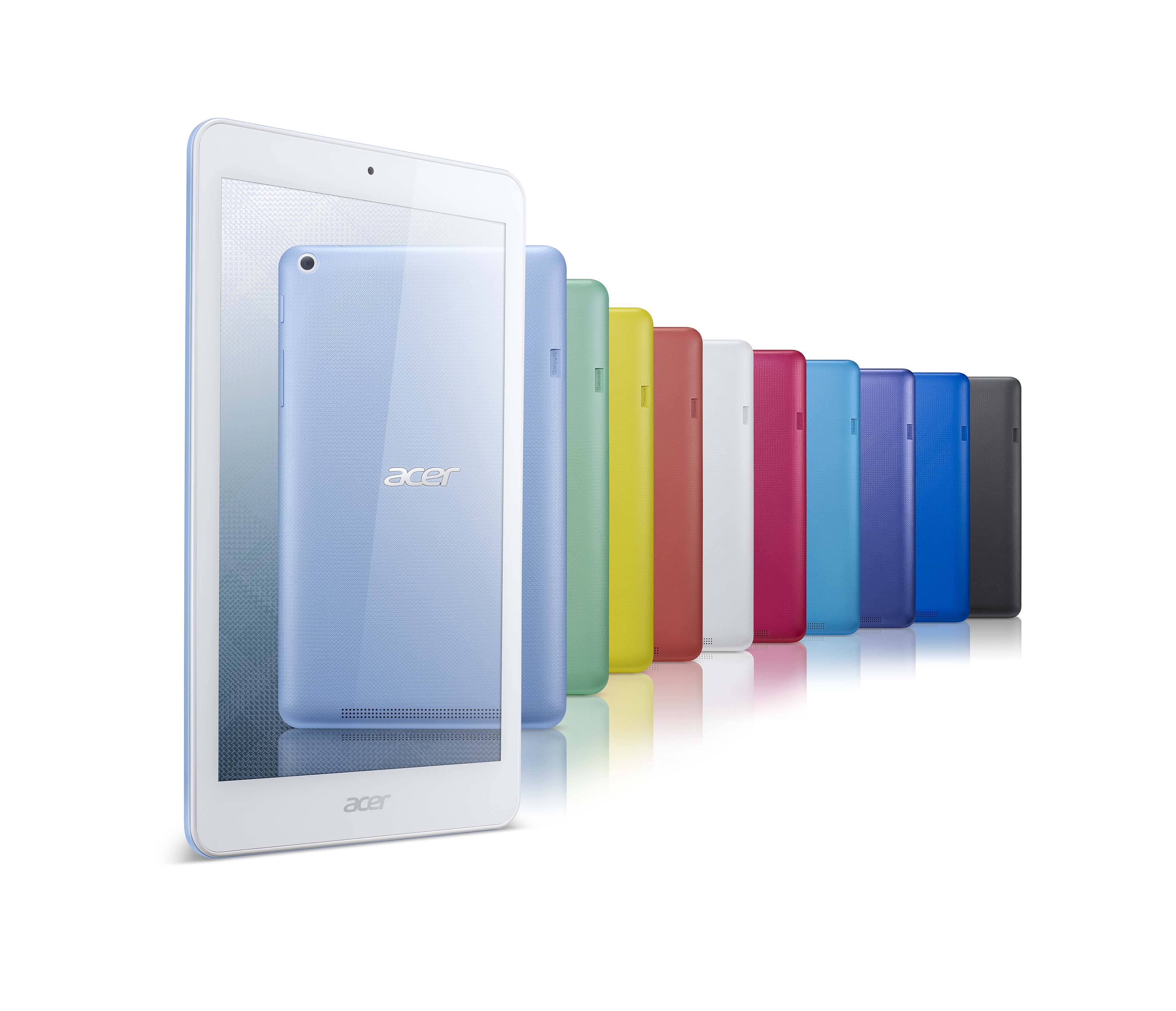 The cover has a pattern Acer describes as tartan, which is basically a crisscrossed etching that makes the tablet nice and grippy to hold. It’s light at 355g and just under a centimetre thick. 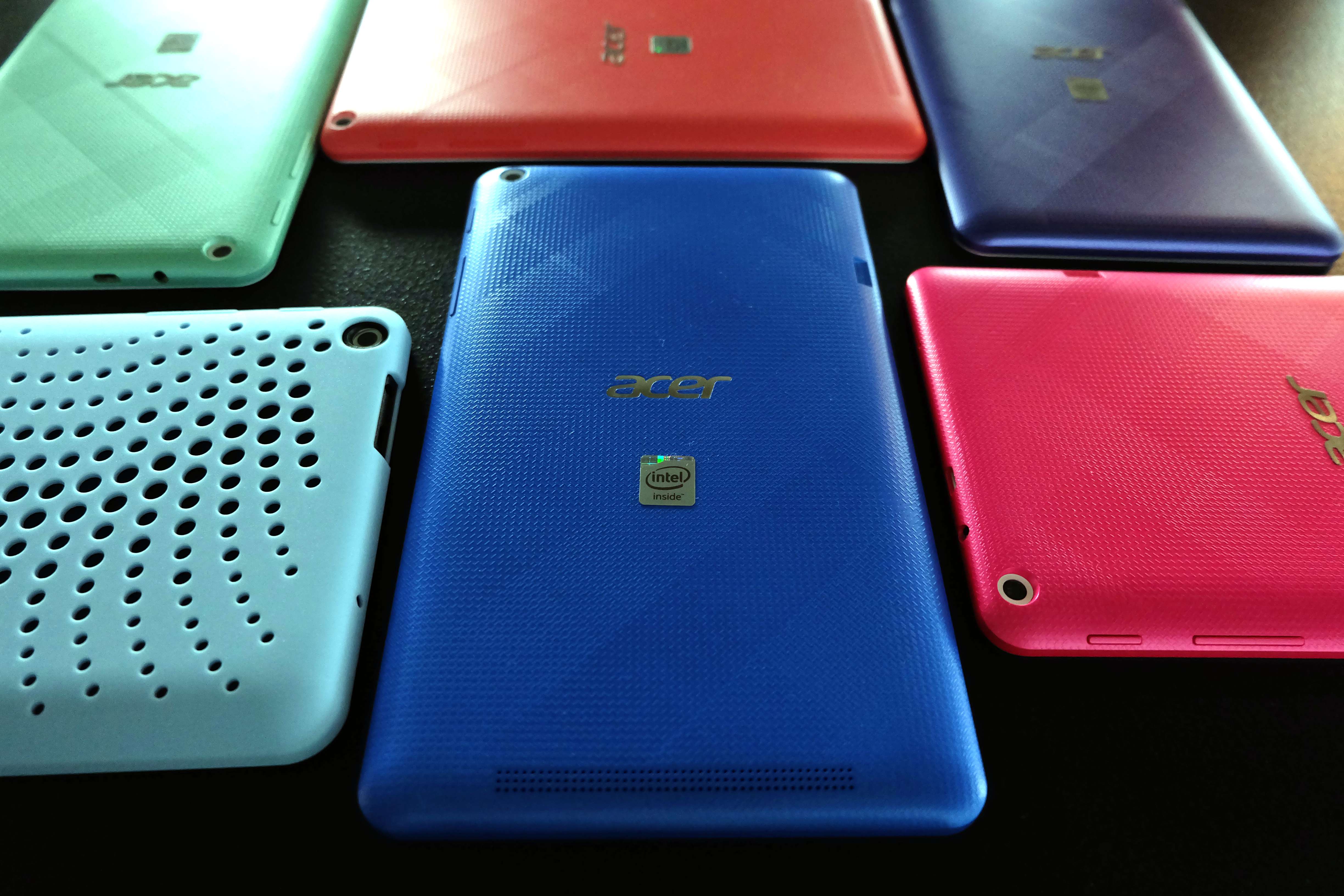 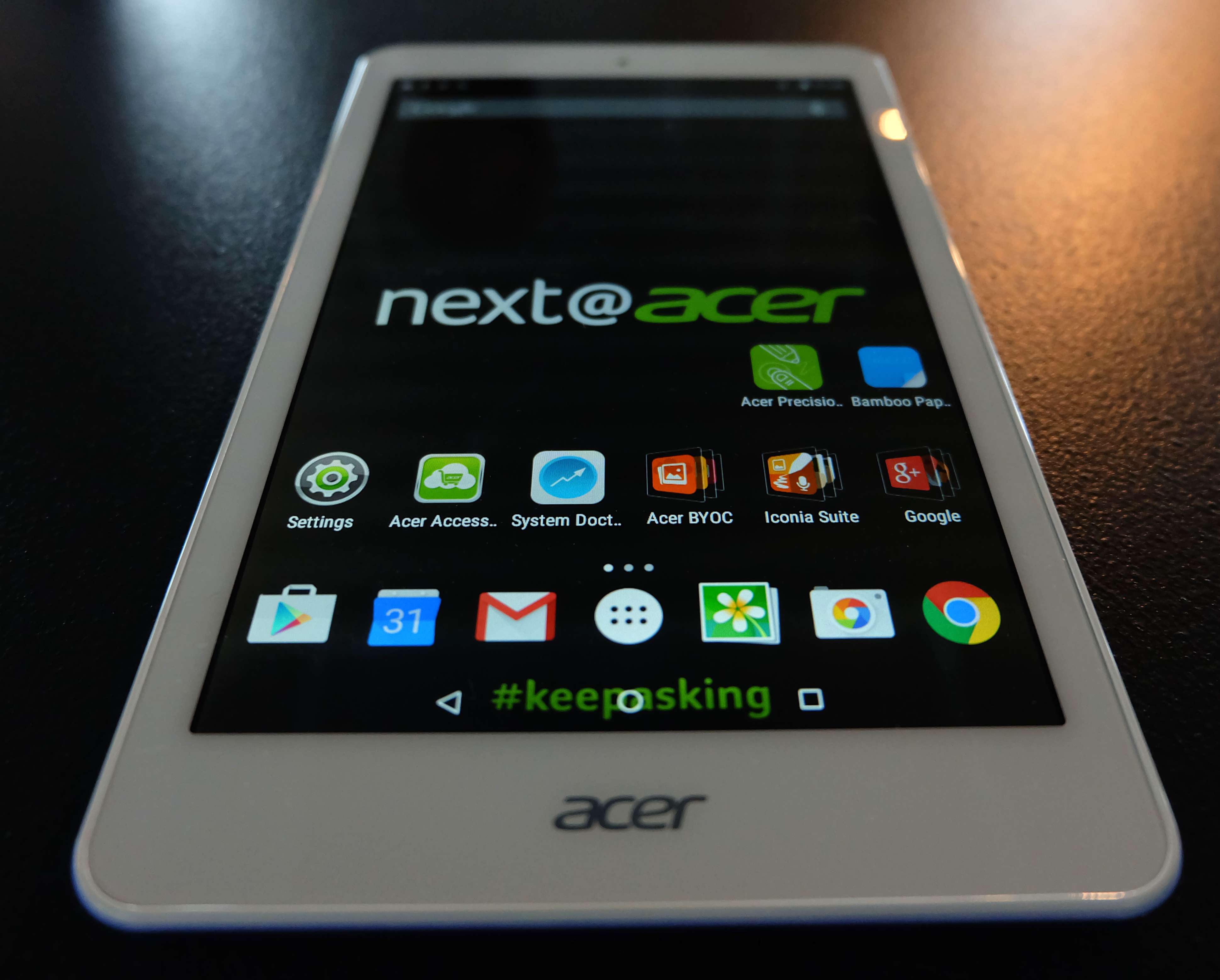 We’re not sure we’d recommend drawing on it with a pencil all the time (no one wants graphite fingers) but as gimmicks go, it’s a pretty impressive one that your iPad pals won’t be able to replicate.