The phone is designed for business travellers but we can see it appealing to the mainstream too, especially with its fun smart cover. The cover doesn’t have a name yet, but similarly to HTC’s Dot View case, it comes with a whole host of features. The active area on the front can be used for anything from games to mini apps – Acer described them in their keynote as “Fun little things that fill your micromoments, like when you’re waiting for the bus.” 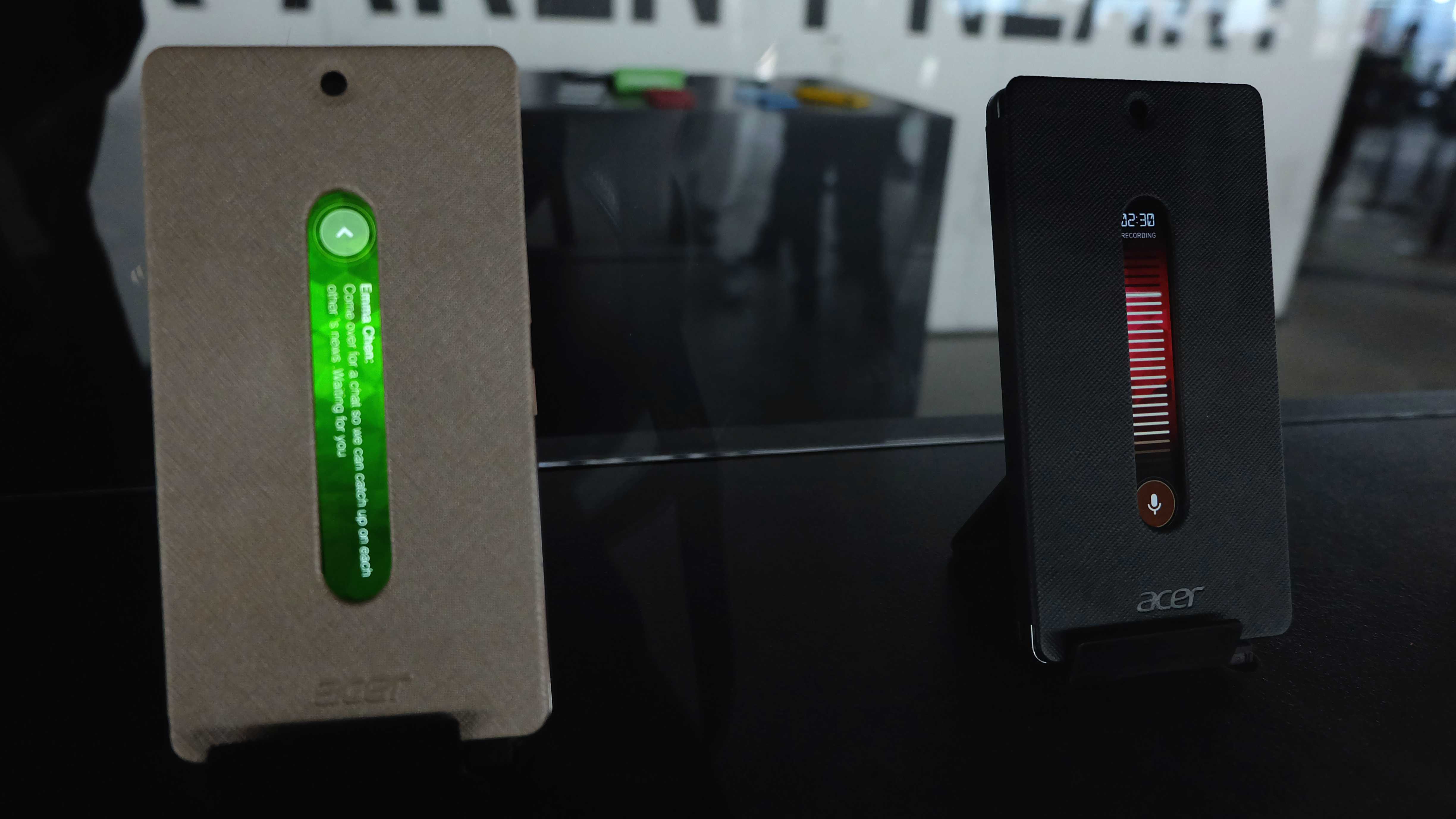 They didn’t give many more details on the phone other than to say it’ll have a 64-bit octa-core processor (like every other flagship this year) and a 13-megapixel camera. Oh, and it can take 3 SIM cards. Yep, 3. That’s where the travelling bit comes in.

Sadly, all the Liquid X2 smartphones at the launch event were in a glass cabinet, so we couldn’t get a hands-on. No price information yet, either. We’ll keep you updated when we know more – for a so-called business phone, this one’s definitely got our attention.