It’s not enough to build an amazing phone these days. Specs, design and marketing will only get you so far – you need a gimmick. A show-off-in-the-pub factor. And for the HTC One M9 (reviewed here), as with the M8, it’s the Dot View case. 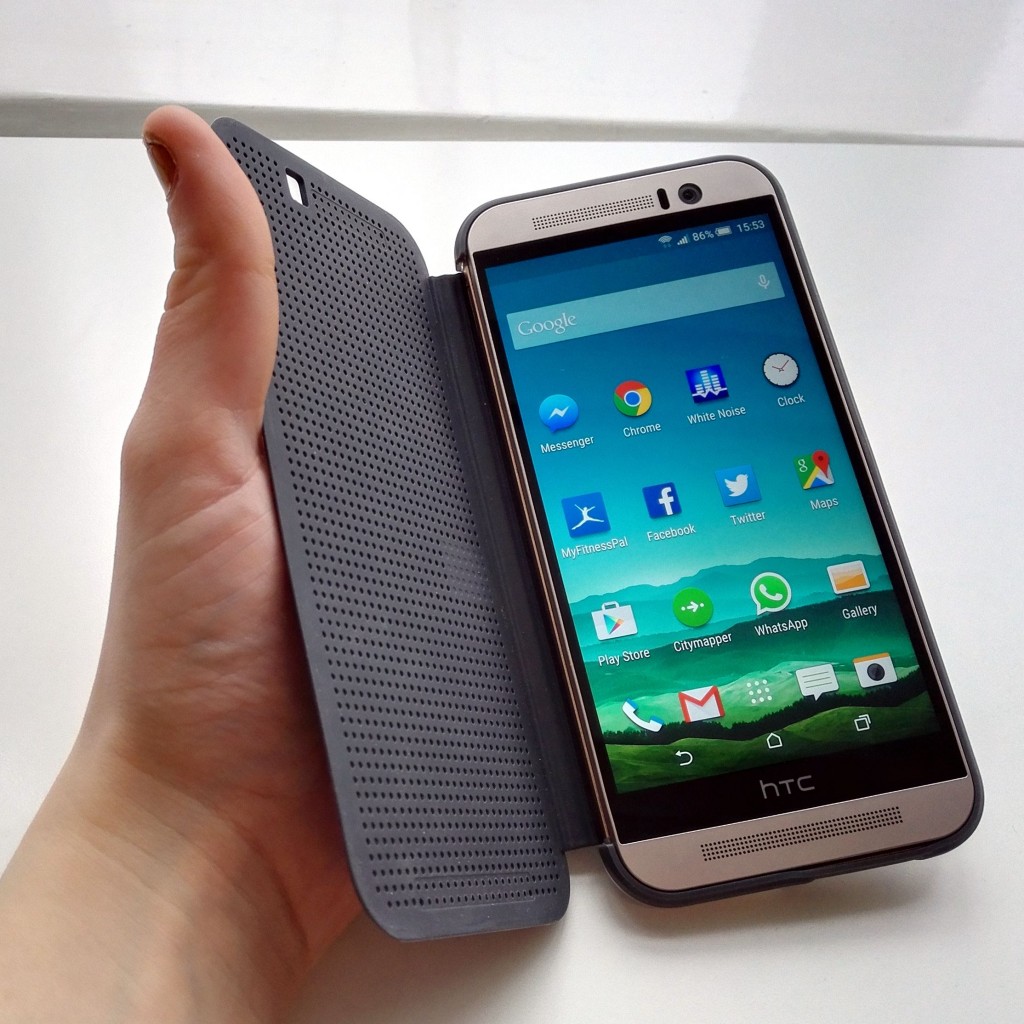 The rubberised case fits the phone perfectly, as you’d expect given that it’s official, and turns the closed cover into a dot-matrix touchscreen display. It’s the 80s meets the modern world in the perfect way. 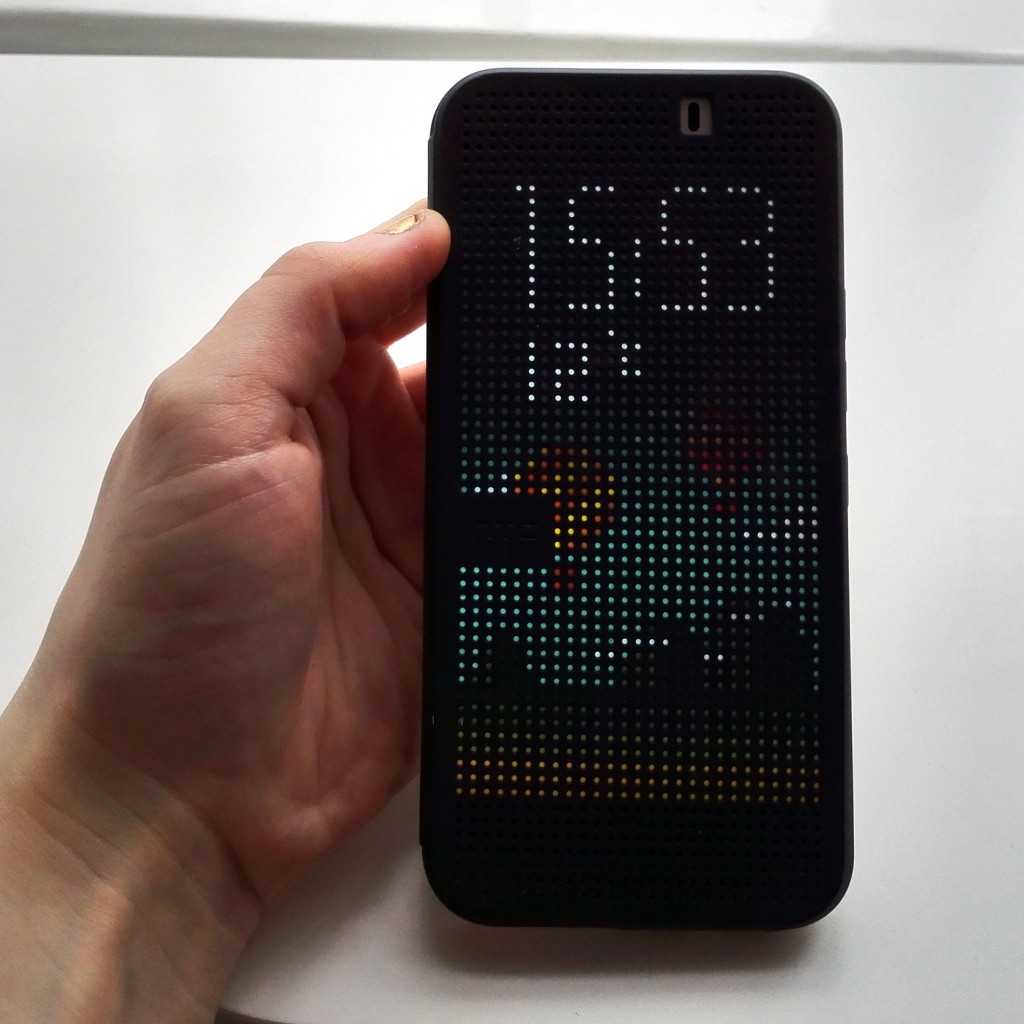 The Dot View case was one of our favourite features of the HTC One M8, and we’re happy to see it’s been upgraded along with the M9. The opaque back has been swapped for clear plastic, which is a huge improvement given that the smooth aluminium body of the M9 is one of its best features and not something you’d want to hide. There are new functions, too: as well as 8-bit pictures, music controls and calling features, you can now display animations, create your own pictures and display text on the cover. You can even play games directly on the Dot View case.

There are animated themes in addition to the existing static ones:

And special ones for holidays, like Valentine’s Day, that can activate automatically at the right time of year:

You can choose a message to display on the case, which would be handy for communicating in clubs:

And there’s a Breakout clone called Dot Breaker that you control by tilting the phone:

The case shows what you’re listening to, although the controls are a bit unintuitive: if you tap on the skip buttons, it’ll tell you to swipe instead. Swiping backwards goes to the next track, and swiping forward rewinds – baffling! But you soon get used to it. 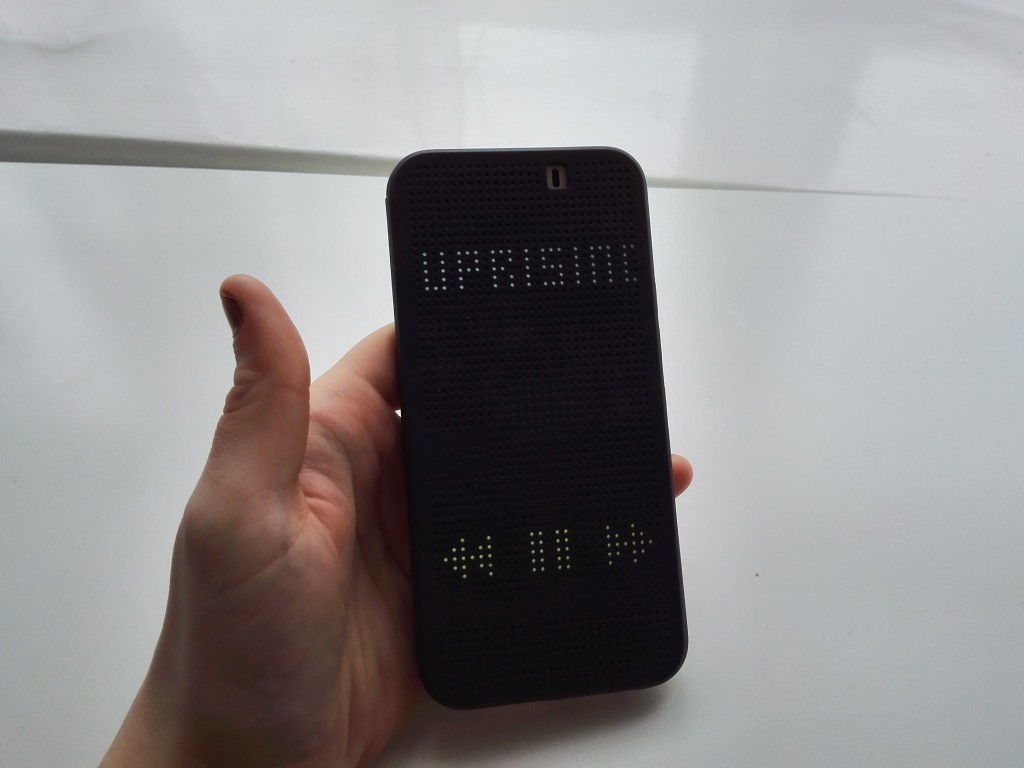 You can also create your own picture to display on the cover, either by drawing freehand or tracing over another image (HTC include loads of templates).

The one downside of the case is that the rubber finish gets fingerprinty and mucky fairly easily, and sometimes dust gets trapped in the holes. A quick wipe over with a baby wipe sorts that out, though.

Overall, we think the HTC Dot View case is hands-down the most innovative, interesting phone case for any handset on the market, and the new version is even better than the first. No one buys a phone for the case, but in our opinion, the Dot View case is a very big tick in the HTC One M9‘s column.

If you’d like a Dot View case of your own, Carphone Warehouse are currently offering them free with the One M9.