BlackBerry is releasing a new phone, the BlackBerry Leap, in the UK this month. It costs £199 and is clearly aimed at young people – the type who want to be magnates. Not so much the ones who used BlackBerry Messenger to organise the London riots.

The Leap website is written in a backslapping, overly familiar we-understand-you tone that makes me (hopefully still young enough to be the target market for this phone) cringe. 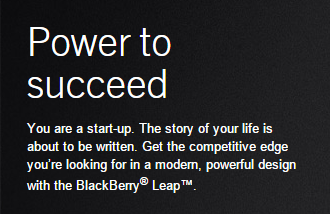 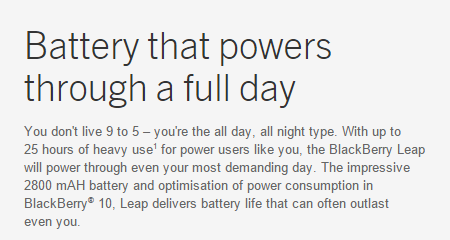 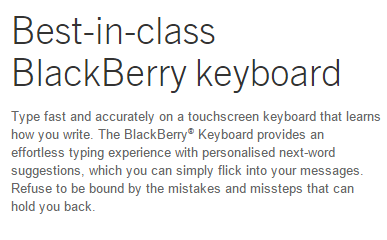 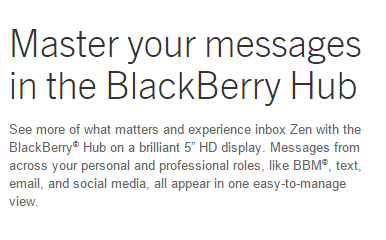 Has anyone, anywhere, of any age, ever used the phrase “inbox Zen”? 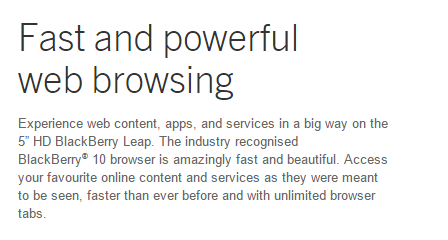 The browser is “industry-recognised” in the sense that the industry grudgingly recognises it exists.

“We can’t put an #AfterSexSelfie in there. What can we use for the don’t-get-your-nudes-stolen section?”
“Just a couple. Clothed. People can just assume they had sex.”
“OK, and what killer accessory can we design for this phone? What cool thing do young people really want?” 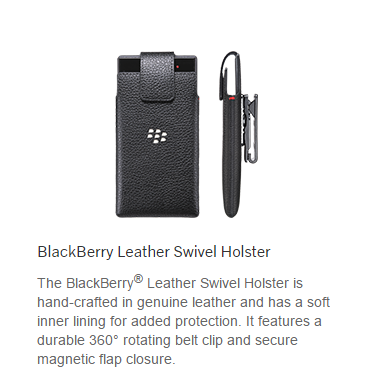 Full disclosure: it’s possible I’m slightly bitter about BlackBerry’s copywriting, since I once wrote their BlackBerry 10 microsite and they replaced all my words with buzzwords.

The BlackBerry Leap is available to preorder now, shipping at the end of the month. It’s £199 and has a 5-inch HD display, 8MP main camera, 16GB of storage and a really kickass leather holster.