Facebook’s Internet.org project aims “to get 4.5 billion unconnected people on the internet” – to put the ‘world-wide’ back into the web, in other words. As part of that, Facebook’s been working on a giant drone that sends internet signal from the sky to the ground. And as Mark Zuckerberg has now announced on (where else) his Facebook page, the unmanned aircraft have successfully completed a test flight – right above the UK. 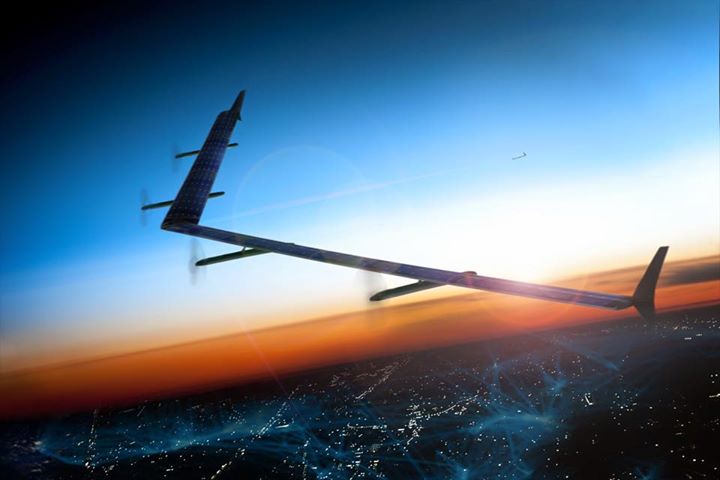 The slightly-creepy V-shaped drone is wider than a Boeing 737 (the best-selling jet airliner in history) and apparently weighs less than a car, although whether that’s a rusty Fiat Panda or a tricked-out Range Rover is unclear. The drone carries solar panels on its wings, helping it stay at 60,000 feet for months – yes, months – at a time.

Facebook says the aircraft will help them deliver internet to the 10% of the world’s population living in remote locations (Zone 5 doesn’t count, apparently), though we’d be interested to know if it has listening capabilities too. Facebook are big fans of big data, so we wouldn’t be surprised if they wanted to do a little intelligence-gathering at the same time, à la Google’s ‘inadvertent‘ harvesting of data from unsecured WiFi networks with their Street View cars in 2010.

If you’d like to know more about the Facebook drone project, they’ll be discussing it in a keynote at 5.30pm UK time, broadcast online (you don’t need Safari for this one, thankfully).