Stressed, guilty and late for everything? A capsule wardrobe could be just the tonic…

How long did it take you to get dressed this morning? Five minutes? 10? Half an hour of frantic rummaging, changing and screaming that ended with you sweaty, rumpled and back in the first outfit you started with? If you’re the latter, then you might need Project 333. I think I might.

Project 333 was born in 2010, when blogger Courtney Carver set a challenge for herself on her site, Be More With Less, to strip back her wardrobe to only 33 items for three months. She boxed up the rest, put it in storage, and embraced a simpler and less cluttered way of sartorial life. Fans quickly followed suit, and the project has gathered pace over the last few years to become a global exercise in minimalism, with thousands of devotees and followers living by Courtney’s rules full-time.

At first glance, 33 items sounds like LOADS of clothes. ‘I’ve been on two-week holidays with little more than a pair of cut-offs and a really big hat!’ you might scoff. But then you discover that 33 has to cover shoes, accessories, jewellery, coats – everything except underwear, nightwear and exercise clothes (which you’re only allowed to wear for their intended purpose, not to Tesco). And you realise that for the average privileged modern wardrobe, stripping back to 33 items is quite a feat; particularly across three months, which could cover easily cover holidays, weddings, a snowstorm, a heatwave and every other weird quirk the British weather might throw up in between.

But it’s doable, and not just by people who don’t really care about clothes. Fashion bloggers have done it. Drew Barrymore’s done it. And my always-stylish friend Angela, author of Confessions of a Fashionista, has done it – which gives me hope that I could do it too.

‘I’ve always loved clothes and having spent ten years working in the fashion industry I’ve amassed a fair collection,’ Angela says. ‘I always prided myself on being able to produce a handful of options if someone wanted to borrow something to brief. ‘Need a blue bridesmaid dress? Here I have eight different options!’ But in truth my clothing collection was weighing me down. My home was permanently covered in piles of clothes. I was always late and at least part of every day seemed to involve running round the house in a bath towel desperately searching for a particular item. One day I just thought: I don’t want to live like this anymore.’

So she started Project 333, and found it immediately made a difference. ‘Suddenly I felt free to let go of things I’d been keeping for spurious reasons: sentimentality, or the mistaken belief I’d fit into them once more. By the end of the day I had seven dustbin bags for the charity shop and had stored everything else away. My wardrobe is now neat, tidy and easy to use. My house has remained uncluttered and Zen, and there are no more last minute wardrobe panics. I’m not sure I’ll ever go back.’

‘When you can get dressed in the morning without stress and struggle, you’ll start to enjoy the benefits of owning less,’ says Courtney. Among the benefits that people reap from Project 333 are simpler, less stressful mornings, clearer ideas on what suits them and their body, more physical space in their home, more metaphorical space in their minds, more extra cash (you’re throwing less at the high street), extra time (ditto) and feeling calmer, more focused and more productive overall. 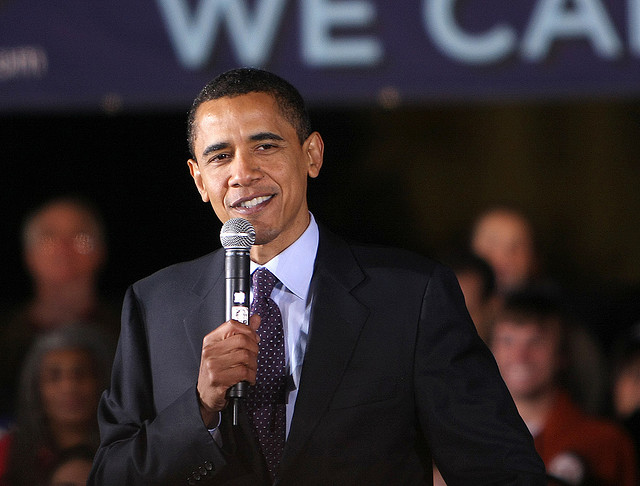 They’re not the only ones to find that pared-down dressing leads to more effective living, either – it’s an established hallmark of the uber-powerful. Anna Wintour is rarely seen out of her uniform of print dresses, sandals and sunglasses. Steve Jobs only ever wore jeans, New Balance trainers and a black turtleneck (a look that would have put him bang on trend this year, incidentally). Barack Obama famously only wears blue or grey suits because it leaves brain space for the more important things he has to tackle each day. ‘I don’t want to make decisions about what I’m eating or wearing, he told Vanity Fair, ‘Because I have too many other decisions to make.’

Of course, a man wearing near-identical suits every day is barely enough to raise an eyebrow, as proven last year by Australian TV presenter Karl Stefanovic. He wore the same navy blue number on Today every single day for 12 months, ‘to make a point’ about double standards for women in the public eye – and nobody even noticed.

But when women have tried the same themselves, it’s made a much bigger splash. The Uniform Project was created in 2009, when artist and filmmaker Sheena Matheiken challenged herself to wear the same black dress every day for a year, using accessories to make it look like a whole different outfit each time.

So radical was the idea that now Uniform Project has grown into a worldwide fundraising exercise, and a poster campaign for minimalism and eco-dressing (not to mention the power of a funky patterned scarf).

And what if you’re not an artist, just a normal person trying to navigate the endlessly shifting dress codes of being a modern, urban, non-rich 20-something? What about the embarrassment of being seen time and again in the same thing? Would we be regarded as cool artists or business power players… or just chased out of Soho with sticks?

‘People will not notice that you are dressing with the same 33 items for 3 months,’ promises Courtney, ‘Although they may notice there is something different about how you present yourself.  You will likely get more compliments. That has been my experience.’ She’s probably right.

Perhaps this is just me, but I often notice that people tend to comment on a dress or coat on the second or third time they’ve seen me wear it, rather than the first. This could be some kind of psychological trickery, similar to the way we tend to find people more attractive as we become more familiar with their faces – or it could just be that people have more important things to pay attention to than the results of my latest 2am ASOS spree.

In the years before my boyfriend and I lived together, I would frequently lug around a tote bag with a spare outfit for the next day if I knew I would be staying at his house. A different dress, accessories, shoes even, just so that nobody at work would a) notice I was wearing the same thing as yesterday, and b) …what? Shame me? Point out I was wearing the same clothes, so I could respond ‘Yes, I stayed at my boyfriend’s house’ and then we could both get on with our lives?

I always knew it was nonsensical, but I never stopped doing it. Meanwhile he’d climb out of bed in the morning, turn his pants inside out, put on the same suit he’d been wearing for four days and head off without so much as a backwards glance at outfit politics.

Now my tote-toting days are behind me, and I’ll often wear the same outfit a couple of days running – but still only on certain conditions. Getting dressed for a social occasion, I mentally run through the group I’m going to be seeing, try to remember what I was wearing the last time I saw them, and attempt to find an outfit that avoids doubling up for anyone. If I can’t manage this, I’ll go with the outfit seen least recently, or by the person whose opinion I’m least bothered about.

Or failing that, I’ll walk into the pub and shout ‘SORRY I WAS WEARING THIS LAST TIME I DO HAVE OTHER CLOTHES I PROMISE,’ while everyone blinks, confused, then goes back to their conversation.

I’m fully aware this sounds mad. With all the brain power I’d save not fretting over the weird imaginary rules of dressing, I could have written a novel. Or at least finished reading one. And so, I’ve decided, Project 333 could be my salvation.

It doesn’t have to mean an end to shopping altogether, either. ‘I’m swapping in a few on trend items and I’m investing in a new jacket,’ says Angela, who is now preparing for her second three month-stint of capsule clarity. ‘When you wear all the items in your wardrobe, it’s easier to justify a designer piece.’