We found you the best films to watch on Netflix UK last week, but now we’re giving you the best of what the streaming website is really good for – TV shows. While, obviously, Netflix is best known for the amazing series that was Breaking Bad, these are the others that get lost among all the movies.

No more trawling through the website! Here are 12 of the best TV shows that you should go and watch on Netflix UK right now. 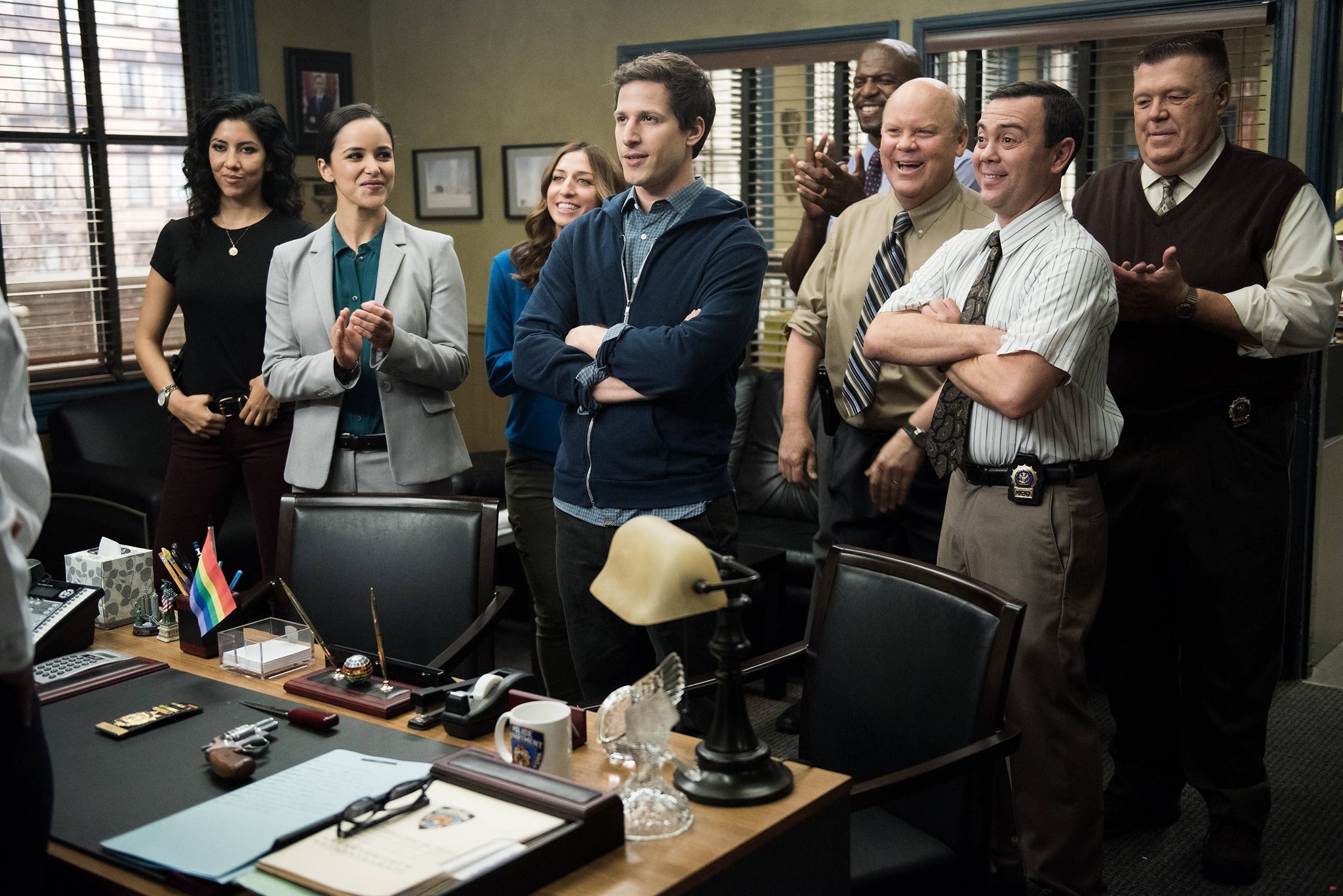 While series two of Brooklyn Nine-Nine is currently being shown on E4 in the UK, the whole of series one is available to watch on Netflix UK at the moment. Starring Andy Samberg, the hilarious single-camera comedy follows a precinct team of detectives and a newly appointed captain. As an ensemble comedy, it’s always one of those series that is so hard to choose your favourite character, but we might have to go for the captain. His expressionless face, even when ecstatic, will never fail to make you laugh. 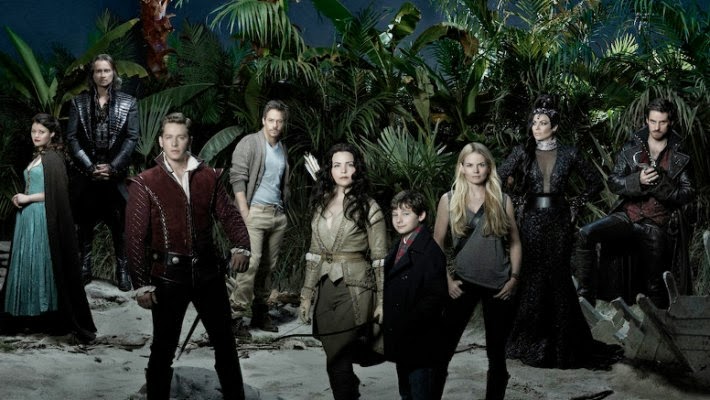 Once Upon A Time never really took off in the UK, so Channel Five eventually stopped showing it after two series. For this reason, we’re very happy that Netflix UK has brought us series one through four. If you like fairy tales, you’ll love this, as it completely turns them all on their head, bringing the characters, including Snow White, the Wicked Witch and Rumpelstiltskin into modern times. More and more characters get added every series, and series four has even seen Frozen’s Elsa, Kristoff and Anna given a live action makeover.

You can watch Once Upon A Time here.

Narrated by the omniscient blogger “Gossip Girl”, the series revolves around the lives of privileged young adults on Manhattan’s Upper East Side in New York City. Everyone involved is beautiful, and stylish, and you’ll very quickly forget that these characters are all supposed to be 16 years old. Netflix UK has all six series available for you to watch, so prepare to binge.

You can watch Gossip Girl here. 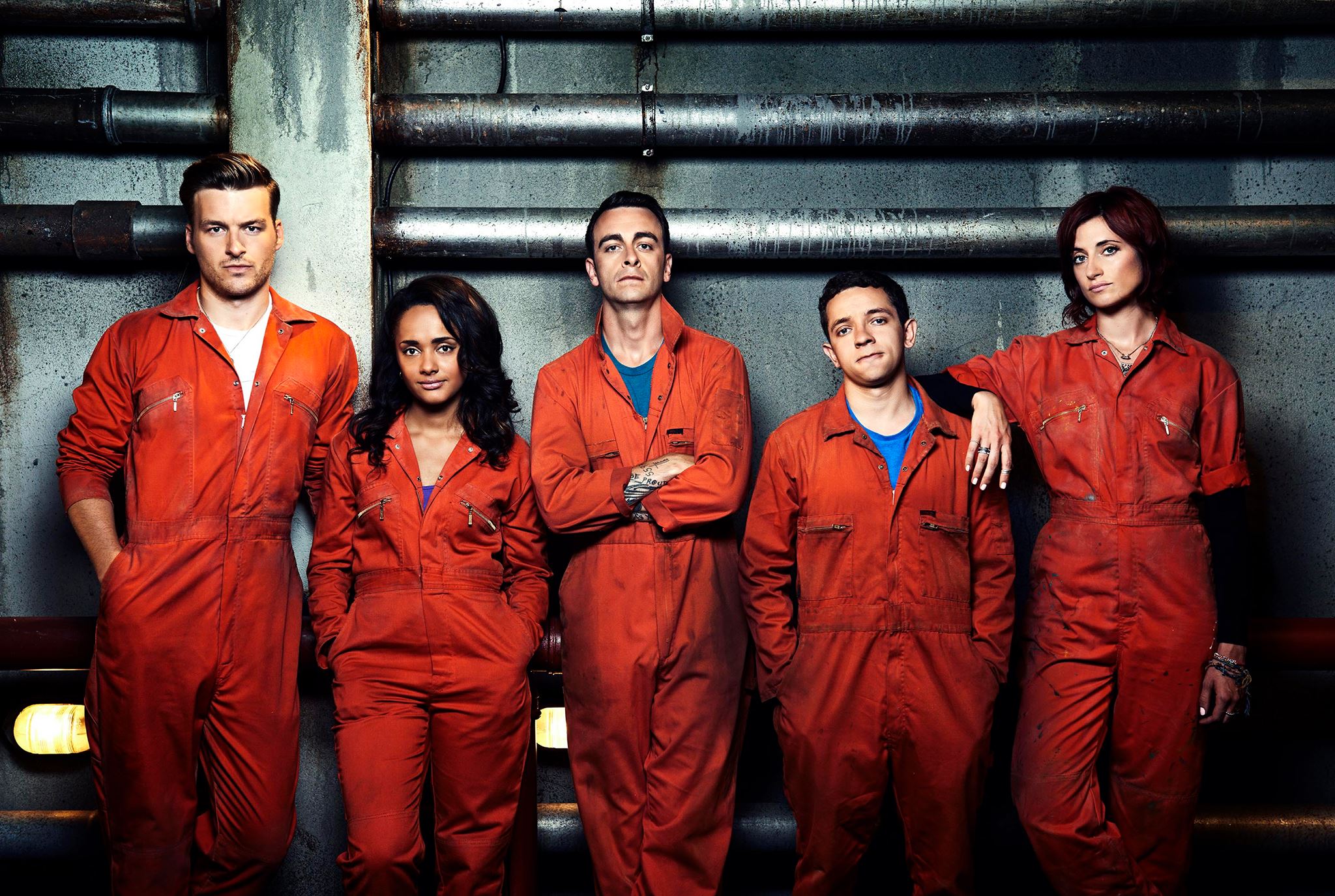 Misfits may have ended on E4, but Netflix UK has all five series to keep you entertained forevermore. The series focuses on a group of young offenders who are sentenced to work in a community service program, where they obtain supernatural powers after a strange electrical storm. It gets pretty gruesome and dark at points, but is always lightened up by hilarious one-liners from Robert Sheehan or Joseph Gilgun, depending on which series you’re watching.

You can watch Misfits here.

Arrested Development originally aired on Fox for three seasons from 2003 to 2006, and a fourth, arguably much funnier, season of 15 episodes was released on Netflix in 2013. The show follows the Bluth family, a formerly wealthy and habitually dysfunctional family and is presented in a continuous format, incorporating handheld camera work, narration, archival photos, and historical footage. It’s funny to dip in and out of, but it’s much funnier to watch from beginning to end, as you start to notice all the recurring ‘in jokes’, such as ‘I blue myself’ and ‘Her?’.

You can watch Arrested Development here. 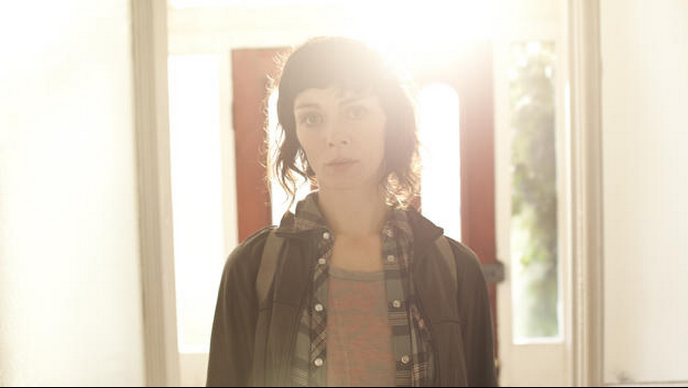 If you watched series one and two of Utopia on Channel Four, you’d have been as devastated as us when it was announced that there wasn’t going to be a series three, especially as there were SO many questions left unanswered. If you want to relive it again just to annoy yourself that you’ll never find out what happens, or if you’ve never seen the series before and want to be confused as hell, Netflix UK has both series available to watch. We couldn’t tell you what it’s about without spoiling anything. Sorry.

You can watch Utopia here.

7) Orange is the New Black

If you’ve had Netflix for a while, you’ve most likely watched Orange is the New Black and told everyone else how amazing it is. The dark comedy about a women’s prison is just so excellent, and, as an ensemble comedy, it’s near impossible to choose a favourite character (seriously, I just wrote Crazy Eyes down, and then changed my mind because I thought of three other characters I love as much as her). If you haven’t watched this, you must. You’ll have all the feels, and will end up binge watching it until you realise series three hasn’t been released yet.

You can watch Orange is the New Black here. 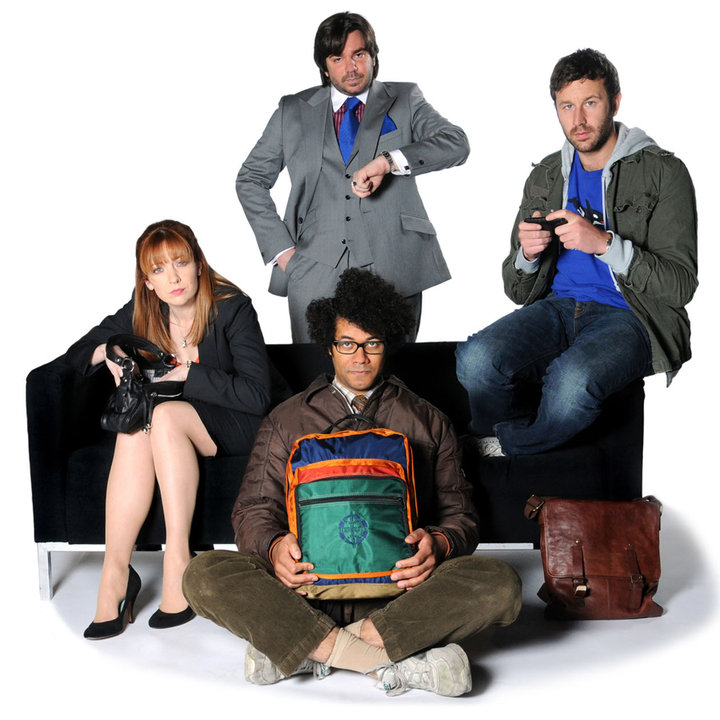 The show that made Chris O’Dowd, Richard Ayoade and Matt Berry famous (sorry Katherine Parkinson), The IT Crowd focuses on uber-geek Moss, work-shy Roy and Jen, the department head/relationship manager, who knows so little about IT that she thinks the entire internet comes out of a black box in the office. Netflix UK has the entire four series and one-off finale available to watch, so you can reminisce or watch it for the first time. If you’re only going to watch one episode, watch the Countdown episode, series four, episode two. It’s amazing.

You can watch The IT Crowd here. 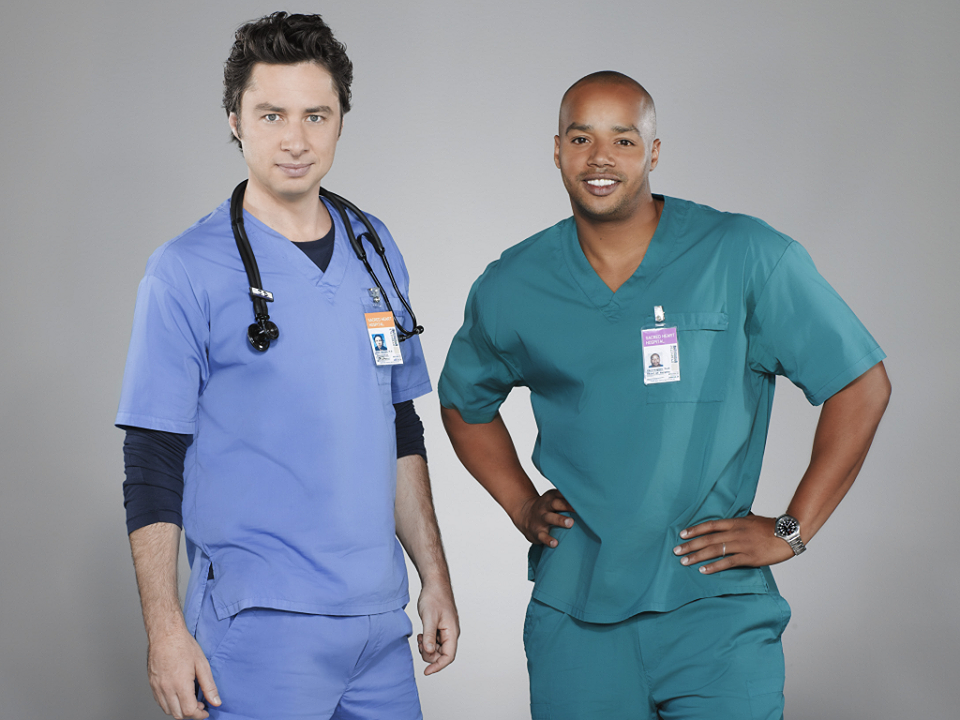 Scrubs is based around the employees at Sacred Heart Hospital, focusing on JD, who narrates the episodes, while acting out his hilarious daydreams. While there were actually nine series in total, Netflix only has the first six, which, to be honest, is probably better for everyone, as it did end up going on a bit towards the end.

You can watch Scrubs here. 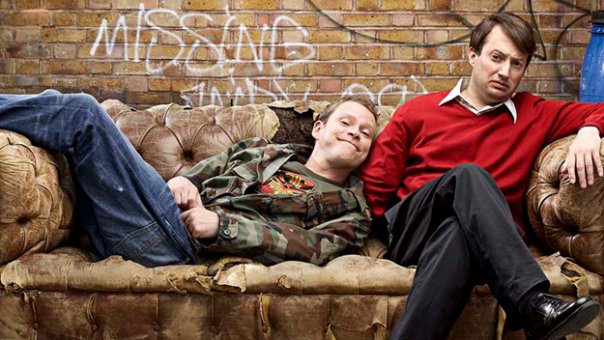 Another Channel Four show (let’s face it, they know what they’re doing when it comes to comedy), Peep Show focuses on flatmates Mark and Jeremy who couldn’t be more different. The show uses point-of-view shots with voiceovers from the two main characters to show their thoughts, which is always the funniest part of the show. Netflix has all eight series available to watch, so feel free to start right from the beginning and binge.

You can watch Peep Show here. 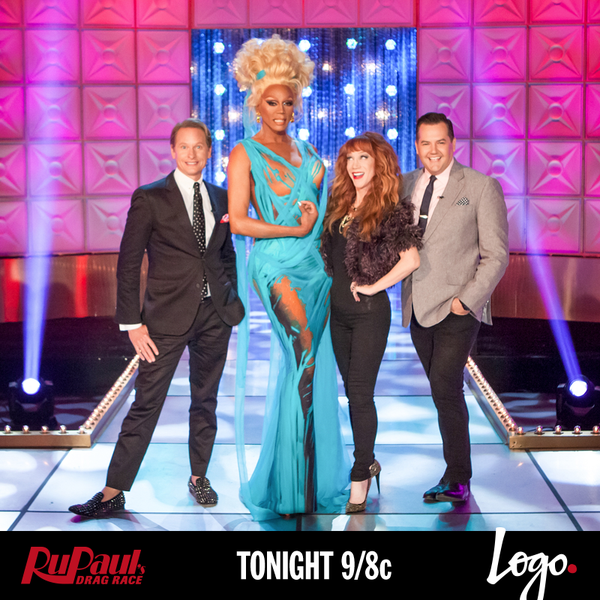 If you want camp, RuPaul will give you all of the camp. Think America’s Next Top Model but with drag queens. The best bit? The bottom two drag queens have to ‘lip sync fo’ their life’, and, yes, this does mean pretending to sing and perform the campest songs ever. It’s SO bitchy, and there are currently six series available to watch on Netflix UK.

Starring our very own Tamsin Greig and Stephen Mangan as a husband-and-wife writing team, who get asked to take their successful British comedy to Hollywood, Episodes is a brilliant British comedy with an American twist. The twist comes in the shape of Matt LeBlanc, who plays an exaggerated version of himself to a tee. Netflix UK has both series available to watch.

You can watch Episodes here.