For £6.99 a month, film and TV streaming service, Netflix UK has so much on offer, that sometimes you end up spending half your night actually searching through the vast catalogue rather than actually watching anything.

To free you up some time for you to finally sit down and watch an entire movie, we’ve found you 12 of the best films to watch on Netflix UK right now, from rom-coms to dramas. 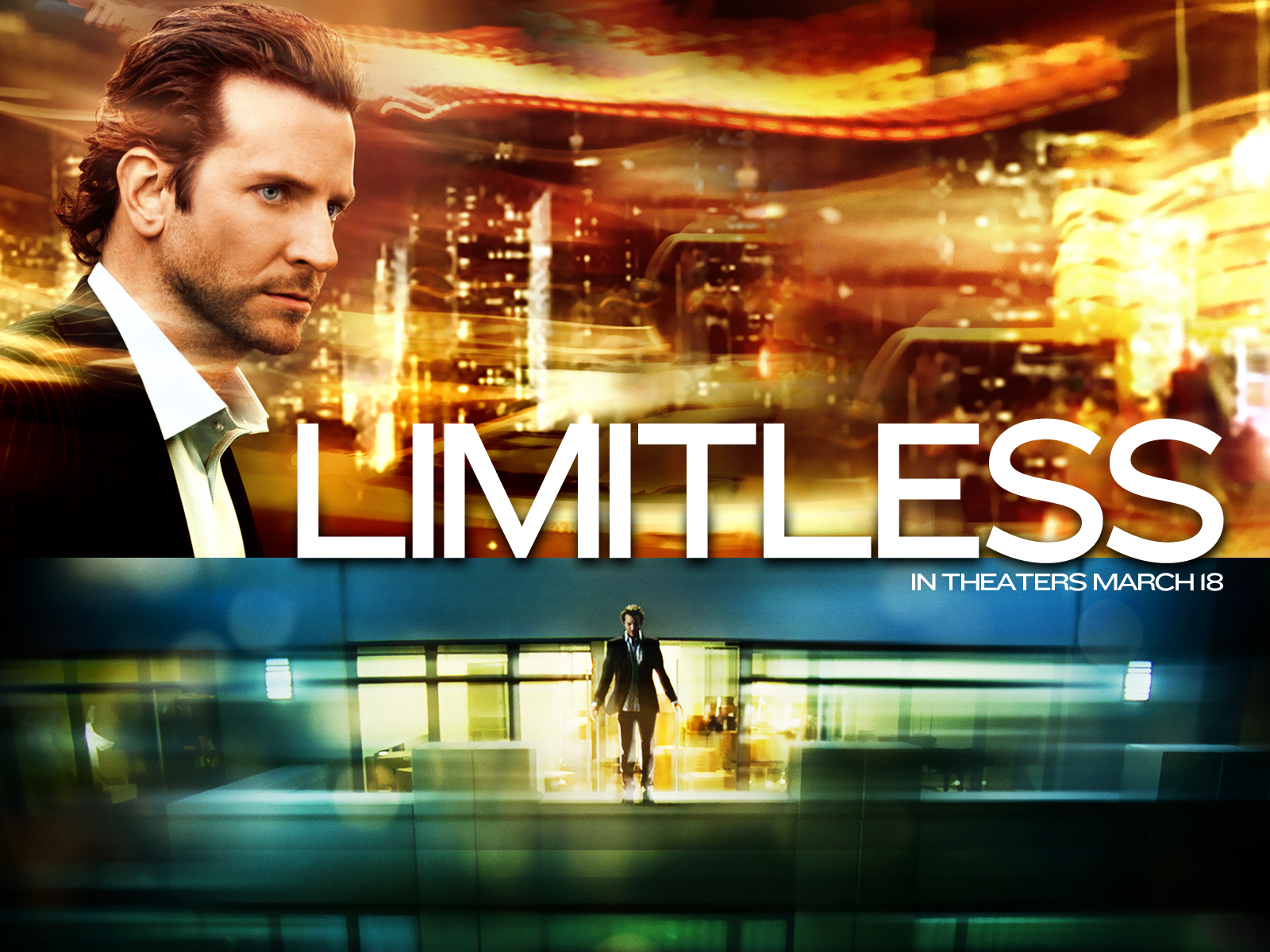 Limitless – the film that arguably MADE Bradley Cooper, and made us wish that a pill that made us incredible at absolutely everything was real. It tells the story of Eddie Morra, a struggling writer who’s just lost his girlfriend. Things start looking up as he’s introduced to a drug that produces enhanced mental acuity, meaning he rises to the top of his financial game. Obviously, the drug has negative side effects too. There’d be no film otherwise… 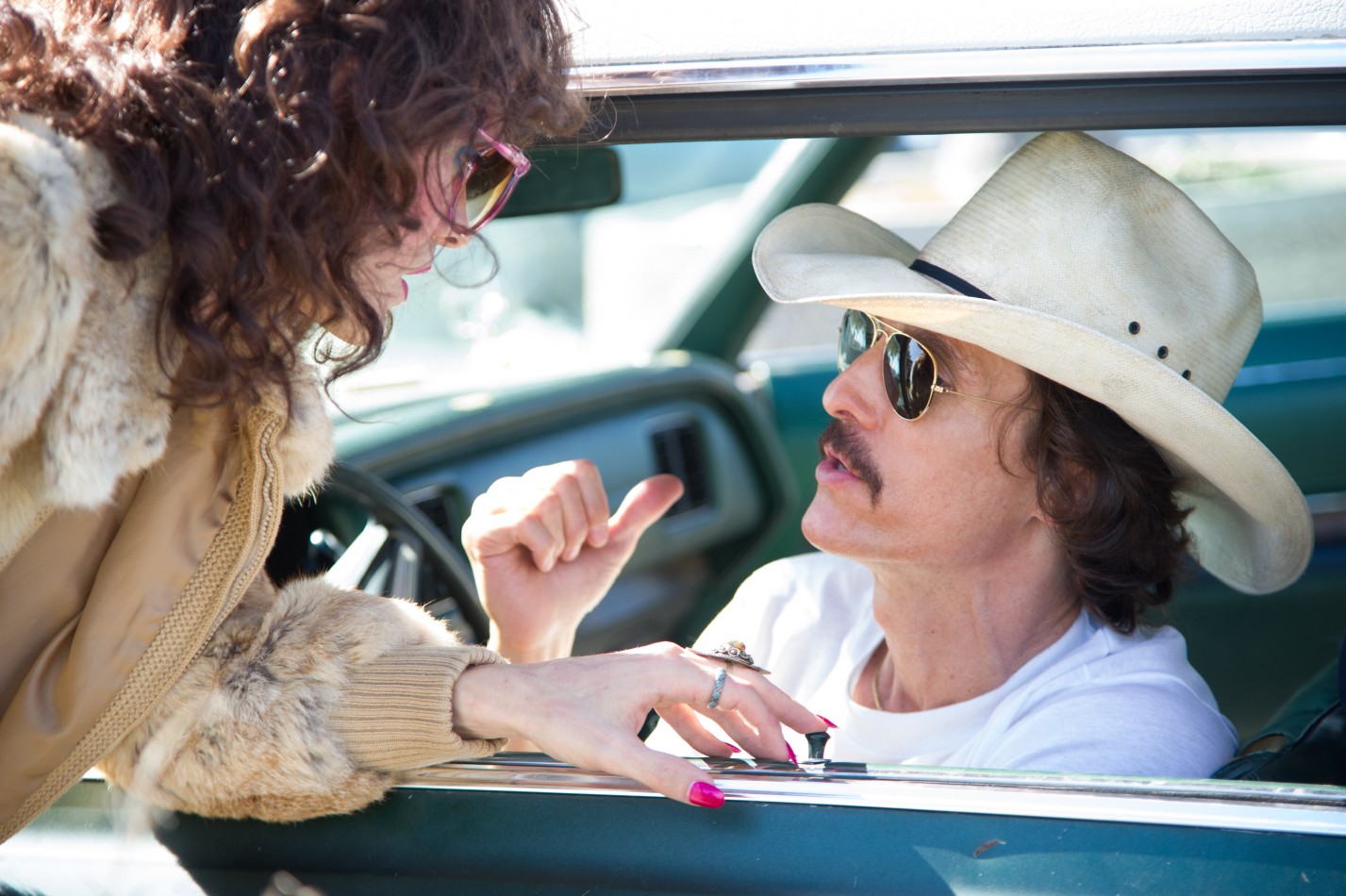 There’s a reason that Matthew McConaughey and Jared Leto both won Oscars for their roles in Dallas Buyers Club. It’s tells the true story of Ron Woodroff, a homophobic man diagnosed with AIDs in the ’80s, when it was highly stigmatised, who ends up illegally dealing unapproved pharmaceutical drugs to fellow AIDs patients. We defy you to not get even a bit weepy sitting through this. 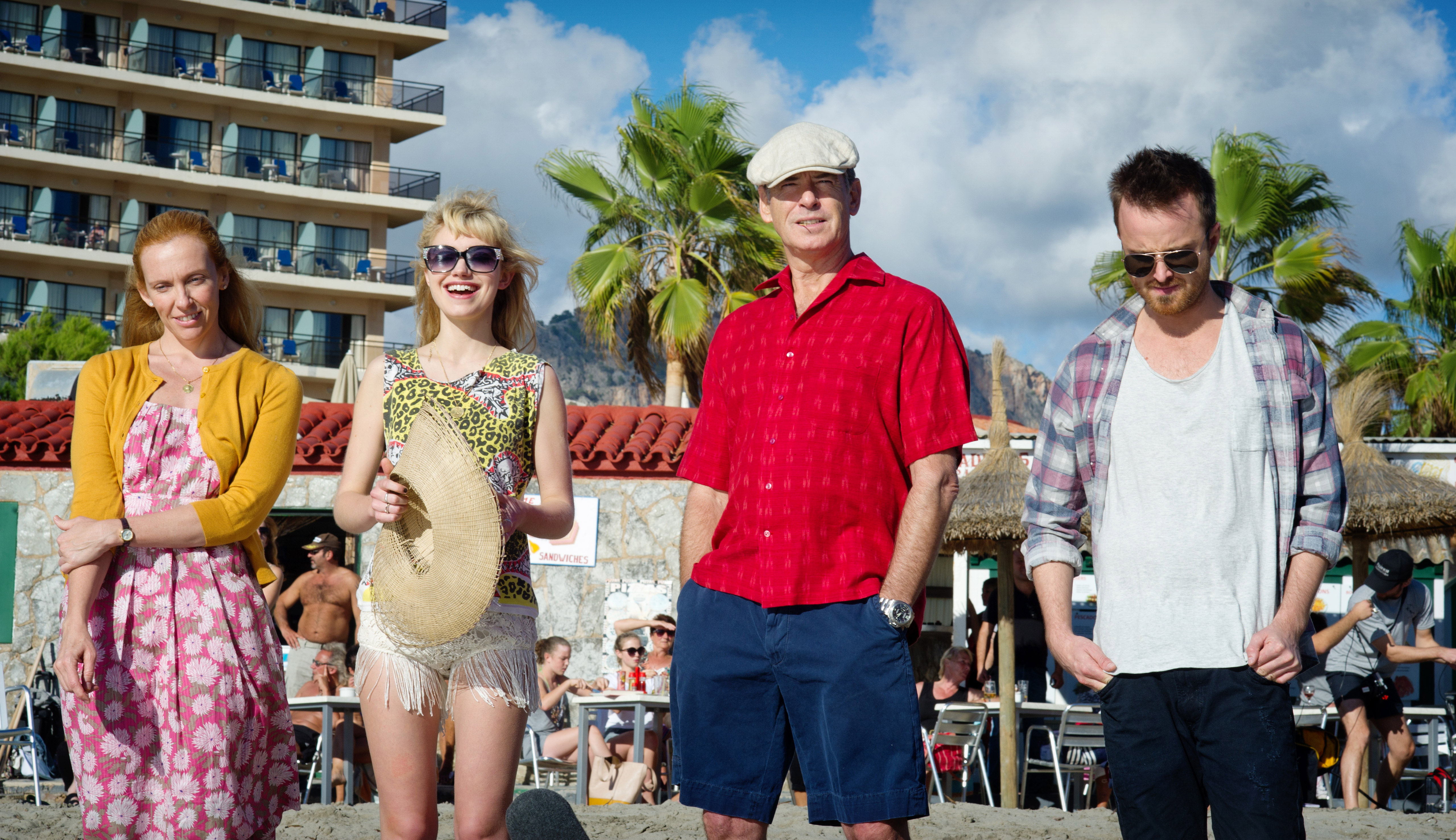 Originally a Nick Hornby book, A Long Way Down seems to be quite an underrated film in terms of popularity, despite having an amazing cast, and heartwarming story. This black comedy tells the story of four strangers who all meet on a roof on New Year’s Eve, where they’re all trying to kill themselves. Starring Toni Collete, Pierce Brosnan, Imogen Poots and Jesse Pinkman (I refuse to call him Aaron Paul), you can’t really go wrong.

You can watch A Long Way Down here. 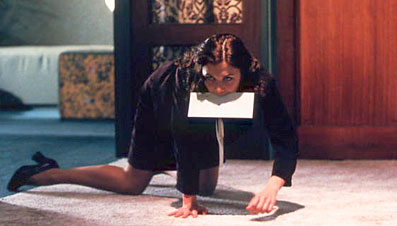 The original Fifty Shades of Grey, Secretary is better than the 2015 copy in every which way, including not taking itself completely seriously, a couple having actual amazing chemistry, and Maggie Gyllenhaal. If you haven’t seen it, you must watch it! It tells the story of a young woman, recently released from mental hospital, who becomes the secretary to a lawyer, and then enters into a sadomasochistic relationship with him. Sound familiar?

You can watch Secretary here. 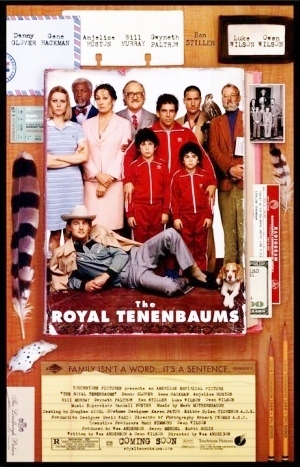 My favourite of all the Wes Anderson films, The Royal Tenenbaums is so funny and so emotional all in the same breath. You can’t help but love the family, no matter how dysfunctional they are, and Margot will never not be the coolest female character of all time.

You can watch The Royal Tenenbaums here. 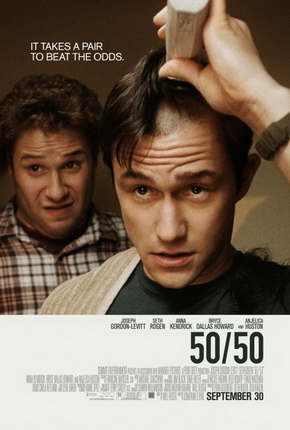 You see the poster for 50/50 and think ‘Seth Rogan in a cancer film? Really?’, but it works perfectly. There aren’t many comedies about cancer out there, but this film really gets the right balance of comedy and authenticity. Joseph Gordon Levitt manages to make you laugh at his tragic situation, while Rogan is the best friend you wish you had if you ever got cancer. 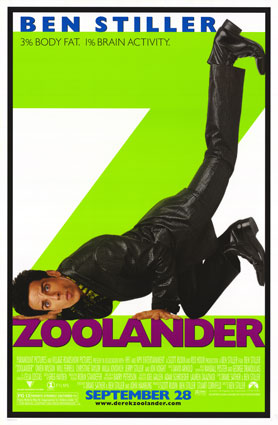 With Zoolander 2 being filmed right now, there’s no better time to watch the original on Netflix UK. It’s the story of Derek Zoolander, a model at the end of his career, who is brainwashed into killing the Prime Minister of Malaysia, as if you didn’t know, and gave birth to the Blue Steel pose we’re guilty of doing in every selfie.

You can watch Zoolander here. 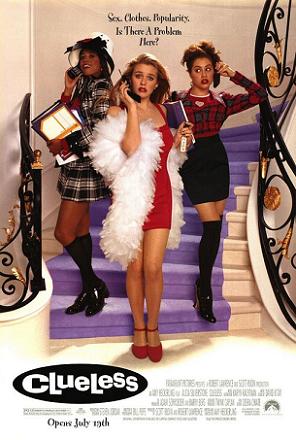 The classic chick flick, Clueless tells the story of Cher Horowitz, a spoilt Beverly Hills schoolgirl, and is still as relevant today, as it was back in the ’90s. And, yes, we’re still waiting on our colour-coordinated computerised moving wardrobe.

You can watch Clueless here. 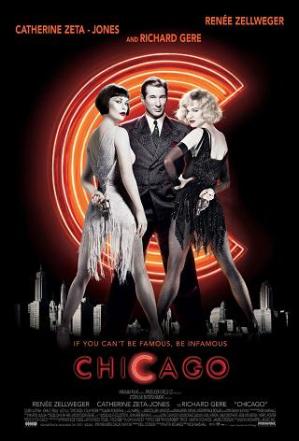 Chicago is the fabulous musical about women in prison, and Cell Block Tango was pretty much my sexual awakening. Think Orange is the New Black, but with singing and dancing. Plus, you get to see Renee Zellweger when she had her original face, as well as envy Catherine Zeta Jones, because she spends the entire film looking amazing doing huge musical numbers, while being pregnant in real life.

You can watch Chicago here. 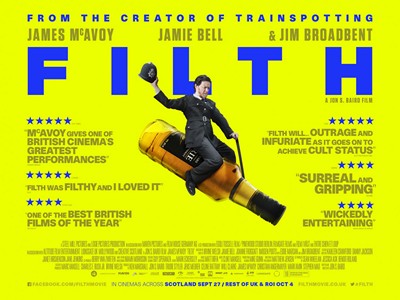 Filth sees James McAvoy as Bruce Robertson, a corrupt policeman just trying to get a promotion in every which way possible, while hallucinating more and more thanks to drink and drugs. An incredible film, in which we hate ourselves for still finding James McAvoy very attractive, no matter how disgusting he becomes.

You can watch Filth here. 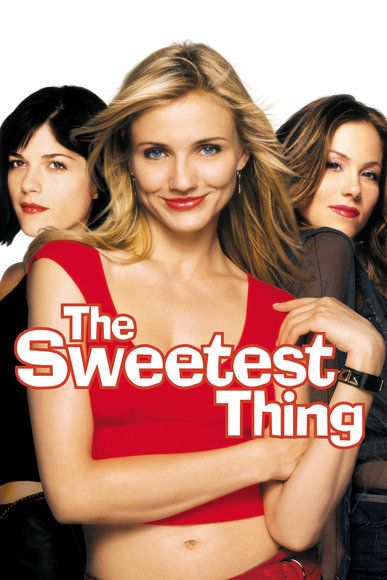 It’s not often you get an all-female comedy, but this one is, and it’s brilliant, although if you’re easily offended, it’s probably not for you. There’s a musical number all about penises (which was definitely my MySpace song at one point), and an en masse rendition of Aerosmith’s I Don’t Want To Miss A Thing, in order to unhook piercings.

You can watch The Sweetest Thing here. 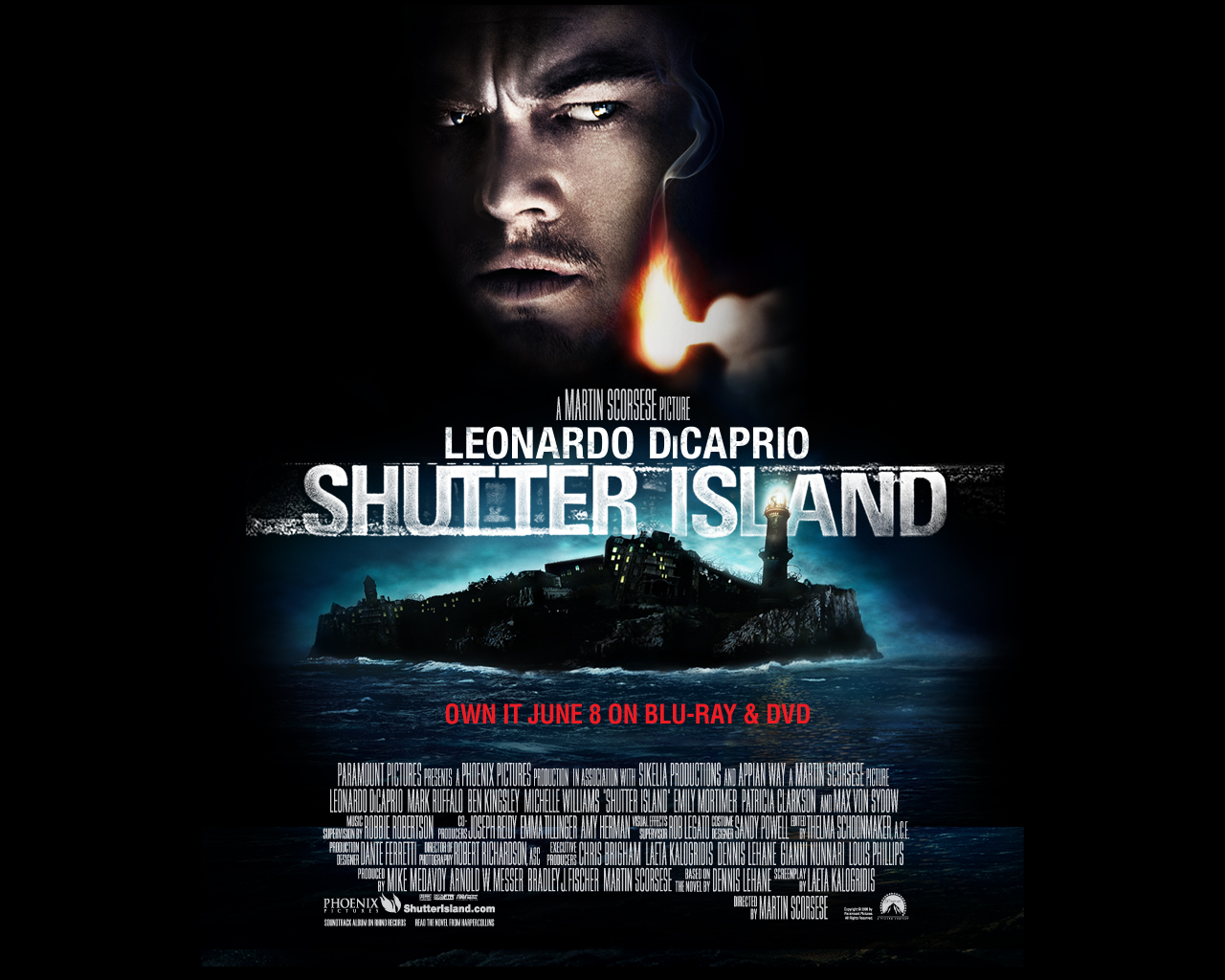 Leonardo DiCaprio is in Shutter Island, so obviously it’s going to be amazing, because has he ever been in an average film? The film sees US Marshal Teddy Daniels and his partner, played by Mark Ruffalo, arrive on Shutter Island to solve the mystery of a murderess who’s escaped from the fortress-like insane asylum. It’s an incredibly intense and mysterious film, and you WILL need to watch it twice.

You can watch Shutter Island here.