Warning: contains spoilers. But sorry, you’ve had 50 years to find them out.

Lady Gaga stormed the stage at the Oscars last night with a medley from The Sound of Music, and it was surprisingly beautiful. First it reminded us that, odd sudo-English accent aside, Gaga actually has a stonker of a voice. And secondly it reminded us (ok, me) how much we love, love, love the iconic film, which turns 50 years old next month.

But not everyone appreciates the charms of the Von Trapp family, and the Rogers and Hammerstein classic is often overlooked when people are compiling lists of the all-time greats – despite being clearly more wonderful than Citizen Kane and The Godfather combined (it has 100% more singing nuns, for a start).

So Gaga and I are here to beg you all you Do Re Mi-deniers to reconsider, with 11 reasons you should definitely watch The Sound of Music tonight… 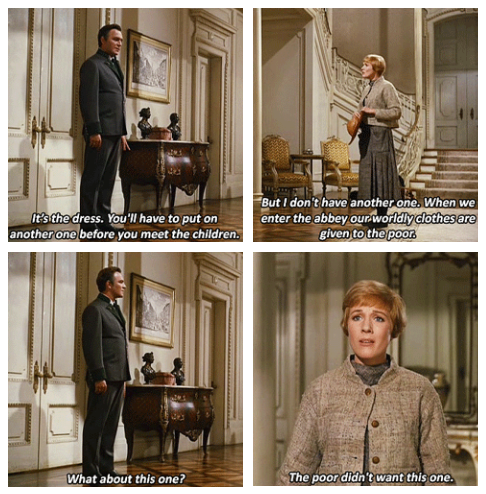 No but really, it is. Maybe it’s not laugh-until-you-wee hilarious, but there are far more lolz to be had from The Sound of Music than the cynics give it credit for. Morally dubious Uncle Max is basically a Wildean wit, while Maria is queen of the smartarse retort – and her singing nun pals are funny because nuns doing anything un-nunlike is always funny (see also: Sister Act, and to a lesser extent every stag party ever).

Try NOT to chuckle at the incessantly bowing Fraulein Schweiger, or the bit where Sister Margaretta and Sister Berthe confess that they’ve ‘sinned’ by nicking parts out of the Nazis’ car. Go on, try.

It’s not actually that saccharine

The Sound of Music is often written off by musical sceptics as being the sugariest of all the the classics ever to skip across the silver screen. After all, the combined effect of nuns, kids and Julie Andrews ought really to result in a kind of cinematic diabetes.

But not so! There are dark, serious themes at play here – politics, prejudice, facism, religion, bereavement, parent-child relationships, adolescent relationships, goatherd relationships, the healing power of music, cream coloured ponies and crisp apple strudels. Look past all the twirling on mountaintops, and you’ll find a film that cuts right to the very heart of the human condition.

And so what if it is?

Alright, Christopher Plummer thought the film was so hatefully syrupy that he referred to it ever after as ‘The Sound of Mucus’. But hey, these are difficult times – sometimes all you want to watch is two hours of good clean heartwarming family nun fun. Suck it up like pink lemonade, haters. 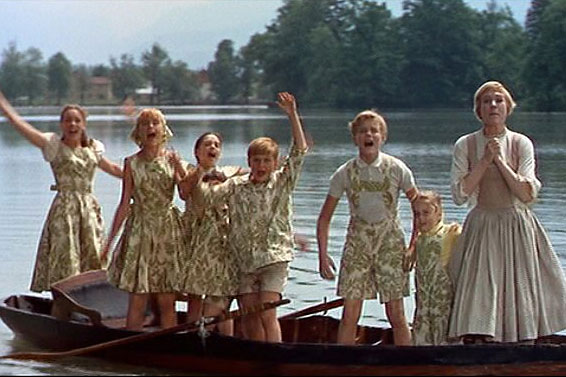 It’s inspiration to get nifty with a needle and thread

Sew, a needle pulling thread… laa, make a bangin’ cocktail dress out of your mam’s old curtains… Maria’s adventures in DIY design are a lesson for all of us in upcycling, as well as how to pull off bold baroque prints with a cute matching headscarf. The latest series of the BBC’s Great British Sewing Bee even had its contestants turning curtains into frocks last week, so there’s no better time to get your thimble out. Whether the Captain likes it or not.

Maria is a great role model

She has confidence in herself! So much that she sings a whole song about it! She cheerfully flouts the daft rules at the abbey, speaks her mind even when scared, and isn’t bothered about wearing a lumpen brown dress or having a slightly unflattering haircut. She has enough courage in her convictions to realise that life in a convent isn’t actually for her, but she’s not about to give up the habit for a couple of flirty looks from a millionaire without having a proper think about it first.

Maria has sound advice for every occasion, dances a mean Laendler and appreciates the little things in life – be they raindrops on roses, bright copper kettles, tapestry tote bags or a good hilltop view. You can almost imagine her Instagram feed.

Captain Von Trapp is the only shade of grey you need

Forgive the flagrant lack of discipline, Captain, but we’d give you a special whistle any day.

Von Trapp is the archetypal Mr Darcy figure, a man who starts off as a cold-hearted bastard but ends up as a stone-cold fox. He might lack friendliness and table manners, but he can play guitar, has a sharp line in tailoring and would rather carry children over a mountain range rather than go and work for Hitler, so on balance that’s probably ok.

The Baroness is a badass style icon

I mean, would you LOOK at that gold dress? Would you? The icy Hitchcockian blonde works such a flawless style that even now I think of in my head as ‘Baronessing it’ every time I wear a silky blouse or a bolero jacket.

And while she could easily have come across simply as a rich, mean child-hater who can’t play ball games, the Baroness actually displays a few hidden depths when she alerts Maria to the fact Captain VT fancies the wimple off her, and bows out to let the happy couple sing the film’s most boring song. A cool customer.

In another film, Maria might have got it on with the Captain behind a hedge at the ball, followed by a wronged Baroness throwing a drink in her face while Von Trapp stood smugly by, whistling. Liesl would probably have let Rolfe come back for another spin around the summer house, provided he sent her a few telegrams and stopped being quite such a massive Nazi.

But those things didn’t happen, because the Sound of Music is eminently sensible about love. Instead, Maria backs off from a potential employer/employee harassment suit to think about her true feelings with a warbling Reverend Mother, the Baroness realises she’s barking up a tree that doesn’t love her back and disappears with her coiffure and dignity intact, and Liesl’s new stepmother advises her to chill for a few years because after all she’s only 16, and should probably shack up with someone who isn’t a Nazi.

“My desires are… unconventional.”

The ending is magnificent

Just as you think it’s all going to be kissing and wailing nuns, the film’s final half hour takes an exhilarating turn. You can keep your CGI chase scenes, there will be no greater thrill for me than the moment the family almost escape gun-toting Nazis by standing very quietly in a graveyard, then go for the more feasible strategy of ‘let’s just walk to Switzerland’.

That last idyllic shot of the Von Trapps striding over a sunny mountain top can probably be blamed for at least 40% of all the over-ambitious family walks any of us have ever been on. 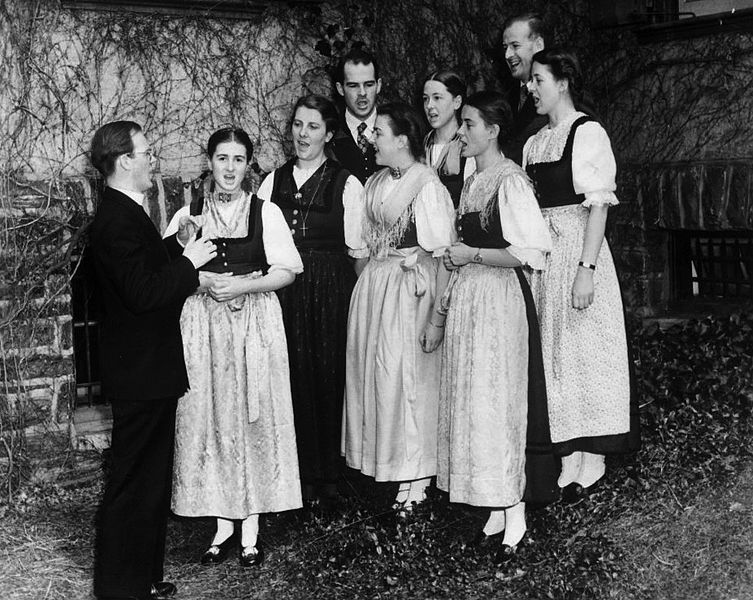 The extra bonus joy of The Sound of Music is finishing the film, wiping away a tear, and then remembering that the whole thing actually happened! Or, ok, some of it didn’t – but enough of it did that you can happily lose a good hour to Wikipedia afterwards.