Twitter may well have been overtaken by Instagram of late, but it’s still an incredibly powerful internet tool. Nothing spreads news quite like it, so yes, we may now be four days into the new year, but it’s worth casting our minds back to see what we can learn from the Twittersphere of 2014 – with the click of a retweet button, millions of pairs of eyes can view a single story, and that’s how Twitter came to disseminate some of the most important messages of 2014.

There was the No Make-up Selfie craze which encouraged women to share bare-faced photos of themselves across social media platforms, particularly Twitter, while making a donation, raising an incredible £8 million for Cancer Research UK in just its first six days. The #nomakeupselfie hashtag had been used 51,000 times on Twitter by the end of March, and had spread across the world. 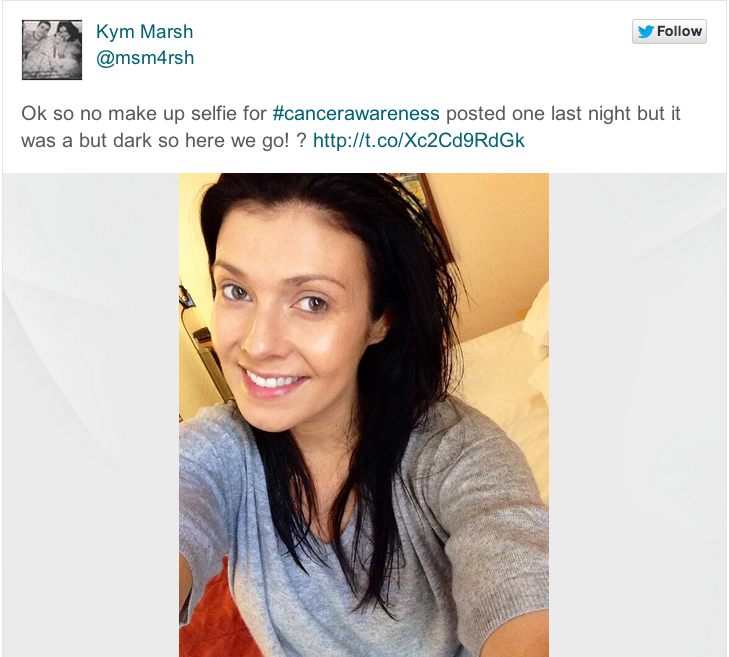 It brought the phenomenally successful Ice Bucket Challenge in tow, in which participants filmed a bucket of icy water being dumped over their heads before nominating others to do the same and making a donation to the Amyotrophic Lateral Sclerosis (ALS) Association. Many celebrities jumped on board including Justin Bieber, Benedict Cumberbatch and Donatella Versace, and the results were staggering: from 29 July to 28 August 2014 ALS received $98.2 million – compared with $2.7 million donated during the same period in 2013.

The British equivalent, Motor Neurone Disease Association (MND), and the charity WaterAid also benefited from donations. While most videos were uploaded to Facebook or Instagram, according to the BBC, Twitter proved useful in raising awareness as well as money: ‘As of 29 August the ice bucket challenge had 4,483,726 Twitter mentions. ALS Twitter followers had increased from 8,975 in early July to 21,100, while MND had over 6,000 new followers.’

Then there was Stephen’s Story, the heart-wrenching plight of terminally-ill, 19-year-old Stephen Sutton, whose story was spread via social media. A host of celebrities, including Jason Manford, Steve Coogan, Sarah Millican, Russell Brand, Noel Fielding, John Bishop, Johnny Vegas, Paul Whitehouse and Jack Whitehall, helped Stephen’s story go viral with tweets urging people to donate using the trending hashtag #thumbsupforstephen. His positive attitude was an inspiration to all, and donations flooded in to the Teenage Cancer Trust – Stephen’s JustGiving page has surpassed £4.5 million to date.

There have also been some touching and brilliant individual tweets this year. When Latvia’s Foreign Affairs Minister, Edgars Rinkēvičs, decided to come out as gay on Twitter, it predictably triggered a media storm. In this traditional Eastern European country where same-sex marriage is banned, where you can still be discriminated against in the workplace on the grounds of sexual orientation, and where gay pride marches are met with angry protests, it was a significant step for a politician to come out so unequivocally – and Twitter provided the ideal platform for this purpose.

I proudly announce I'am gay… Good luck all of you…

And Twitter can help with happy endings, too. Just last month, it was discovered that the Canadian man searching for someone to share his round-the-world trip with had found his match. Jordan Axani, 28, and his girlfriend at the time, Elizabeth Gallagher, booked flights to several enviable destinations – but when their relationship ended, he didn’t want her ticket to go to waste and it had a strict no-transfer policy. So Jordan decided to search for someone else with the same name, and posted a plea on Reddit offering the tickets free. The news spread via social media, and soon people were tweeting about it, too.

What a lovely offer…if only I was named Elizabeth Gallagher < Man offering free round-the-world trip after break-up http://t.co/taPJJCqrqF

So whether it’s making us laugh, providing us with a cocktail of brilliant quips from inspirational people or making us want to spread awareness of a good cause, Twitter has certainly pulled its weight of good karma this year. Here’s to more of the same in 2015!