From picking up a penguin to ditching our PSL, here are the hashtags you need to know about from the past week.

It’s a hashtag that rarely dips far below the radar, but this week Twitter is mostly boycotting Starbucks because of the company’s new employee dress code, which now allows tattoos but bans ‘unnatural’ hair colours (we’re guessing head office are a little hazy on the origins of golden highlights), bracelets and rings with stones in them.

Cue furore on behalf of staff who can’t wear their engagement rings at work, followed by the inevitable backlash of ‘this is nothing new! Food safety rules are the same everywhere!’, then the collective virtual pouring of a thousand pumpkin spice lattes down the drain. Will we have forgiven them by red cup season?

After hearing about @Starbucks ban on wedding/ engagement rings I REFUSE to go there. Who else is in? #boycottstarbucks

Clearly the “boycotters” have never worked in the service industry. Find something better to complain about #BoycottStarbucks — Kristin Proctor (@ohemgeekaypee) November 6, 2014

Of course, John Lewis probably hoped #MontythePenguin would be the hashtag we would all embrace when it dropped/unveiled/detonated its Christmas ad on Thursday. But in our fourth year of the teary tradition, left confused as to whether we want a cuddle or a moderately priced bedding set with matching valance sheet, Twitter was wise to JL’s game – and lo, #FutureJohnLewisAds was born.

Full of all the drama, Dowagerisms and artfully-angled hats you would expect, last night saw Downton Abbey season five come to a climax in suitably ridiculous style. Because the 20s are now fully roaring, there were drunk housekeepers, stag parties, dickie bows, debauched flappers and so many plugs for the splendours of culture in the capital that we pretty much assumed the whole thing was sponsored by the London tourist board.

Teen hormones, meme power, a debate on how creepy it is to take photos of strangers, a corporate hoax, a corporate lie… this story had it ALL. When a covert picture of the One Direction-esque 16-year-old checkout attendant went viral last Sunday, Alex found fame so fast it made the old ‘go on X Factor’ plan look positively long-winded and tiresome.

A week later he’s got 500,000 new Twitter followers and has appeared on The Ellen Show, while marketing company Breakr tried to claim credit for the whole phenomenon (and even him, possibly, like Frankenstein for the digital age) by saying it was actually a marketing experiment. Then Alex (or ‘Alex’) responded to say he’d never heard of the marketing company, and the layers of meta meme trickery piled up to such an extent that everyone had to have a lie down. Whatever the truth, it hardly matters – we don’t have Target over here anyway.

Crazed teens on twitter found #AlexfromTarget in about an hour. Where were you when Harry was looking for Horcruxes?

He’s not dead, folks! Christmas will be going ahead as planned.

Though internet death hoaxes are nasty and tedious, this one did give us all a chance to crack out a suitable emoji. 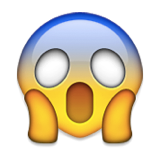 He gets up when he wants, except on Wednesdays when he gets rudely awoken by the wits of the internet. Russell Brand’s ranty linguistic gymnastics met their match this week, when Twitter decided to punctuate each revolutionary ramble by shouting #Parklife back at him.

It gave everyone an enormous sense of wellbeing…. until Brand himself joined in and promptly ruined it.