Whether you see Halloween as a chance to dress up in something glam, show off your ‘geek’ cred, or simply scare the neighbourhood children (serves them right, begging for sweets like that), there’s a costume to suit your every whim. But choosing one with just a few days to go can be overwhelming. So we’ve gathered 10 of our favourites here, to quell any last-minute ‘I don’t know what to wear!’ anxiety you may be experiencing… 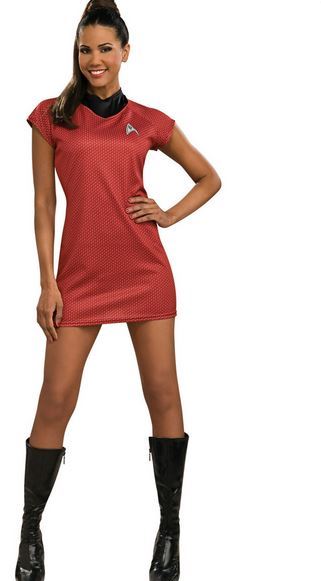 One of the classic characters from the original series, Nyota Uhura and her outfit got a new look for the new movies. Slip into this racier version of the SS Enterprise uniform, add some knee-high boots, and set your phasers to… stunning. (#sorrynotsorry) 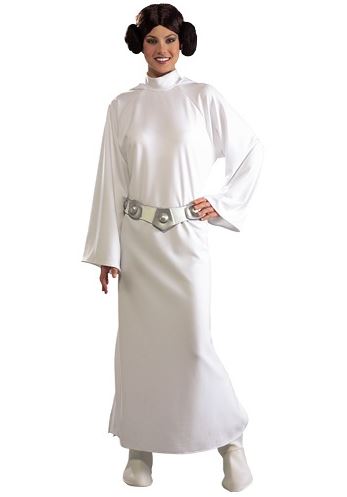 It’s practically illegal to not include the most iconic female sci-fi character of all time in a costumes round-up, but it can be tricky to find the right outfit if you don’t want to dress as slave Leia or ‘I’m sure her dress was longer than this in the movies’ Leia. This one fits the bill, though, and (30 Rock spoiler alert) also allows you to look like Liz Lemon on her wedding day.

Partygoers, assemble. If you can’t decide between ballerina, gymnast, or martial arts expert with lightning-fast reflexes, why not dress up as one character that possesses all those skills? Unleash your inner Scarlett Johansson with this sexy Avengers ensemble, and if you’re lucky, you might run into a Mark Ruffalo of your own. (A girl can dream.) 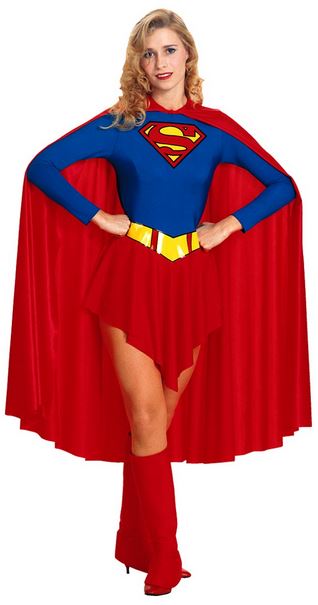 With the (now-confirmed) new Supergirl TV show coming next year, now’s your chance to get ahead of the crowd and celebrate a superheroine who’s perpetually in the shadows of Wonder Woman and Catwoman but worthy of celebration in her own right. Plus, the cape doubles as a shawl/makeshift hood if you’re actually going trick-or-treating. 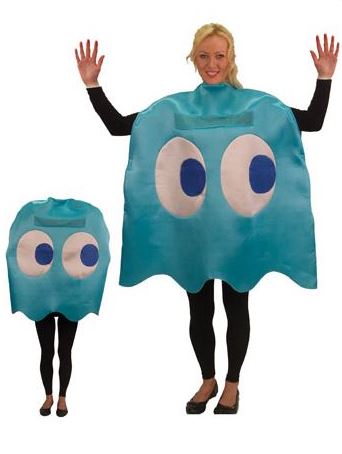 Proving that not every lady fancy dress costume has to be slinky, this one is Inky, the blue ghost from Pac-Man. For best effect, you should probably scuttle around the party, running through other people’s food. It might not make you many friends, but it will be authentic, and that’s what really matters. 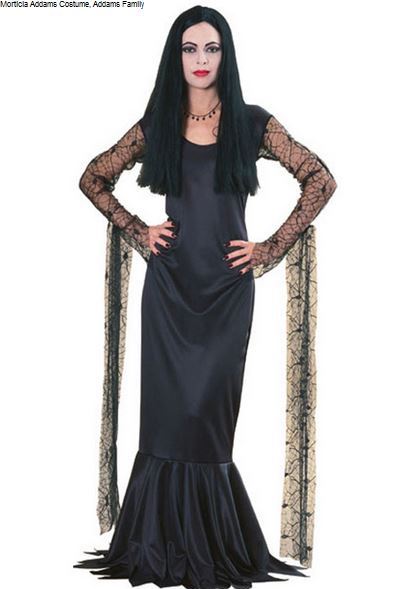 There’s a reason she’s a yearly classic, and that’s because she’s the perfect Halloween character: vampish, witchy, mysterious and spooky, yet always completely glamorous. Plus if you walk around a party pouting and flinging catty comments over your shoulder, you’re not being rude, you’re just being method.

Channel Mrs Addams for £39.99 from Escapade. 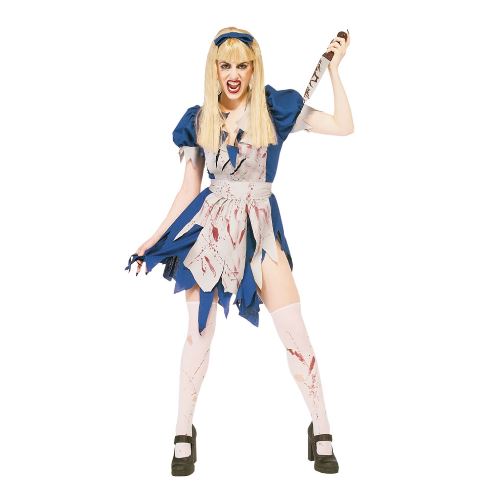 If you find the traditional Alice in Wonderland costume a bit sickly sweet (or borderline creepy on anyone over 12), this nightmarish version might be more up your street. The dress is pre-blood splattered for your convenience, you don’t have to worry about accidentally ripping anything, and you’ll scare small children and animals wherever you go. 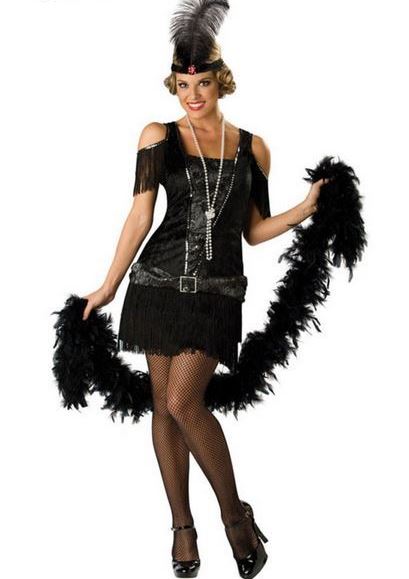 Flappers’ dresses used to be considered scandalous, but now you’ll just have to settle for glamorous. Of course, if you really want to do the whole Louise Brooks thing, you’ll need a cigarette holder, a bobbed wig, and some killer Charleston moves. (Stick to real gin instead of the bathtub kind, though, please.) 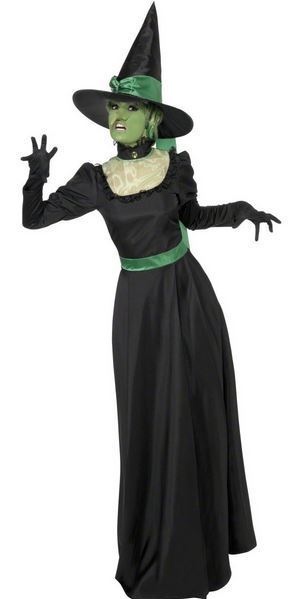 Whether you’re more Elphaba, Grotbags, or the original Wicked Witch of the West, green witches have a long tradition of scaring children witless, which people tend to frown on any other time than October 31st, so now’s your chance to really go for it (and cover up any dark circles or zits at the same time: win-win). 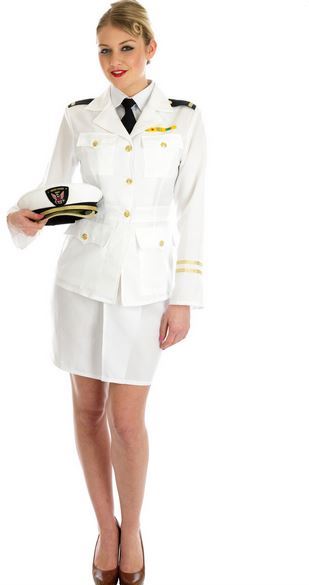 It’s about time we ladies had the chance to gender-swap this classic Officer and a Gentleman look. Make the other guests stand to attention and then sweep your partner off their feet in your crisp faux-Naval whites. (Just be sure to do some stretching first).