For those of you who don’t know, Cortana is the Windows Phone virtual assistant. She’s like Siri, but is generally considered as being far superior that what Apple has to offer. Rumours have indicated that Cortana would be making the jump to desktops with Windows 9, and these screenshots seem to confirm it — as well as letting us see her in action.

According to WinFuture Cortana will be used for setting reminders, and will likely have the same voice search options that are present in Phones running Windows Phone 8.1 — though there isn’t any evidence of this latter feature just yet.

The rumours aren’t based on nothing, as you can see, and Microsoft has previously mentioned that Cortana would not be restricted to Windows Phone devices. The problem is that it failed to mention when Cortana would make the multi-platform jump, however something as important as Windows 9 is the perfect opportunity for it to occur.

Windows 9 is expected to be officially announced on 30th September, with the Technical preview being announced sometime afterwards. The leaked screenshots of Cortana can be found below. 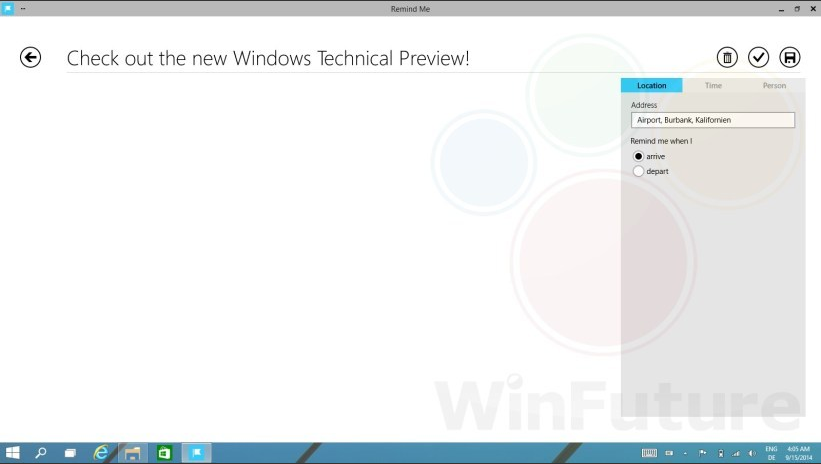 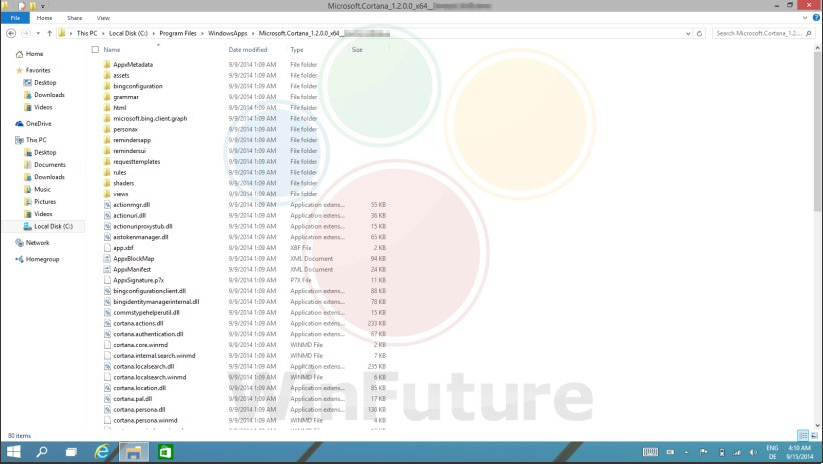