Another instant messaging app with all the features you’d expect, including group messaging, voice notes, photo sharing and knowing whether your friends have read your message, but Blackberry Messenger has that extra bit of privacy, as opposed to WhatsApp, as your contacts need your BBM pin to add you as a contact.

Broadcast messages are a unique function to BBM too. These are messages that can be sent to multiple contacts at the same time, but allows friends to reply to you separately. Beware though – these broadcast messages are a very easy way for a ‘friend’ to grab your phone and send everyone a prank message to see what comes back.

BBM Channels are another unique feature, where you can join conversations with people who share your interests on certain topics.

As BBM uses unique pins rather than phone numbers, you can choose who you share your information with, and the app requires 2-way opt-in to begin chatting to someone, which other apps, such as WhatsApp don’t have. So, you get contacts by adding someone else’s BBM pin, and then you can chat once they’ve accepted.

Back in 2009/2010, it seemed like anyone who was anyone had a Blackberry, and, thus, had BBM, but then once more and more smartphones came out, it just slowly seemed to die out.

However, since BBM started being rolled out to Android and iOS in October 2013, the amount of users has increased again, and, as of March 2014, BBM has about 85 million monthly users, and 113 million registered users.

You can download BBM for free from the App Store  and Google Play. 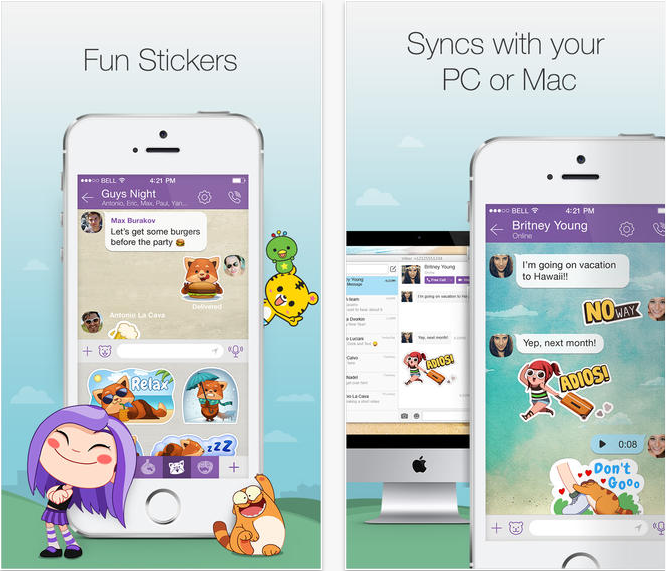 Again, Viber has everything you’d expect from a chat app, but it also includes voice calling, so you can use it to speak to your loved ones if you’re travelling abroad. Since December 2013, Viber also includes a feature called Viber Out, which allows users to call mobile and landline numbers, i.e. people not using a Viber app.

Upon installation, Viber creates an account using the user’s phone number as a username. The app synchronises with the phone’s address book, so you don’t need to add contacts in a separate book as they’re there straight away. Your friends will all be notified you’ve downloaded Viber too, so no need to notify them of that!

As of February 2014, Viber has over 100 million monthly active users from its 280 million global registered users.

You can download Viber for free from the App Store  and Google Play. 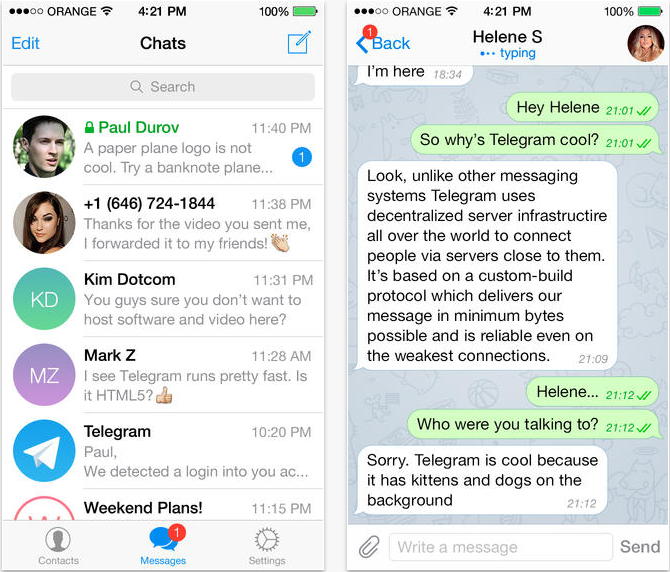 Telegram claims it’s more secure than mass market messengers like WhatsApp and LINE, and features two types of chats; ordinary and secret chats. Ordinary chats use client-server encryption and can be accessed from multiple devices, while the secret ones use end-to-end encryption and can only be accessed from the two participating users, meaning not even the Telegram administrators can see your conversation. Messages, photos and videos in secret chats can also be set to self-destruct in a set period of time after being read, much like Snapchat, except this feature also includes documents, so great if you’re in the Secret Service!

In March 2014, Telegram announced that it had reached 35 million monthly users and 15 million daily active users.

You can download Telegram for free from the App Store and Google Play. 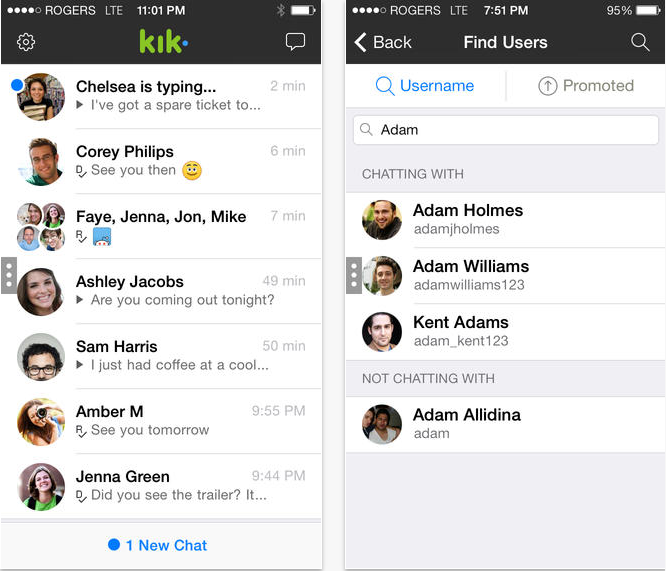 Kik is just like any other instant messaging app, giving users the ability to share photos and messages, but what makes it that little bit different is the fact you can sketch drawings to friends too, as well as send links to web pages to browse within the app.

Once downloaded, Kik requires users to register a username, so you can only speak to contacts whose usernames you know.

You can download Kik for free from the App Store or Google Play. 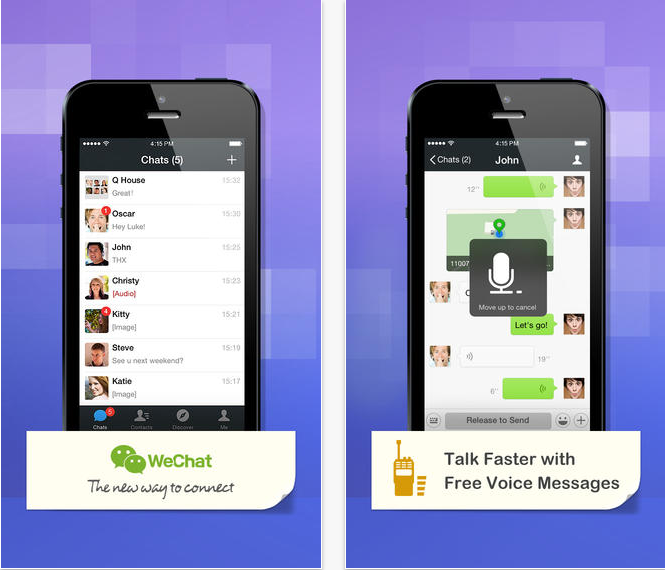 WeChat provides text messaging, voice messaging, broadcast messaging, like BBM, sharing of photographs and videos, and location sharing, so all the usual stuff. However, it can also exchange contacts with people nearby via Bluetooth, as well as providing various features for contacting random people, like Meow Chat.

Registration is completed through Facebook, email, or SMS, depending on what you decide.

Download WeChat for free from the App Store or Google Play.