With special apps which promise to map you the best cycling routes, lights that make night cycling safer, bike-friendly lorries and the popularisation of peer-to-peer bike rental, this year has already seen cycling thrust into the limelight, partly fuelled by the horrifying increase in cycle deaths in the capital.

Against this backdrop, there have of course been some brilliant bicycles emerging as well, many of them aimed at city-dwellers. Cycling is becoming more and more sophisticated, and serious cyclists and casual riders alike can take advantage of what’s on offer. We decided to do a round-up of the best pedalled paraphernalia of 2014 so far… 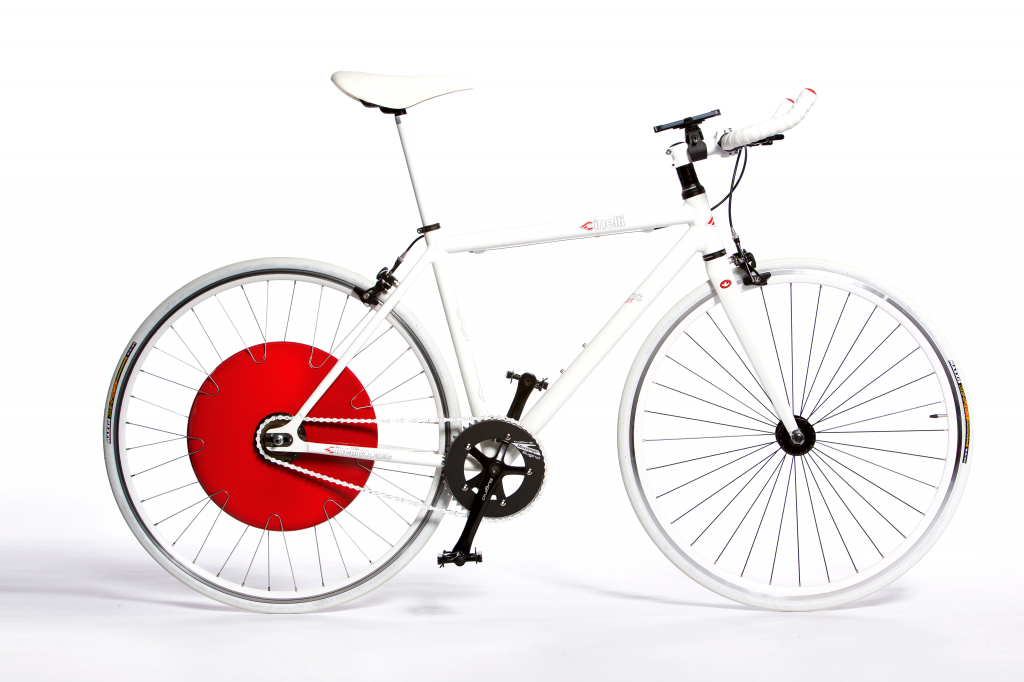 BEST FOR: those who live in a hilly place like Sheffield or San Francisco; those who have a tricky, congested or polluted commute; if you’re a bit unfit or just need a helping hand on hills.

The Copenhagen Wheel, made by Superpedestrian and incorporating exclusive technology from the Massachusetts Institute of Technology (MIT), really smooths out your cycling experience. In its back wheel contains a removable, 48-volt lithium battery, an embedded control system and wireless connectivity, which works with the corresponding app on a smartphone to give you a whole host of options.

The app automatically tracks calories burned, air pollution levels and information about your cycling ability(!) as you ride, as well as providing options such as ‘Flatten My City’ which, when activated, causes the battery to give you a power-assisting ‘boost’ when it senses your pedalling efforts are increasing, making your route feel altogether easier if it contains steep gradients. The app also allows you to change the bike’s gears or unlock it when stationary, via your phone. The whole bike system is completely wireless, aesthetically pleasing and gets a gold star for its eco-friendly intentions!

The Copenhagen Wheel is the appropriate namesake of one of the most cycling-progressive cities in the world. It’s available for pre-order here for $799 (£472). 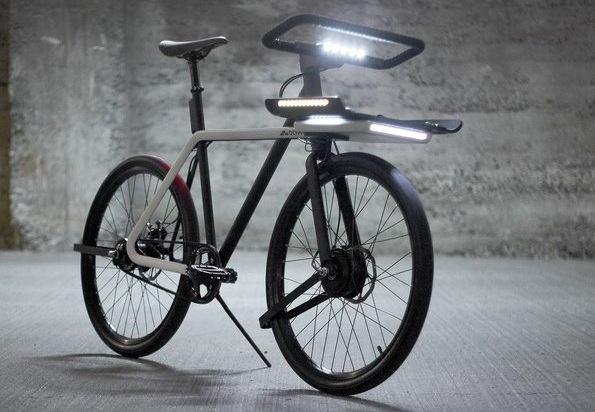 BEST FOR: those who want a smart bike which is fully functional in a fuss-free way; those navigating busy cities.

Seattle-based designers are creating a bike which is all about enhancing your ride in a really helpful way. It incorporates a range of smart features which make it very impressive. Like the Copenhagen Wheel, the Denny can give you a boost when you’re struggling (using a removable electric motor); it also boasts automatic gear shifting, and here’s the best bit: its detachable handlebar also doubles as a lock!

For Londoners, the in-built front, rear and brake lights would be a welcome addition when meandering through the busy streets at rush hour, as well as the Denny’s integrated turn signals and smart, daylight-sensitive lights which react to the surroundings.

The Denny is only in its prototype stage at this point, but you can vote here for it to win a US-wide competition which will see it go to retail. 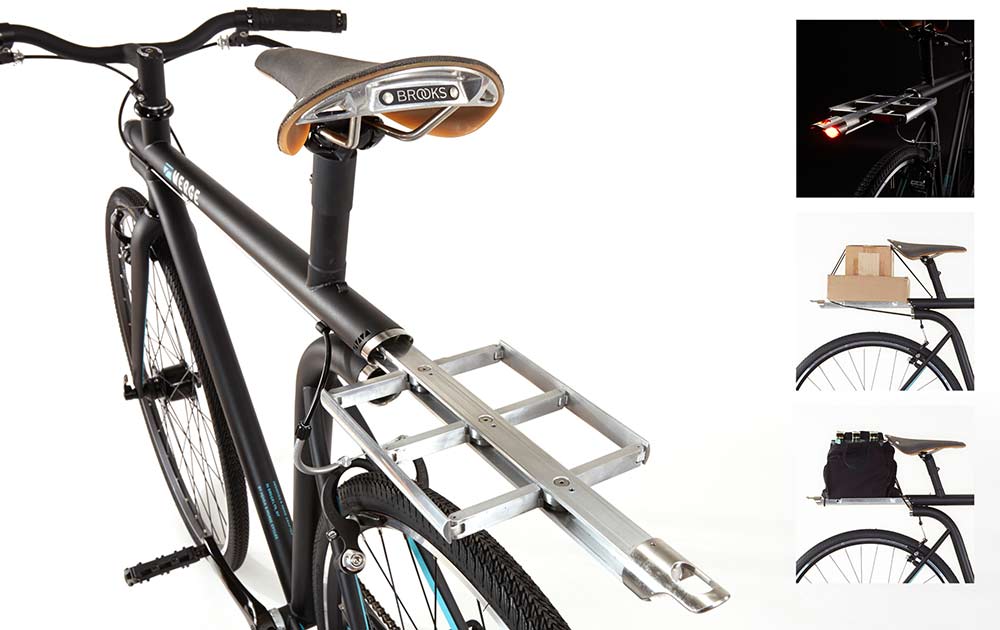 BEST FOR: those who want lots of cool features in one compact bike which can cope with the challenges of city landscapes.

Designed by Brooklyn-based collaborators Pensa and Horse Cycles, this all-in-one, compact bike hosts an array of hidden components to make it the ultimate companion to the modern city-dweller.

There’s a retractable mudguard with pull-out bungee cord to secure your bags, while a USB port linked to a small generator will charge your gadgets as you ride, keeping them safe in a small pouch. The pouch also contains a U-lock. Everything is cleverly compressed to expedite a nifty cycling experience on congested roads, also making storage easier in squeezed spots.

“In New York, as well as in many cities, we’re dealing with extreme space constraints: tight living quarters, streets crowded with pedestrians and cars,” one of the designers explains in this video. “This led us to the idea that Merge needed to be a tight, compact and nimble ride, giving its rider confidence to navigate those spaces.”

Like the Denny, Merge is unfortunately not available to buy (yet). However, it’s been entered in the same competition, so you can vote for your favourite here and we’ll hopefully see it for sale sometime in the next year! 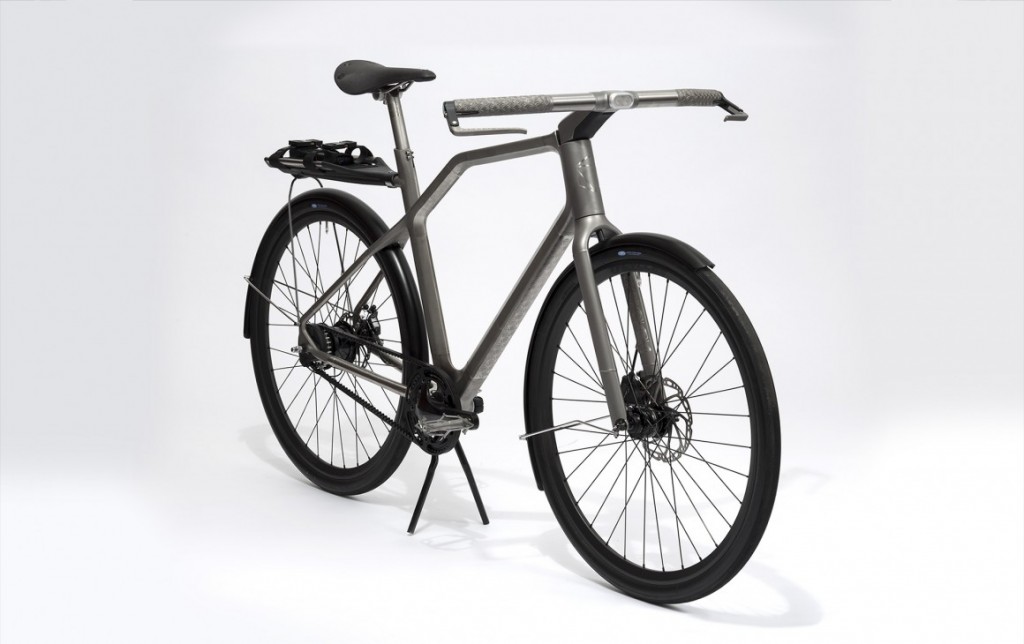 BEST FOR: those who want to maximise on learning new routes while taking advantage of some very impressive integrated tech.

Another entrant in the Oregon Bike Design Project, this bike has been dubbed ‘SOLID’ by its team of creators at Industry and Ti Cycles in the state’s largest city, Portland. 3D-printed in titanium, it’s described as a ‘lifestyle bike’ and has an integrated ABUS lock, making it both smart and reliable.

When partnered via Bluetooth with the ‘Discover My City’ app, riders can experience whatever terrain they choose as a haptic feedback system (vibrations in the handlebars) guides you through the different journeys available within the city. It’s also got a brilliant GPS module which could also prove useful should the bike get stolen, allowing you to track its movements.

You can vote for SOLID to win here.