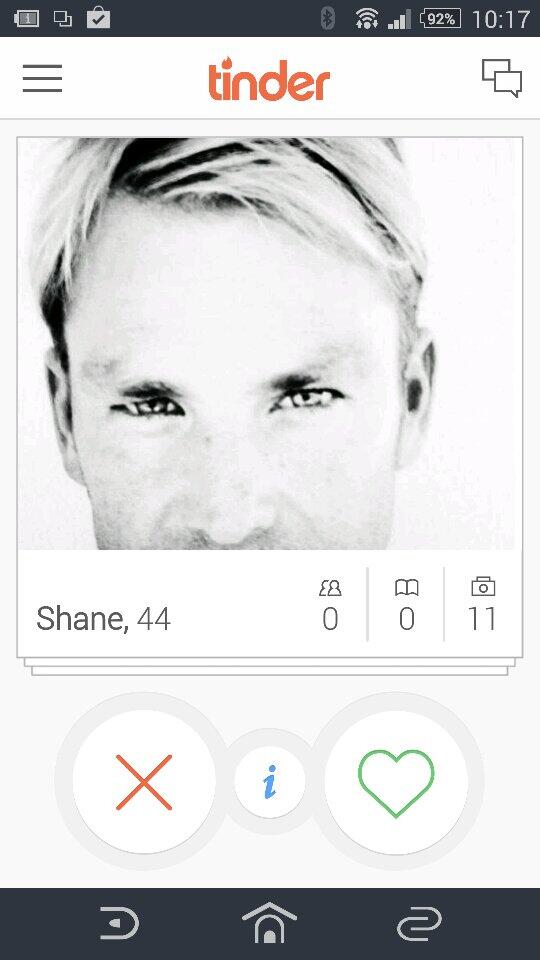 We're not sure we'd swipe right to him now that his face looks like it does though. Sorry Shane!