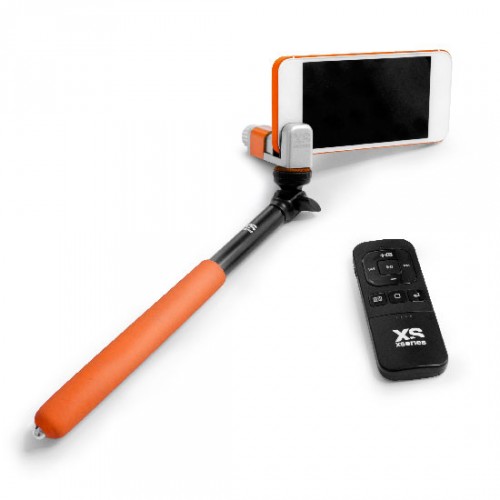 Yep, it's a state-of-the-art selfie stick. And we know, it seems (and looks) pretty ridiculous at first, but take it to a gig, festival or lazy Sunday in the park "just for a joke" and we guarantee your mobile photography habits will never be the same again!

Simply attach your phone and extend the arm up to 93cm, so you'll never have an unflattering big arm selfie again and EVERYONE can squeeze into those group shots, too. It's particularly handy for festivals as you'll be able to get more of the crazy atmosphere in your shots, rather than just your sleep, muddy and drunken smile.