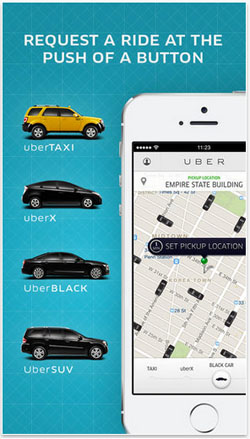 London’s black cab drivers aren’t happy about Uber and plan to bring “severe chaos” to the capital as a protest against the growing popularity of the smartphone taxi-booking app.

As if the capital’s cabbies weren’t already grumpy enough, they’re now planning to bring “chaos, congestion and confusion” to the streets of London because, in their eyes, Uber is illegal.

According to The Licensed Taxi Drivers Association (LTDA), the way Uber operates and calculates its fares is akin to using a taximeter, which isn’t allowed to be installed in private vehicles.

The LTDA and the cabbies have made a number of complaints to TfL and if their concerns aren’t taken seriously soon, Steve McNamara, the LTDA’s general secretary, suggests they’re going to hold a protest by clogging London’s busiest streets and causing “chaos”, which sounds annoying and not to mention eerily ominous.

This isn’t the first time Uber has courted controversy, as it’s been banned in Brussels, is facing legal action in Berlin and has been met by other protects across the US and in Paris.